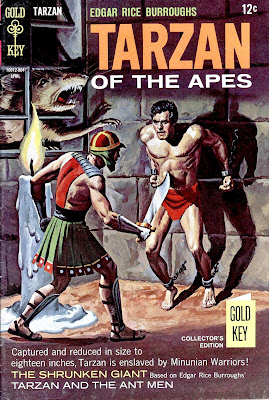 We have returned with the second part of Edgar Rice Burroughs’ Tarzan and the Ant Men, first published in serial form in 1924, and as a Gold Key two-issue comic book in 1968. Go back to yesterday’s posting for part one.

As I mentioned yesterday in my introduction to part one, The Grand Comics Database credits Mike Royer with helping Manning on #175, based on an identification of the inks by Alberto Becattini.

The fantastic painted covers on both issues are by George Wilson. 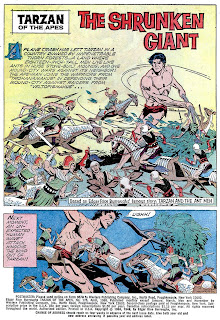 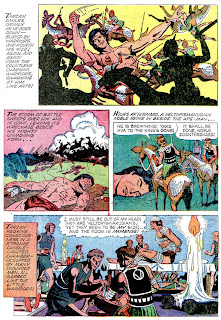 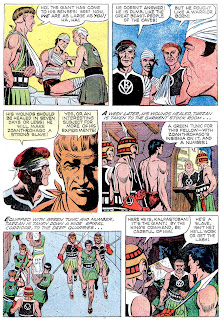 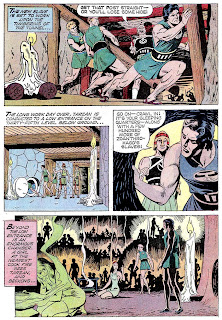 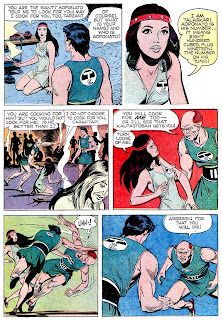 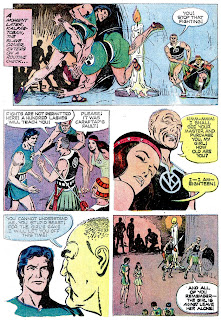 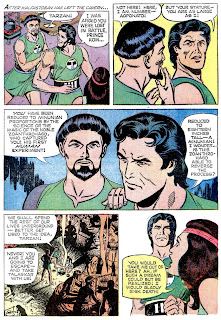 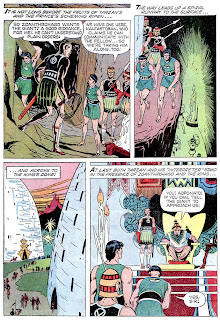 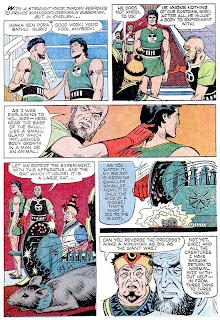 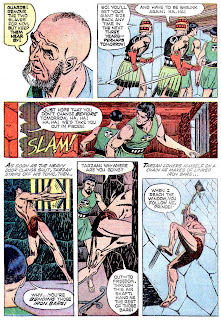 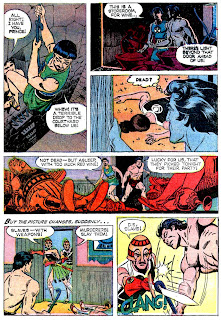 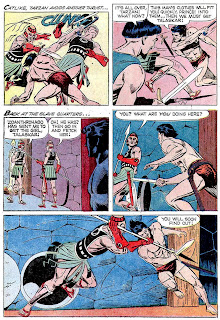 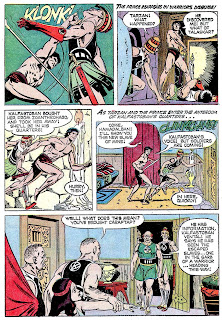 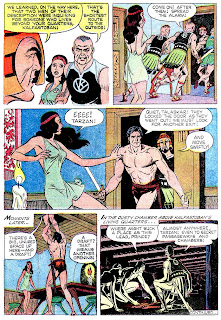 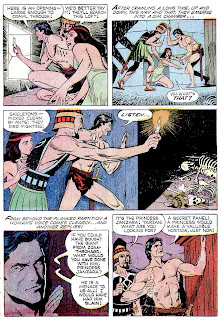 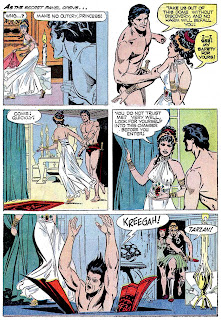 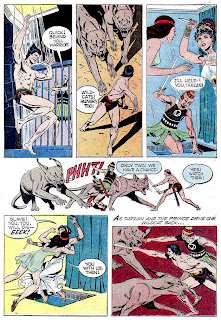 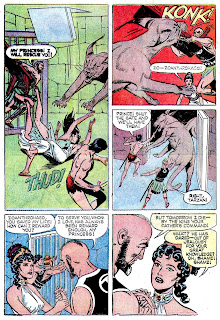 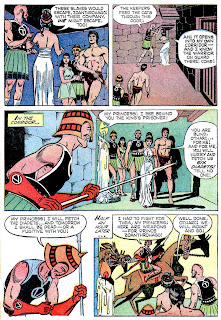 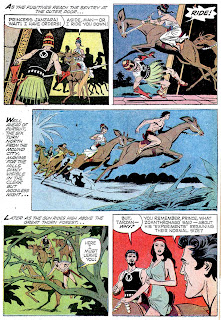 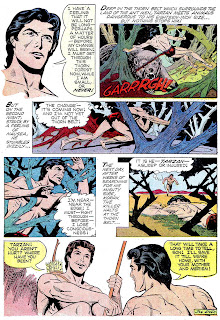 As I read that last panel, Tarzan promising to tell everyone the story of his adventure, I can just imagine Jane’s reaction. “You expect me to believe you’ve been gone for weeks and you were shrunk down to 18 inches? You think I buy a cockamamie story like that? You’ve been with La, haven’t you, you cheating bastard! You go sleep in a tree!”

Something like that, anyway. You have to admit, it is not a likely story to tell one’s wife to cover one’s absence, is it?
Posted by Pappy at 12:01 AM

Manning's incredible, clean composition always brings satisfaction. Also, I wish I had some of these George Wilson original covers. Those Wilson covers for Gold Key are just about the most beautiful covers ever done for comic books. thanks, Pappy!