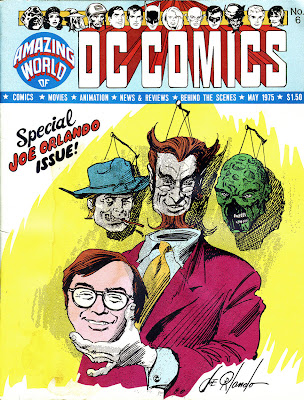 I thought Amazing World of DC Comics, DC’s in-house fanzine, was a fine product. It featured not only an insider look at the operations of a comic book publisher, but sometimes unpublished stories from the DC inventory.

The “Special Joe Orlando Issue” spotlighted artist/editor Orlando. He edited some of the mystery comics, and the humor comic, Plop! The issue has an unpublished story from Plop!, written by Mad-regular Don Edwing and drawn by Dave Manak. There is also the story, originally from EC’s Weird Fantasy #18 (1953), drawn by Joe, “Judgment Day.” It was one of EC’s “preachies,” as EC publisher Bill Gaines called them, stories that featured social issues. In this case it is racial segregation. The story loses some of its punch with black line printing, since the idea is the robots are blue and orange.

Then, as now, DC and Mad were owned by the same company, so seeing an EC story in a DC-published fanzine wasn’t so surprising. 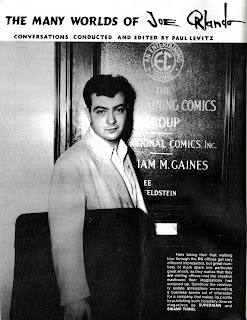 An interview with Orlando was headed by this vintage  “Artist of the Issue” photo from EC Comics. 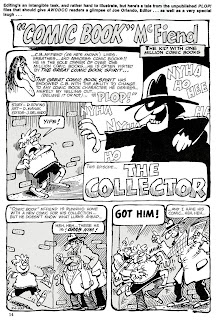 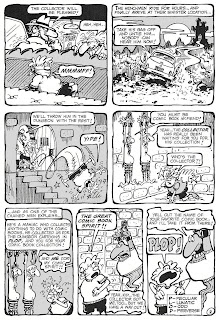 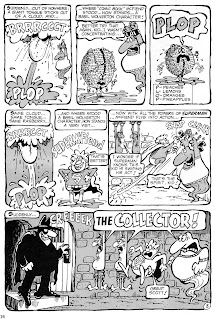 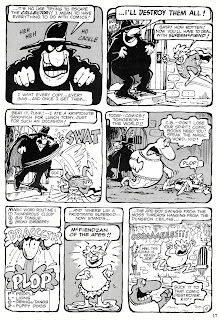 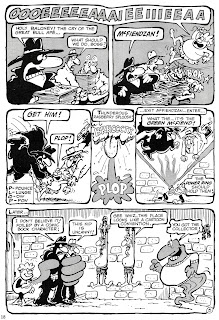 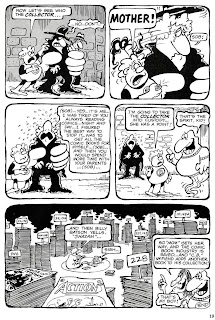 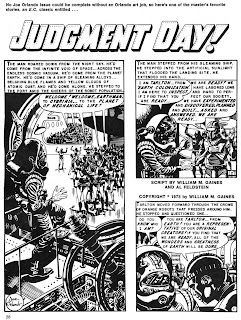 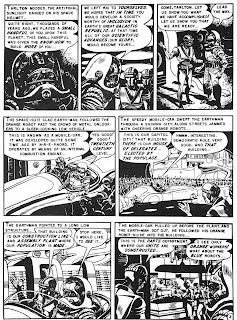 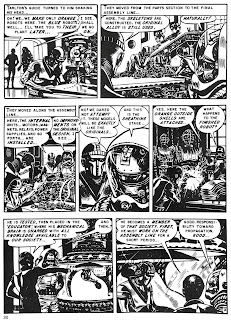 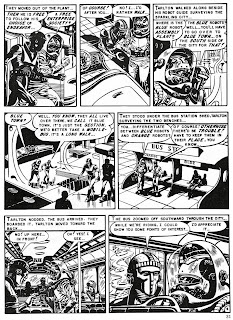 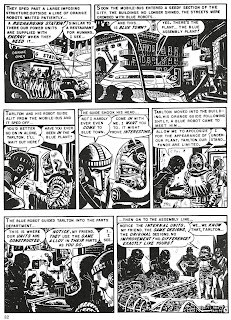 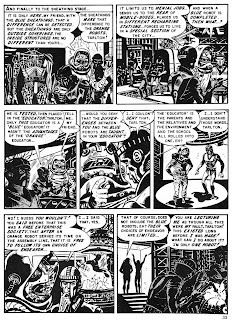 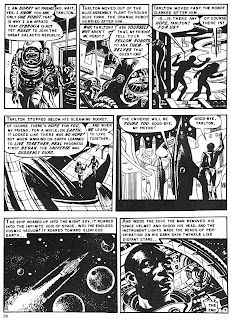 I never liked Judgement Day being called a "preachie", even though it was Gaines' term. Preaching means standing on high and delivering the truth; this allows you to organically see the truth for yourself.

This is also the story where Gaines finally had it with the CCA, as, unbelievably, they demanded they remove the African American man at the end, the whole point, the whole thrust of the story. Just incredibly out of touch, looking at a comic as bits and pieces instead of the flow of a story. This whole episode ended, supposedly, on Gaines telling the judge "fuck you" and hanging up, and printing as is.

Brian, thanks for bringing up how this story actually "killed" EC Comics for good, when Gaines threw in the towel after his disagreement with Judge Murphy of the CCA. My guess is that after a trying year with the censorship of the CCA it wouldn't have taken much to get him to quit, even without this final incident.

I wonder if Judge Murphy was concerned that the story would bring criticism of comic books from the public, or whether he was just personally prejudiced.

Actually, it wasn't the original printing of this story in WEIRD FANTASY #18 (1953) that caused the trouble. The protagonist stayed black in that story. It was the reprint of it in INCREDIBLE SCIENCE-FICTION #33 (1956) that allegedly caused the problem. The censor apparently wanted the hero to be white, and I don't know if Gaines obliged or not. I don't think he did.

Darkmark, yes, you're correct; it was the Incredible Science Fiction reprint that caused the uproar. Gaines kept the character black by threatening to sue the Code. But I think it was an empty threat, as I understand he was ready to throw in the towel, anyway.