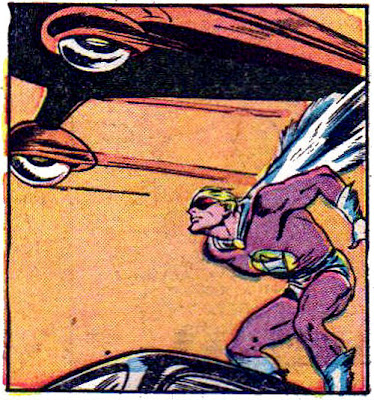 Mad Hatter was a short-lived comic, two issues, published in 1946. Superheroes were not having an easy go of it in the postwar comic book era, and Mad Hatter was no exception. The premise of the character, as shown here, isn’t much different than many others. A guy dresses up in panties and a cape and goes about fighting crime. The advantage to the strip, if there is one, is the creative team of William Woolfolk for the script, and Mort Leav for the art. Woolfolk once claimed he was the highest paid comic book writer of the 1940s, and I’ll take him at his word. Leav spent the latter 1940s drawing crime, western and romance comics for publisher Rae Herman. 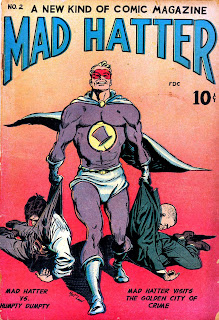 I wonder if anyone noticed that the Golden City is a communist paradise? As De Leon, ancestor of the Spanish explorer who found it claims, “Our wealth belongs to all! From each we ask only what he can give and to each we grant whatever he may need!” 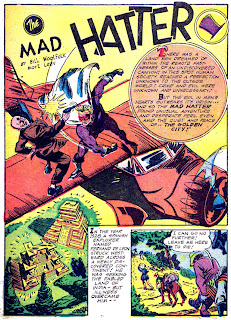 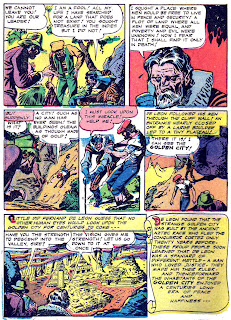 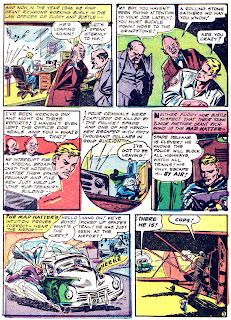 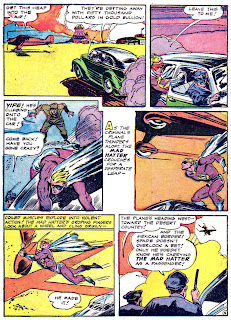 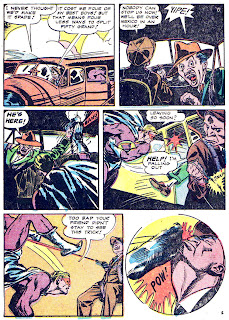 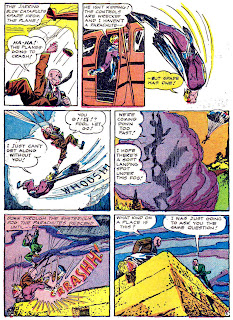 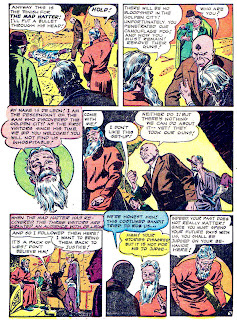 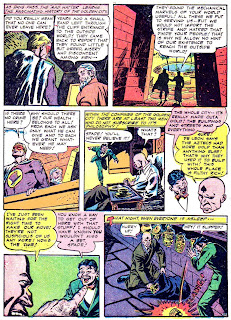 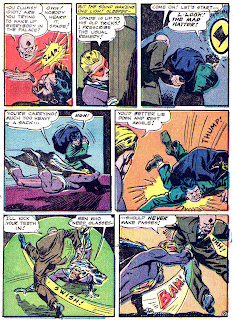 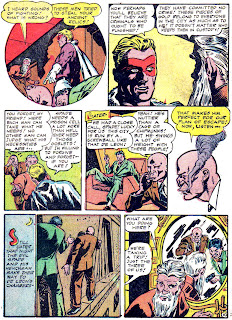 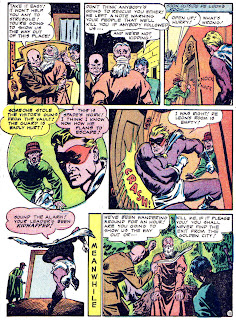 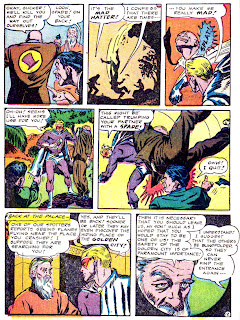 Comic-book economics is a lot like the rest of comic-book science.

The problem of economic calculation doesn't strike me as obvious, and so I'm not surprised that people imagine communist paradises.

But even kids ought to stop and ask why it would be presumed better to live in a place where gold were so abundant and lighter, stronger, more durable materials so rare that streets and structures would be made of the gold.

Well, Daniel, my guess is that because the Spanish conquistadors traipsed all over the Americas looking for cities made of gold based on fables they had been told, writer Woolfolk just extended that into this comic book story.

I first heard about cities of gold in a 1954 comic book when as a child I read the "Seven Cities of Cibola" story in Uncle Scrooge #7. It got me interested in the subject.

Surely, you're right about what informs this story. Spanish presumptions about economic values had interesting sources and important consequences. One of the consequences was that, even as gold and silver poured into Spain from their conquests, they fell behind the rest of Europe in economic development.

I was tempted to mention Barks' Scrooge McDuck in my previous comment because, even though much of the economics in those stories is (literally) fantastic, Barks would occasionally drop-in something really insightful, as in the story in which a tornado redistributed Scrooge's hoard.

Daniel, or the Scrooge story where bottle caps became currency of a society which had no need for money.