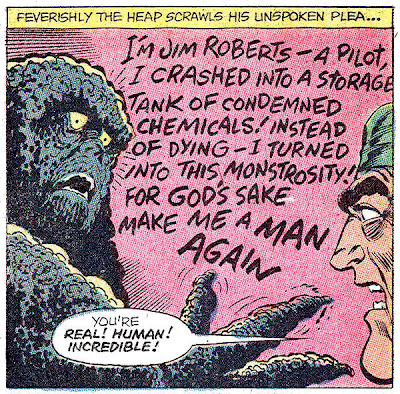 In 1971 I bought Skywald’s black and white Psycho #2, which had the origin of the Heap, drawn by Ross Andru and Mike Esposito, and written by Chuck McNaughton.

Surprisingly, a few months later along came a Comics Code-approved 25¢ color comic called The Heap #1,with the lead story drawn by Tom Sutton and Jack Abel, and written by former DC editor and writer Robert Kanigher! Both stories showed how the Heap was created from a plane wreck into some chemicals, but the stories surrounding the origin were different. The color Heap was the only issue, although its indicia claimed it to be a bi-monthly. Artistically, the character is drawn a bit differently: this version of the Heap, unlike the black and white version, does not have the long lolling tongue hanging out of the creature’s mouth. That might have been too gross for the Code, or maybe just the artist. 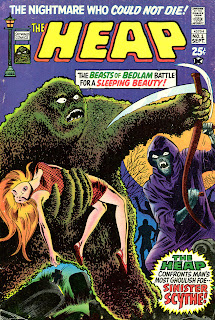 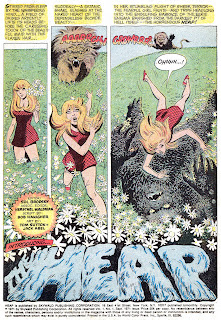 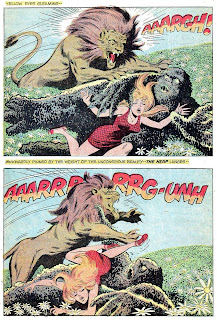 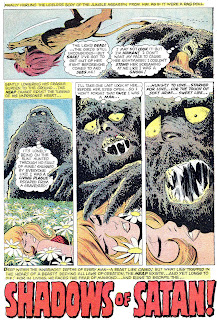 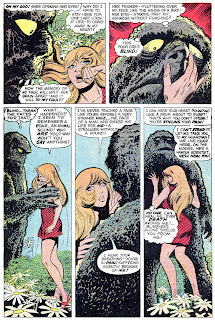 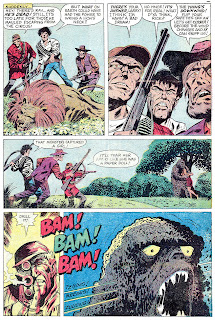 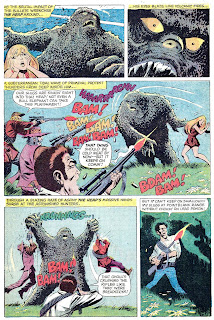 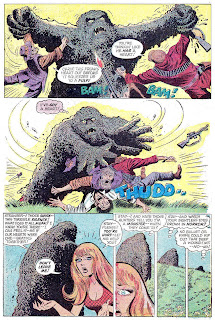 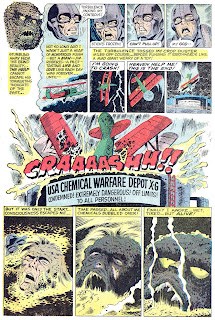 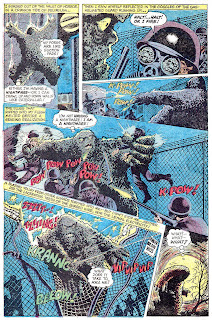 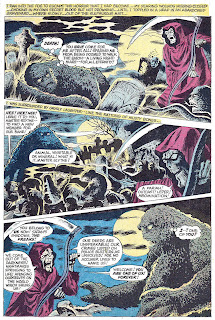 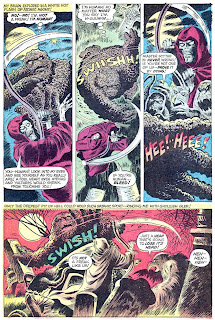 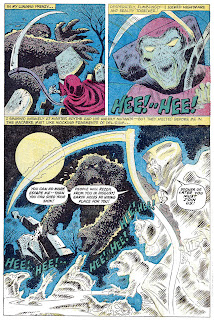 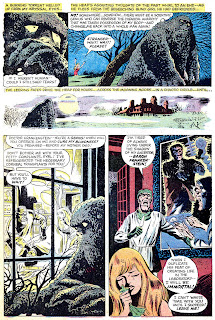 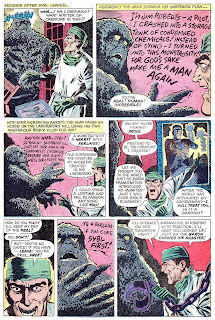 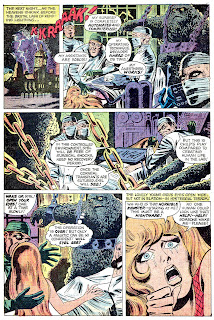 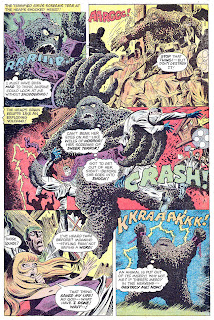 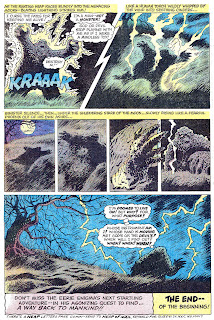 Knowledgeable fans know that the Heap was also a shambling monstrosity from the old Airboy Comics, and also a classic Mad comic book story by the one-and-only Will Elder. I'm sorry I can't show you the whole hilarious story featuring the Heap, “Outer Sanctum” from Mad #5, but here’s the Kurtzman-Elder version of...HEAP! 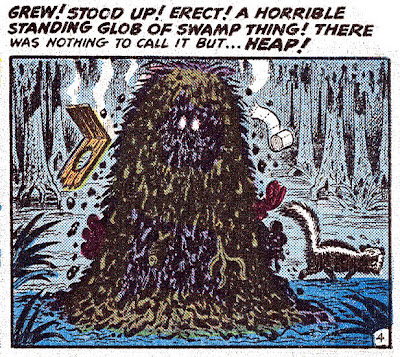 OMG My sis Debbie has pretended shes blind 2 get a monstar 2 axe her out LOL #SMRT We luv u Pappy!!❤♥

A bit ironic that Kurtzman refers to "swamp thing" in that panel. As you probably know, there's a very similar DC character with that name that debuted in the 1970s. Could writer Len Wein have been trolling through an old Mad collection when looking for something to call his creature? If he did, he certainly can't be sued, as EC and DC are now both owned by the same media mega-corporation

The stories of Marvel's Man-Thing and DC's Swamp Thing didn't spend a lot of time dwelling on their respective protagonists' desires for the kisses and caresses of hot babes.

Comic books pitched at undesired boys who want this-or-that beautiful girl are nothing new. However, usually the idea is that the fellow who seems timorous, awkward, weak, or slow-witted is really courageous, graceful, strong, and brilliant.

But whose fantasy is this?

Alicia, I'm sure somewhere there is a monster dying to ask her out. I'll get the word out.

Kirk, I guess you could ask Len Wein, but it could also be that there are only so many words to describe shambling monstrosities made of vegetation, human bones, etc.

Does anyone remember Scott Shaw! did an underground comix strip called The Turd for Gory Story Quarterly?

Daniel, you could probably write an entire essay on adolescent power fantasies, which include appealing to the opposite sex by use of superhuman powers.

It could have something to do with the creators, and their own fantasies. I see Siegel and Shuster's fantasies all over the early Superman, a couple of little, non-athletic guys, one with weak eyes, who were probably invisible to females.