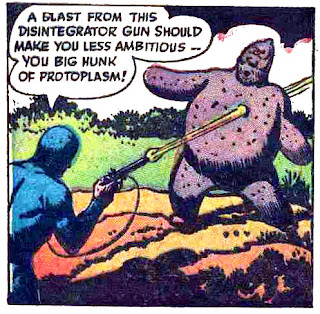 
In the 2011 book, Becoming Ray Bradbury by Jonathan Eller, Bradbury described a literary party in New York in 1951, where he met members of the New York City Ballet. He said they criticized him. As he put it: "Someone said, 'You're writing what? This Buck Rogers-Flash Gordon stuff. You're a science fiction writer.'" For someone like Bradbury, attempting to make science fiction and fantasy more literate, this was a cutting remark.

Anyone looking at these 1940s stories, "Dick Devens in Futuria" and "Tara", both regular features of Wonder Comics, would see the kind of pulp science fiction those New York City Ballet members were talking about. It's entertaining, but I understand Bradbury's problem with his work being lumped in with it. I appreciate Bradbury for his literary approach to the genre, but science fiction is a pretty wide field, and there's also room for "Buck Rogers-Flash Gordon stuff." 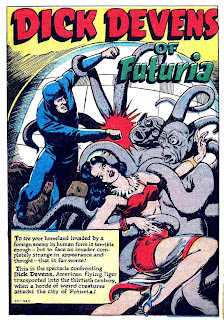 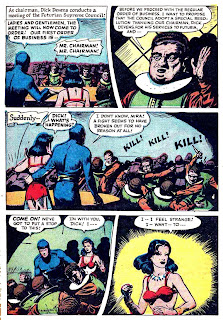 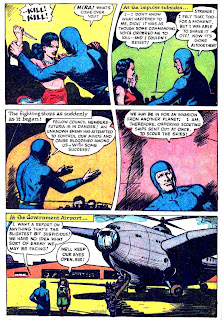 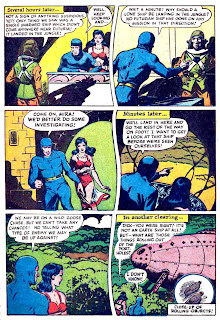 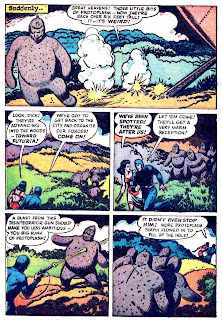 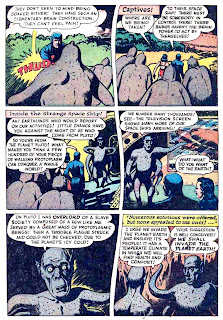 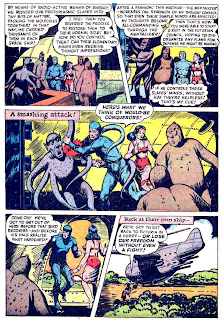 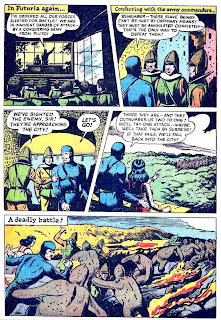 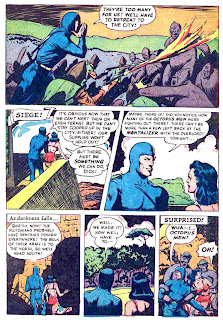 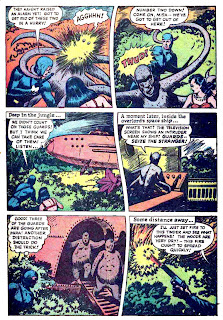 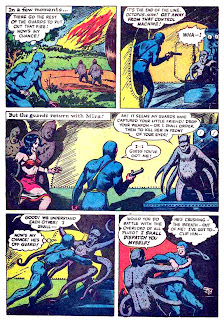 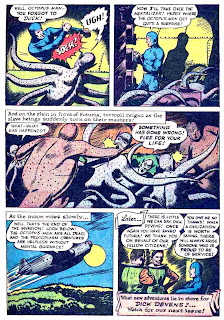 From Wonder Comics #18, 1948, art credited to Gene Fawcette by the Grand Comics Database, but as pointed out by Lysdexicuss (see comments for this post), it is more likely drawn by Mort Meskin. The cover is by Alex Schomburg: 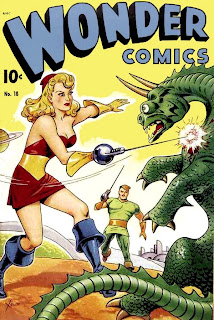 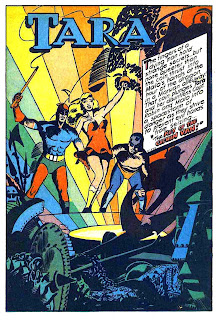 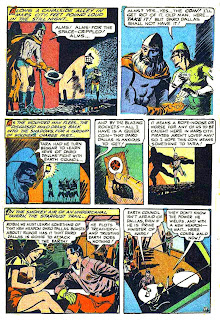 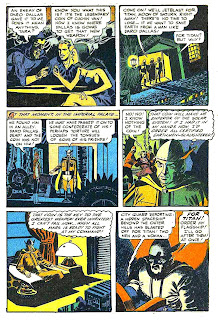 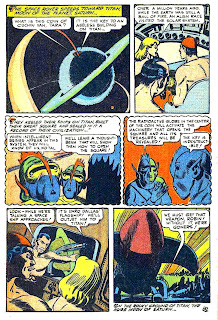 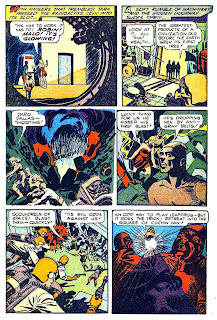 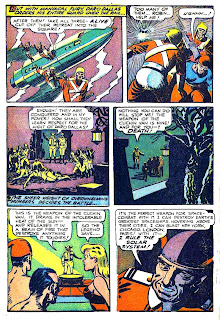 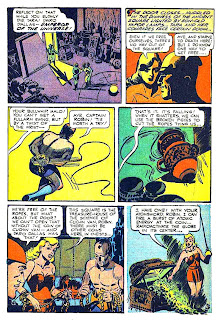 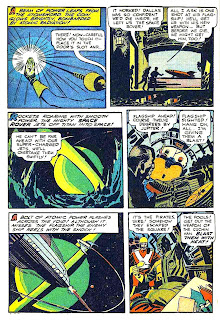 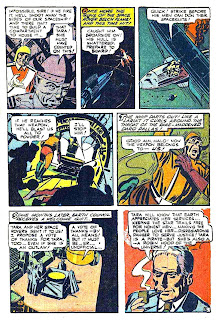 Pappy~ some panels in that 1st story look like Graham Ingels early work; especially the inking on the woman character. The second story looks ALOT like Mort Meskin stuff !

I agree, to the point where I'm going to change my text to reflect that. It appears to be another misidentification by Grand Comics Database. Thanks for pointing it out; I was too to really look, I guess.