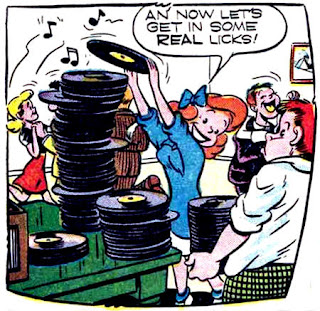 Number 831
Cement Mixer, Put-ti Put-ti
Aw reet! Solid, Jackson! These two groovy (or "drooly" as Katie calls 'em) music stories both come from ACG's The Kilroys #1, 1947. I showed you another Kilroys story in Pappy's #694. In that posting I listed Bob Wickersham as the artist, with Hubie Karp sometimes credited for writing.
The song the kids are dancing to in "Jive Takes A Holiday" is "Cement Mixer Put-ti Put-ti," done by the great Slim Gaillard. There are some versions of the song on YouTube. This is a television performance done by Gaillard many years after the song was popular.
Even Themesong, from a 1946 Dick Tracy continuity, sang "Cement Mixer." The panel is from Gladstone's The Original Dick Tracy #5, 1991. 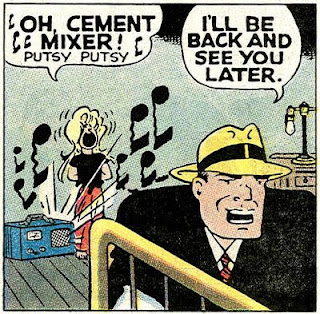 J. Edgar Kilroy's reaction to the music these 1947 teenagers listened to could have been my own father, Big Pappy, 20 years later in the mid-'60s, having a thrombo over the Rolling Stones. The irony here is that Big Pappy loved songs like "Cement Mixer," and the jumpin', jivin', be-boppin' music of the '40s. 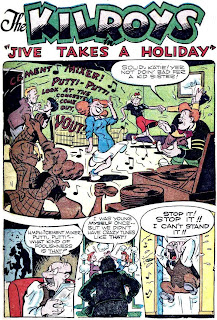 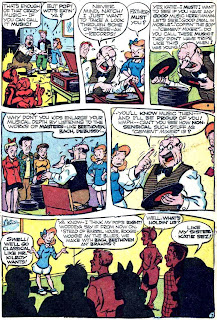 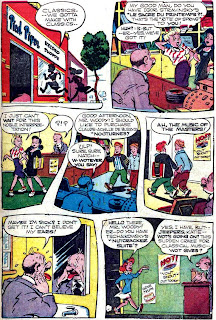 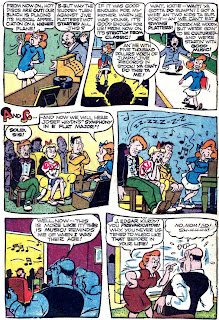 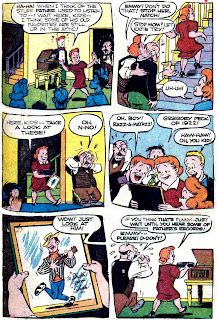 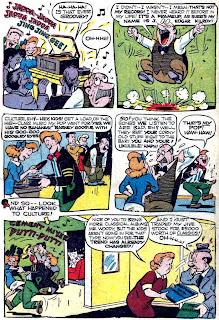 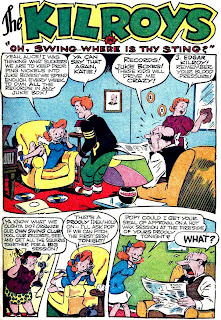 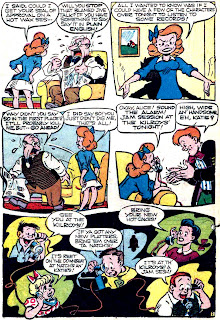 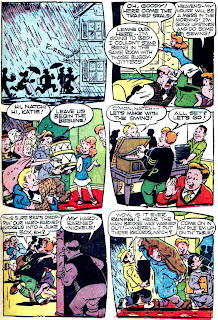 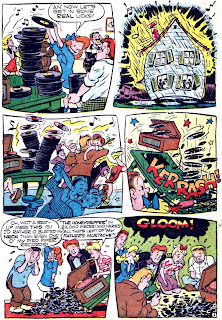 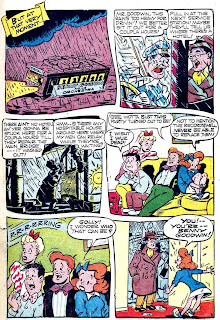 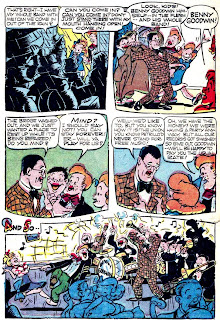 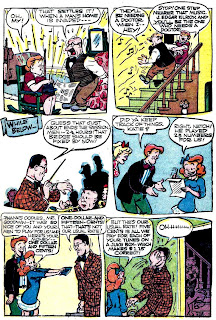 I... I love this. I've never even heard of the Kilroys before. But this is the most natural-sounding fifties teen comic I think I've ever read. Thanks, Pappy.