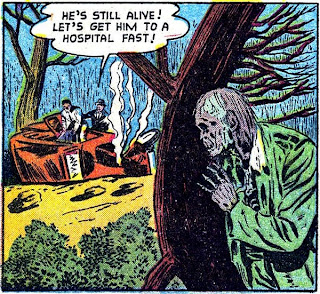 Number 825
Love Horrors
Here is an interesting combination: a love horror story. If you're like me you have a few horror stories about love from your own past, but unlike the main character in "The Dead Lover Returns" at least we didn't die. The only way this poor schmoe can find true love is if the woman he loves sees past his rotting corpse to the man he used to be.
Gee, sounds like a good premise for a reality show.
The story is from World Of Fear #4, 1952, and is drawn by Sheldon Moldoff. Shelly, as you may recall--and if you don't then pay attention because it will be on the test--had worked for Bill Gaines' father, M. C. Gaines, both at All American Comics and the early days of EC Comics. When Charlie Gaines died, Bill came in, reluctantly, to take over the family business. Moldoff approached Bill with an idea for a horror comic (before there were such things as horror comics) called Tales Of The Supernatural. Moldoff's working notebooks contain the stories that were drawn and their artists. Gaines ultimately did not publish Moldoff's title, but used the stories. Moldoff took his horror comics ideas to Fawcett, they paid him $100 for the titles, and then came out with a line of their own horror comics, with Moldoff doing many stories.
It's a couple of weeks until Halloween. This will help get you in the mood. 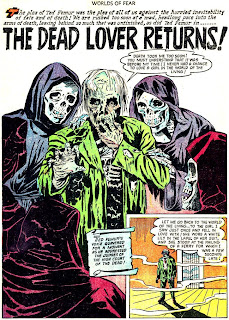 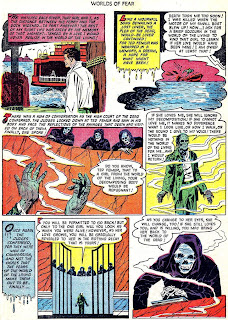 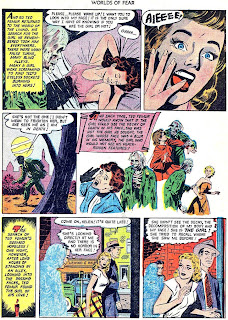 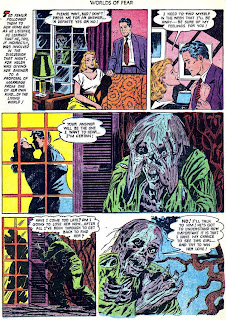 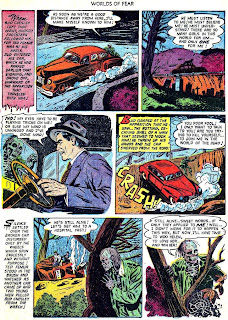 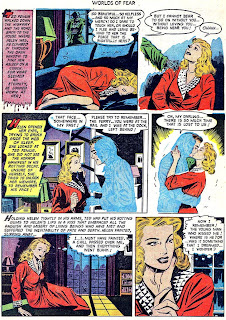 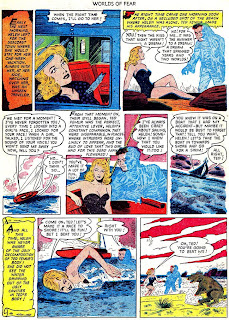 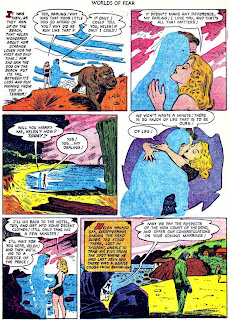 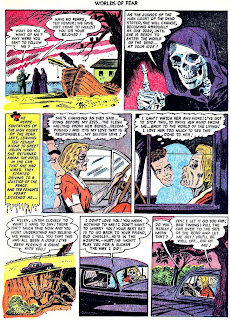 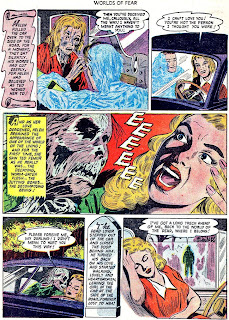 Yoiks! That was something else. Some great prose in there ("gentle cough" being my favorite). And am I the only one who couldn't help but think of Everett Sloane's great line about women from "Citizen Kane" when I read of where Ted Femur (what a great name for a skeleton!) had seen his true love?

Pappy, this tale is terrific and the Moldoff artwork is tops too.
I'm glad to say that I've met him in person, but only once (darn it). He's one of the greats!

Chuck, I think Moldoff was one of the greats, so I share your enthusiasm for this story.

John, I appreciate your observation, but think the Sloane character in Kane must not have seen too many women if he thought about a stranger every day of his life.

Well, sure, but how many women do ya think Bonesy here had seen if he can't tell a blonde from a brunette?