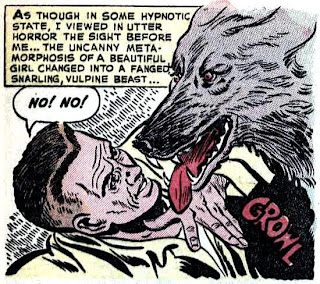 Number 828
Wolves of Wednesday
Halloween is fast approaching. I suppose one of these first days I'll have to buy a bag of Mentholyptus cough drops, one cough drop each for the kiddies' trick or treat bags. Hey, nothing's too good for the kids in my neighborhood. All 600 of them, many of them with mustaches and tattoos. And those are the girls. Without costumes.
Anyway, speaking of the hirsute, how about a bit of werewolf action? First up, "Wanda Was A Werewolf" is from DC's House Of Mystery #1, 1952. "Wanda" is my mother's name, and, while not wishing to disparage her memory, there were times when she sprouted long pointy teeth and deadly sharp claws. I exaggerate, but "my" Wanda did sometimes let out her inner beast on me, especially when I was guilty of something (which was often). The Grand Comics Database says Win Mortimer ? (question mark means they're not sure) drew it.
Second, "Your Grave Is Ready," originally published in The Unseen #9, in 1953. This version is scanned from Eclipse Comics' Seduction Of The Innocent, #6 in a series of 6, from 1986. It's drawn by the team of Andru and Esposito. 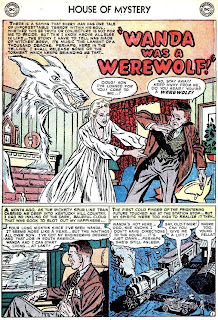 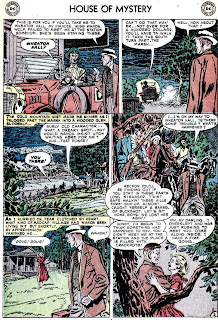 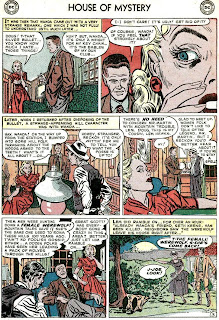 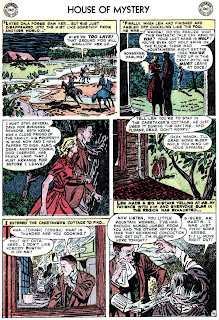 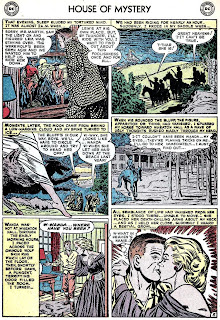 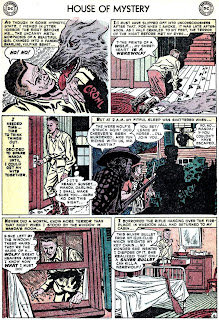 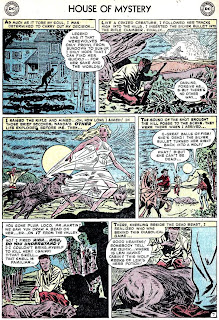 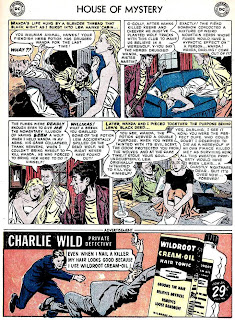 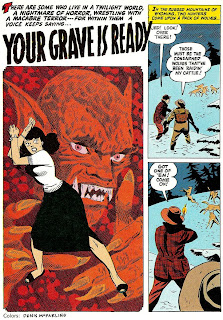 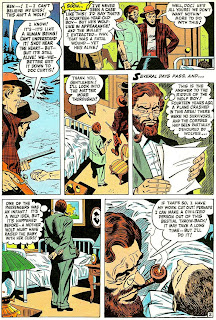 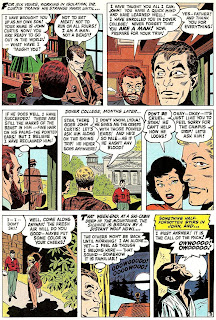 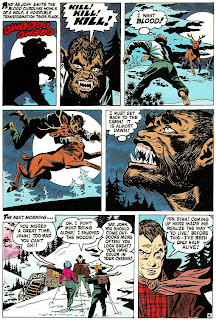 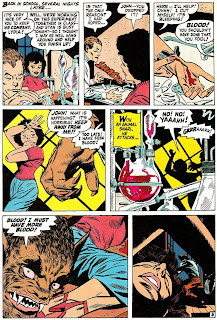 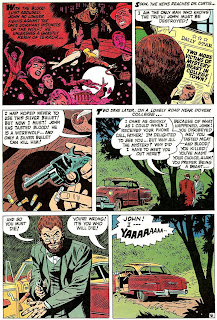 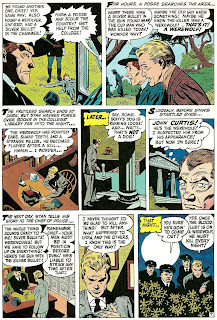 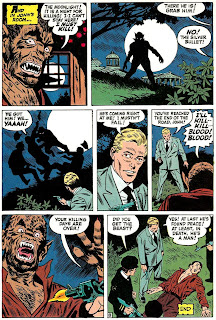 Email ThisBlogThis!Share to TwitterShare to FacebookShare to Pinterest
Labels: Andru and Esposito, House of Mystery, The Unseen

Mmmmmm all these great horror comics coming our way is reason enough to be excited for Halloween again like when we were kids.

Not quite excited enough to want to go door to door for cough drops though...

I like horror comics, horror movies, but hate trick or treat kids coming to the door, especially after 10:00 p.m. when they're no longer young kids but teenagers out mooching candy. Grrrr. I'd sic my dog on 'em if I had a dog.

Since Mrs. Pappy will be across the country on Halloween I will be especially curmudgeonly, not so handy with the candy. Mrs. Pappy is the nice one in this house. I'm a spoilsport, a mean ol' man, the party pooper, a Halloween hater.