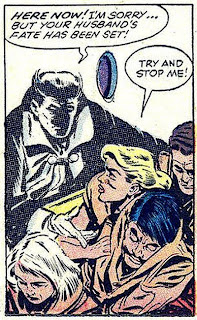 Number 822
Man in Black
The Man in Black appeared in Harvey Comics during the 1940s, drawn by Bob Powell. He was dormant for several years until he showed up again in 1957. The 1957 Man in Black chummed with The Weaver and Venus, the Goddess of Love, to tell stories of those moments where a person's life inextricably changes. 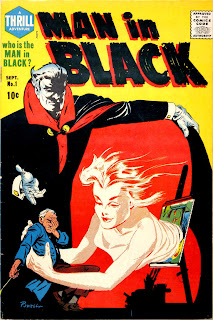 At the time I bought this I thought it was pretty cool. The house ad, which appeared in Harvey Comics at the time showed a cover that had not been finalized when the ad was pasted up. But, seeing the ad was enough to intrigue me. 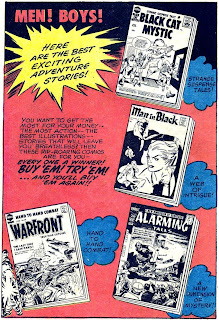 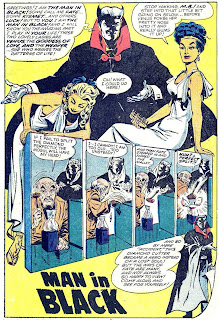 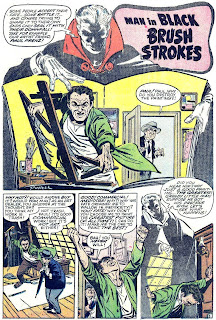 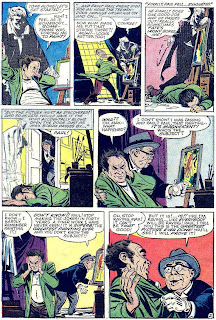 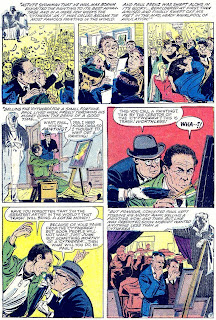 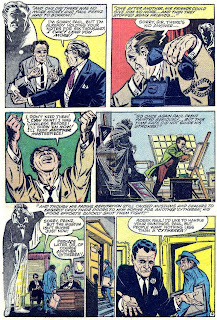 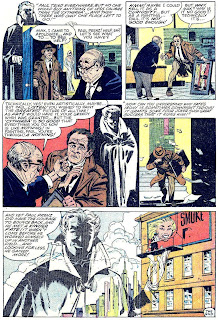 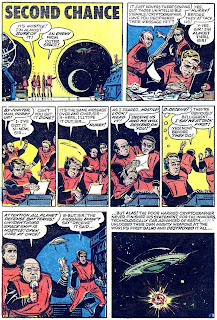 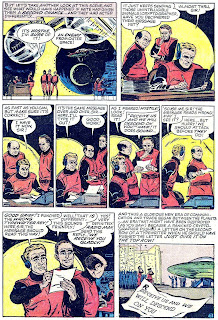 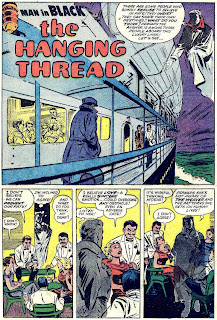 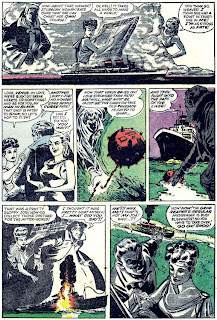 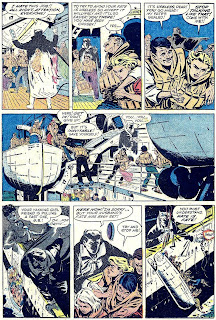 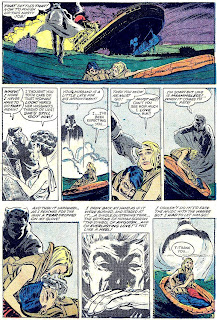 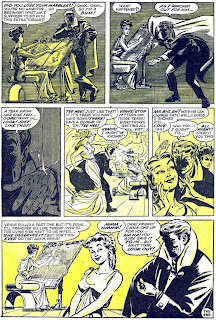 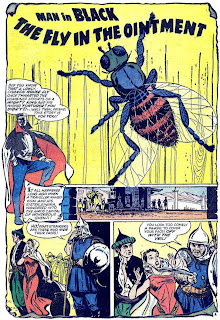 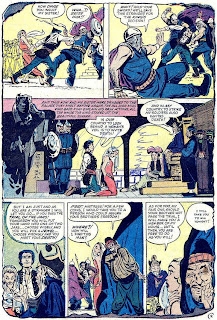 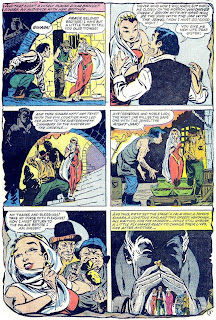 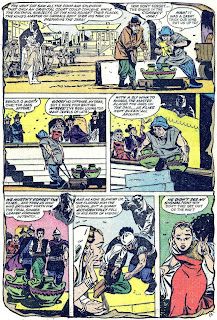 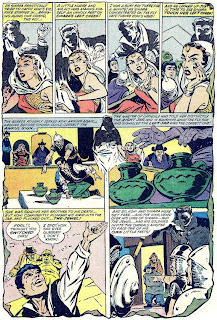 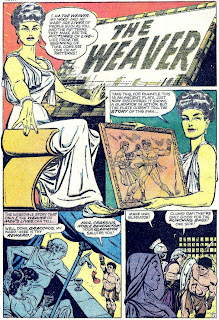 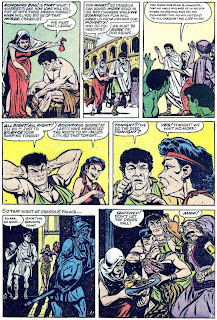 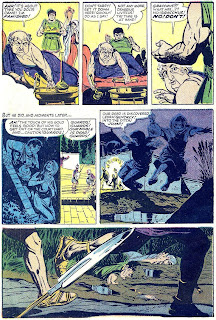 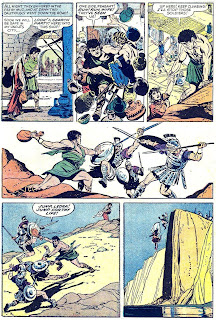 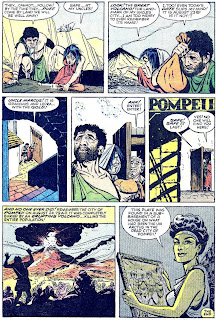 thanks for these pappy
i remember reading these
the man in black
in black and white
in uk reprints in the late 1950's
more please
or should i be wary of what i wish for?

That was a splendid read. Many thanks for putting it up. I must admit, when I saw the title, my first thought was of the assorted BBC Radio series of eldritch tales down the years, all introduced by a sepulchral "Man in Black." The original was played by Valentine Dyall starting back in 1943, but has continued into the present day with Mark Gatiss currently in the role. Good creepy fun.