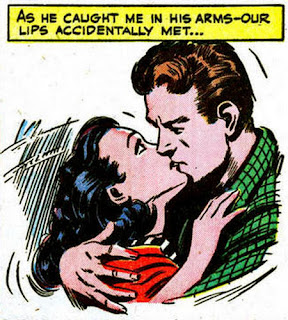 Number 816
Love comes to Everett Raymond Kinstler
E. R. Kinstler, famous artist, portrait painter, distinguished watercolorist, started his career in comic books at age 16. Unlike most other famous artists, Kinstler never denied his comic book work. In the biography, The Talented Miss Highsmith by Joan Schenkar, Kinstler worked with writer Patricia Highsmith (Strangers On A Train, The Talented Mr. Ripley) at Nedor in the early 1940s, when Highsmith was scripting stories for editor Richard E. Hughes. Kinstler, a teenager at the time, claimed he had a crush on her.
When Highsmith went on to new heights in her career she (almost) completely buried her comic book past. She wrote comics like Black Terror, and after the war wrote for Fawcett, scripting Golden Arrow, amongst others. Kinstler's career in comics is much easier to track, because he usually signed his stories. Even when he didn't, his work is easily spotted by his slashing pen style, influenced by James Montgomery Flagg. In "Untamed," done for the first issue of DC's Romance Trail*, in 1949, he doesn't use quite the fancy penwork he used later at Avon...probably due to the editorial dictates at DC, which had a prominent house style.
Highsmith wrote comic books for the extra income, and then when she became a world famous novelist never mentioned her work in the field. Kinstler features his comic book work in his biography because it's important to him to show that even though he came from what was considered at the time the bottom of the illustration industry, it helped turn him into the artist he later became. 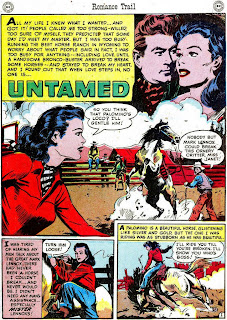 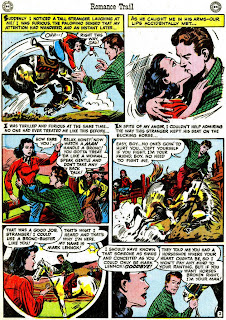 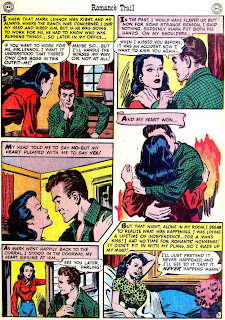 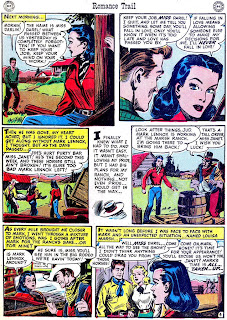 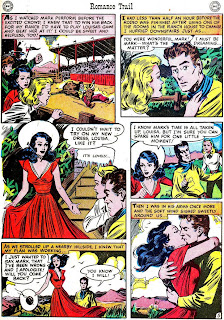 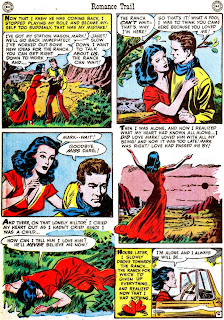 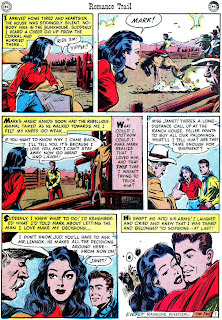