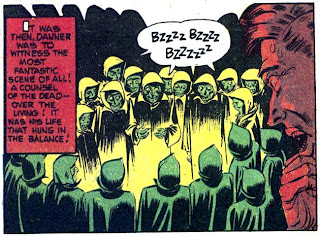 Number 804
What happens when you die?
Not being a religious person, I don't have any philosophy of what happens after I've quit the planet. No one who has been deceased for any length of time (say, six months or a year) has come back to tell us exactly what's going to happen. So if you're inclined to believe in an afterlife you may slant it to your own needs, your prejudices, your own religious beliefs or your desperate need to believe your life isn't a light bulb that burns out and is discarded, mourned only by the moths that fluttered around it.
That gets us to this afterlife story, drawn by Bernard Baily for Fawcett Comics' This Magazine Is Haunted #1, in 1951. Three things horror comics did well: present stories of people who deserve being killed, the dead coming back as walking corpses seeking revenge, or people dying and going to hell or some variation thereof. In "Stand-in For Death" a man is dead and in hell but doesn't yet know it. That's another tried-and-true formula, but done by Baily it takes on a nice aura of creepiness, and makes me think, after I die what if all those people who for years have told me 'go to hell' get their wish...? 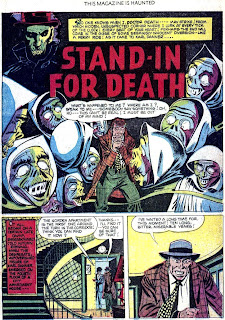 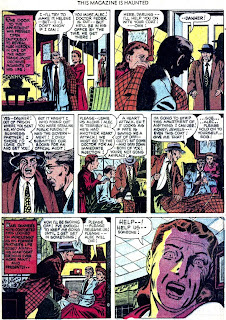 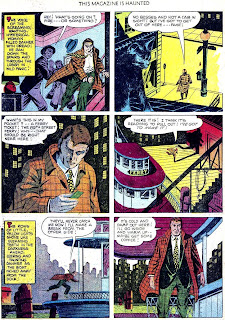 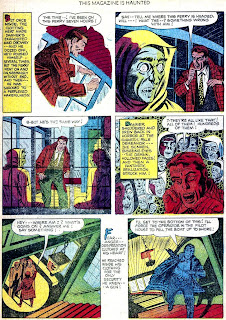 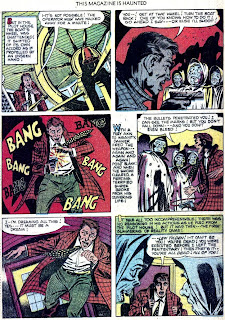 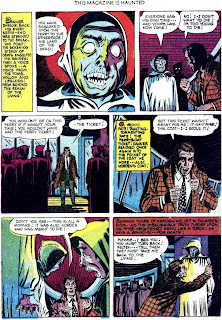 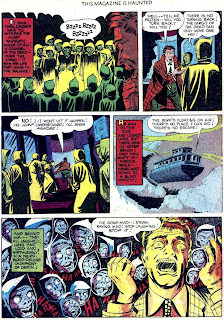 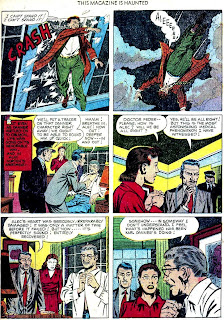 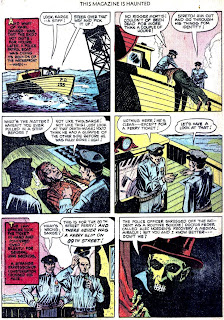 The idea that someone might inadvertantly steal passage across the River Styx is quite neat.

In H_ll, there are still comic books, but all of the stories are written by Elliot S! Maggin. (Pencils are by Lou Fine but inking is by Lee Sherman.)

Daniel, what pencils, what inks?

Lou gets to use Staedtler-Mars pencils before the work is shipped down there. We're probably better off not knowing what Sherman is now using for ink.

For that matter, we're probably better off not knowing what he was using when Charlton was publishing his stuff.

"Down here." OK, Daniel, I get it. It only takes one or two whacks with a 2x4 upside the ol' noggin before I catch on.