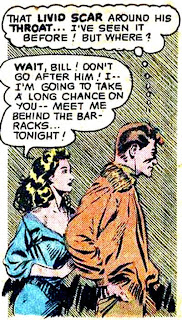 Number 812
Phantom Fliers
Two important ties to the golden age of comics have been lost with the deaths in 2010 of Frank Frazetta and Al Williamson . Both of them lived a long time and have prodigious bodies of work. Williamson stayed within the relatively small world of the comics, whereas Frazetta went into the larger world and the stratosphere of artistic recognition.
"The Phantom Fliers", from ACG's Out Of The Night #4, in 1952, is credited by the Grand Comics Database as being a Williamson-Frazetta collaboration. It seems rushed, and I'm not seeing much of Frazetta in it. The slapdash nature of some of the artwork may have kept them from signing it. Despite what may have been a hurried job to meet a deadline, I still see things that made Williamson and Frazetta stand out as comic artists. The rest of the issue is done by competent artists from the ACG stable, and is somewhat dull. Despite some artistic shortcomings, "The Phantom Fliers" is not dull, and is the highlight of the issue. 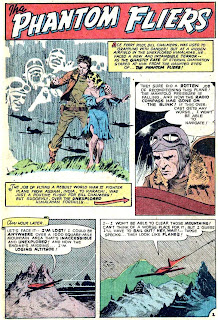 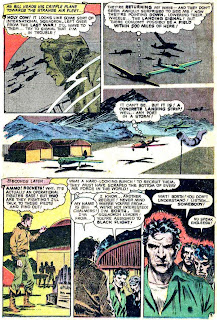 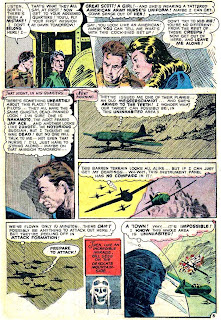 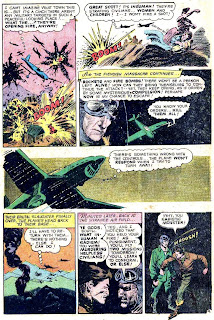 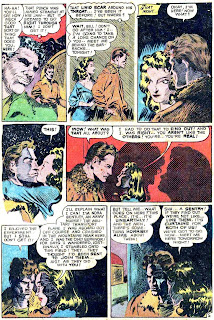 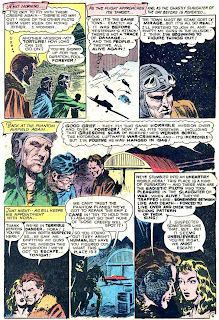 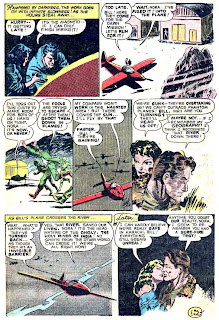 Email ThisBlogThis!Share to TwitterShare to FacebookShare to Pinterest
Labels: ACG, Al Williamson, Frank Frazetta, Out Of The Night

Frazetta may not be around, but Roy Krenkel's participation is evident. Look at the nurse's face on page 5 panel three -- pure Krenkel