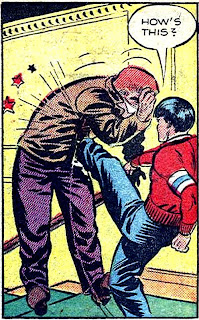 Number 811
Iron Jaw and the Iron Lung
Iron Jaw, one of the best comic book villains of the 1940s, stars in a two-part story from Boy Illustories (formerly Boy Comics) #68 and #69, 1951. This is part 1. Come back next Sunday for the second part.
I've shown a couple of vintage Iron Jaw appearances fighting Chuck Chandler, Crimebuster, in Pappy's #492 and Pappy's #532. Even after the war, Iron Jaw was still the totally ruthless villain he'd been when he was a Nazi agent.
Both stories are drawn by Norman Maurer. I've written about Maurer before. He did a lot of work for Charles Biro and Boy Comics, then teamed up with Joe Kubert to help create the first 3-D comic books. 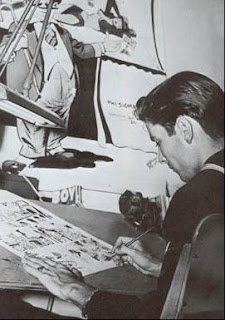 Maurer married Moe Howard's daughter, Joan, and became the manager of the Three Stooges, moving on to Hollywood. Years later, in the '70s, Maurer did the comic book, Little Stooges, for Gold Key, in the same clean, clear style he'd used on these Crimebuster stories. Biro's comics became dense with dialogue, averaged about nine panels a page, and many of those panels were packed with detail. Notice the crowd scenes on page 10, where Maurer drew a bunch of characters which were haphazardly colored by slapping a single color over them, obscuring the drawing. This was fairly common in Biro's comics of the era, where he apparently demanded the artist draw everything, which was then sabotaged by the usual suspects: bad coloring, bad paper, and bad printing. I hope the paychecks made up for the artist's inevitable disappointment in how all his hard work looked in the finished product. 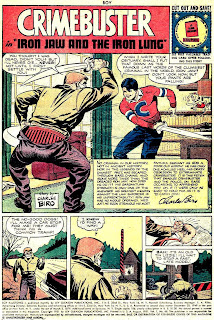 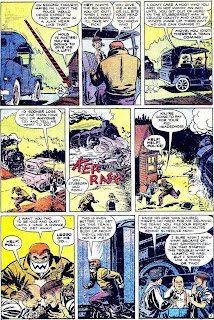 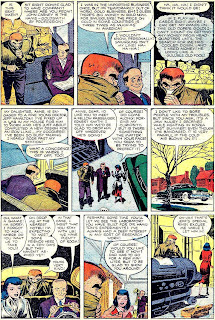 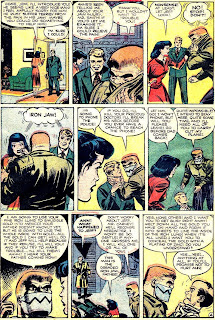 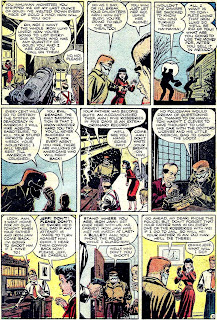 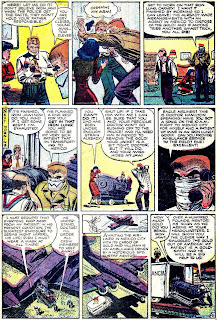 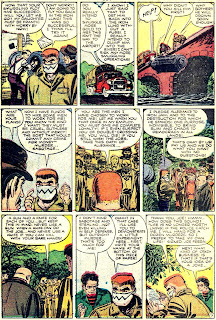 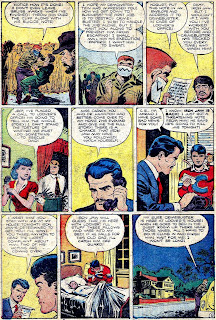 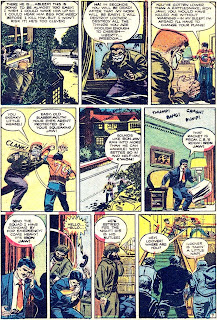 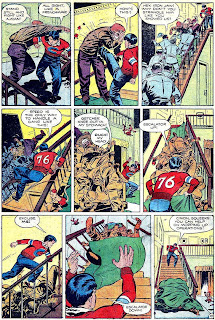 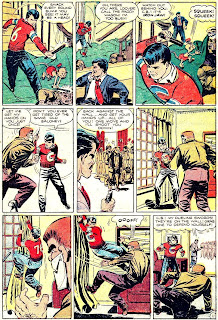 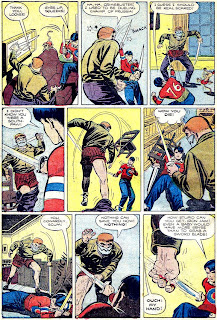 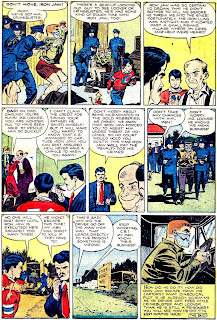 I was unaware of Maurer's hand in the Crimebuster and Iron Jaw features, always just associated him with his Stooges work.

What a small world.