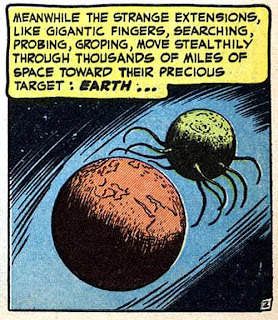 
Who's Cresto? I looked at the fount of inexhaustible knowledge, the Grand Comics Database, and they list Cresto as the artist for this story from DC Comics' Strange Adventures #6, March 1951. In all my decades of looking at old comics it's the first time I've ever come across that name, so maybe someone out there can tell me who Cresto is. Whoever he is, "Vampire World" is a very well-drawn strip, with some real dramatic panels.

I like early issues of Strange Adventures because writers are credited. Writers never got to sign their stories. It seems natural, since Strange Adventures editor Julius Schwartz was a literary agent for several science fiction writers when he began his career. Manny Rubin is credited with the story.

And who's Manny Rubin? He's quite accomplished and you can find information on him here. 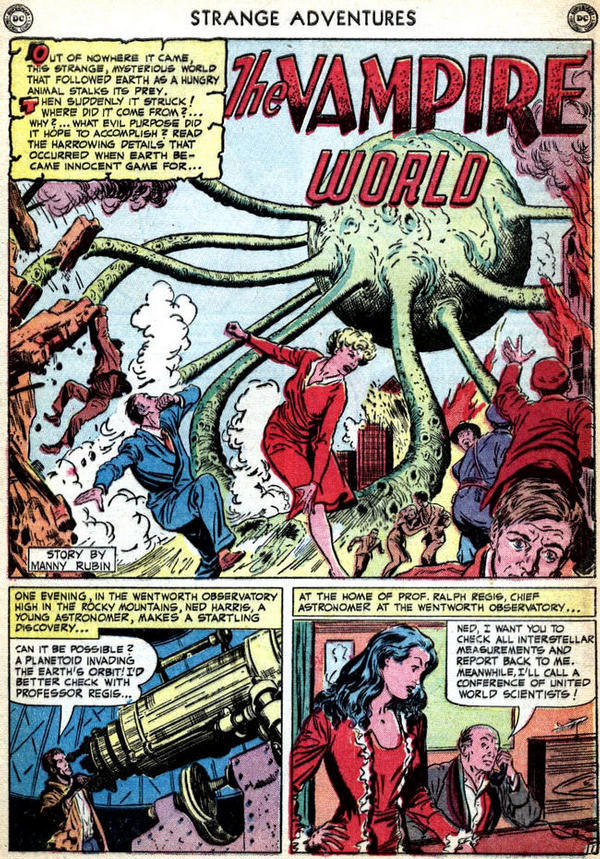 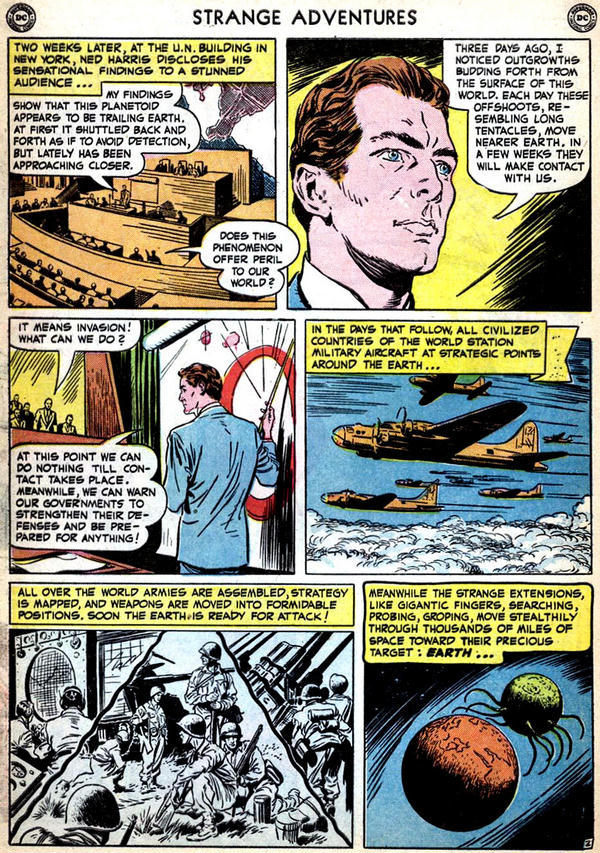 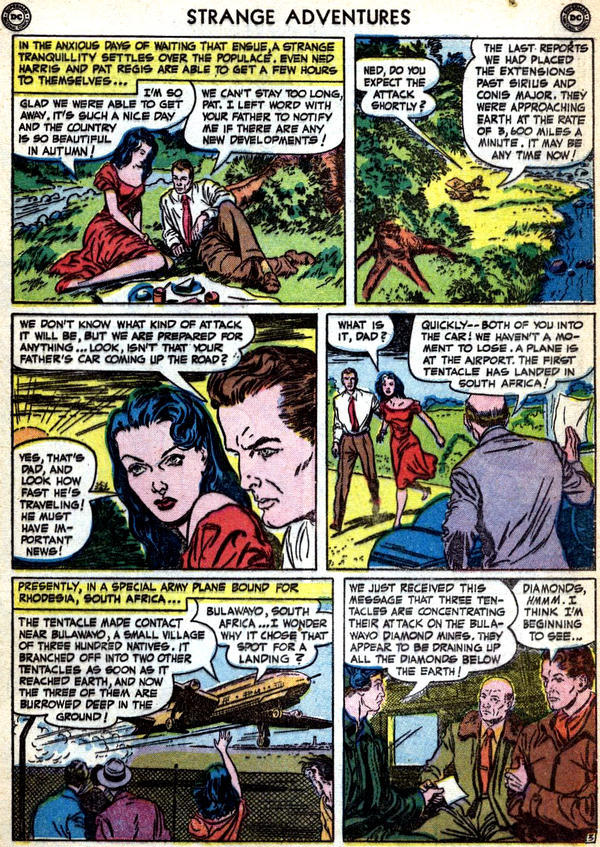 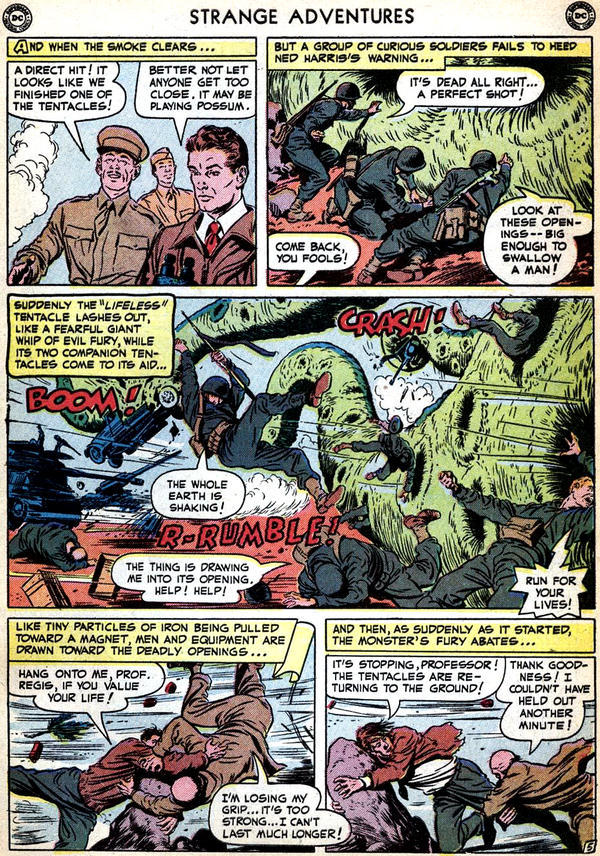 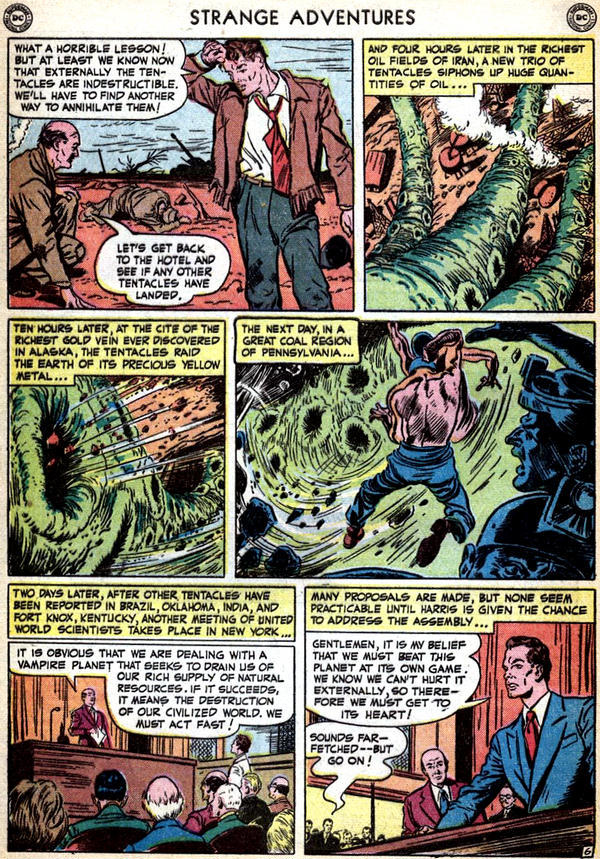 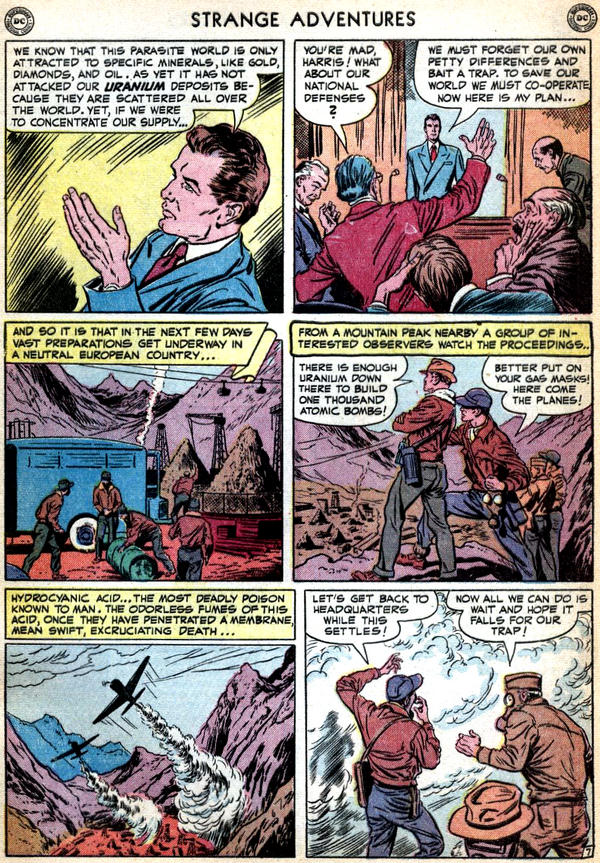 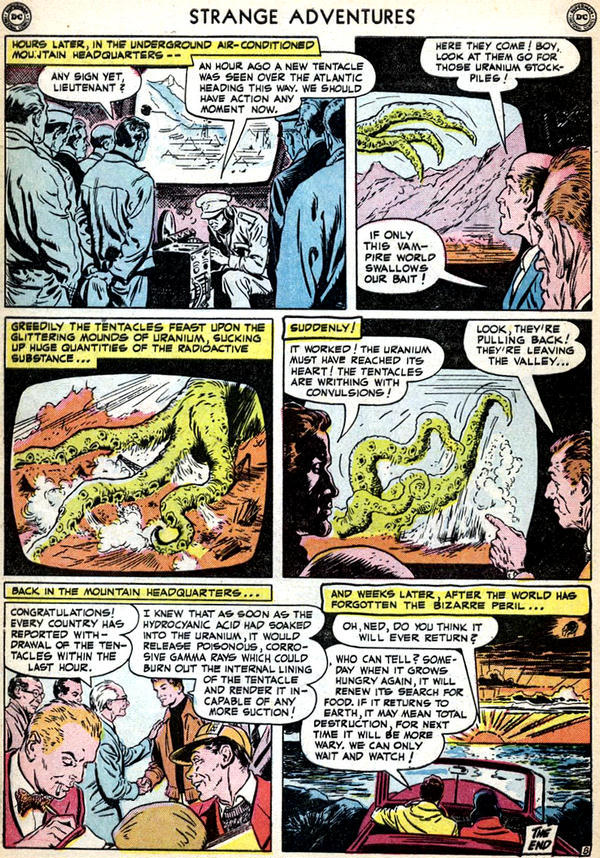 I really enjoyed that one. A vampire planetoid--who knew?

Tamfos said...
This comment has been removed by the author.
5:57 AM

This is great! Quite well written -- not the dialog, but the story construction. Very clever the way the writer was able to fit a story of this scope into so few pages.

And the art is wonderful. No idea who Cresto is, but it's lovely work he/she has given us. Perhaps what makes this story so great is that both artist and writer chose to approach this tale as dryly as a white paper for Congress (except for the splash panel, of course). It's a very, very effective way to make this utterly ridiculous story work.

Thanks for digging this up, Pap!

This story reminds me of a '50s science fiction movie. When all else fails bring in the Army.

I get a kick out of a story where the hero goes before the United Nations where everyone agrees and gets to work to solve the problem. Forget a tentacled planetoid...the real fantasy in the story is the international cooperation.

Is there a little Reed Crandell in the pencils?

i wonder if this was the inspiration for the 1964 Toho film "Dogora The Space Monster"?...