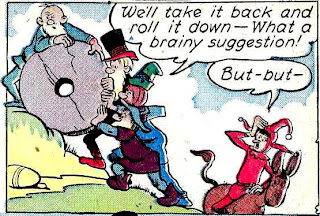 
No, not Batman's Gotham, the other Gotham.

"Wise Men of Gotham," drawn by Walt Kelly for Fairy Tale Parade #5, March 1943, is inspired by a series of tales about a town where stupidity rules. You can read more of these classics in prose form by author John Jacobs here.

Unlike a Pogo story by Kelly, "Wise Men" stays close to the script and doesn't wander around in a stream-of-consciousness style. Still, it has the feel of Pogo. The denizens of the Okefenokee often act like these IQ-challenged Gothamites, with Pogo playing the part of the Jester. 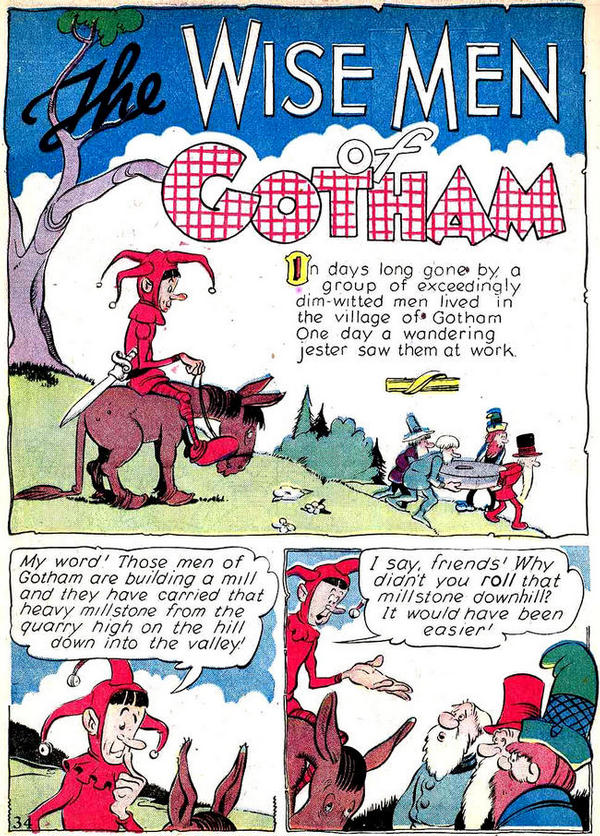 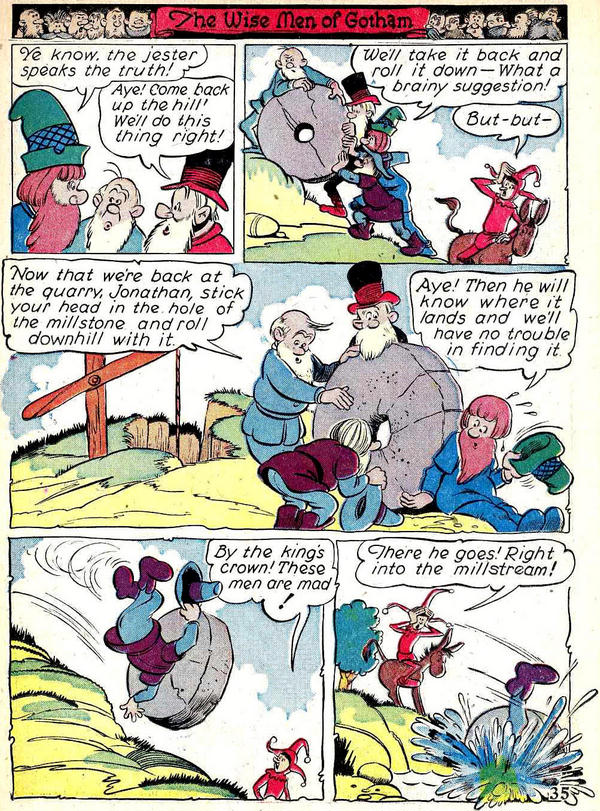 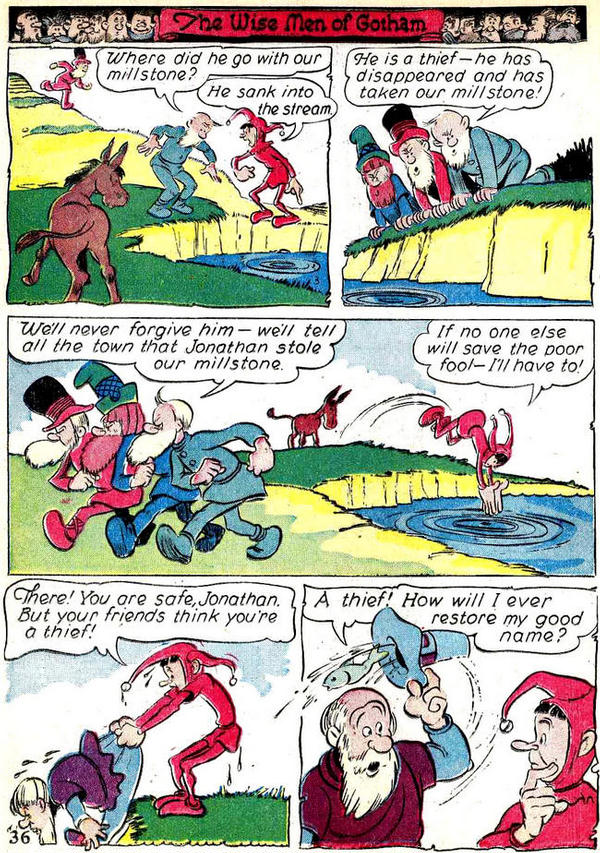 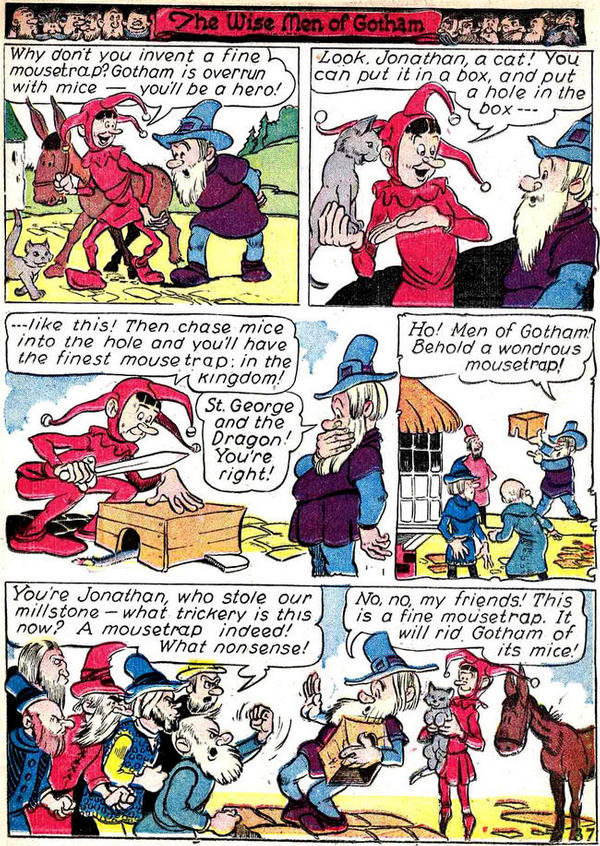 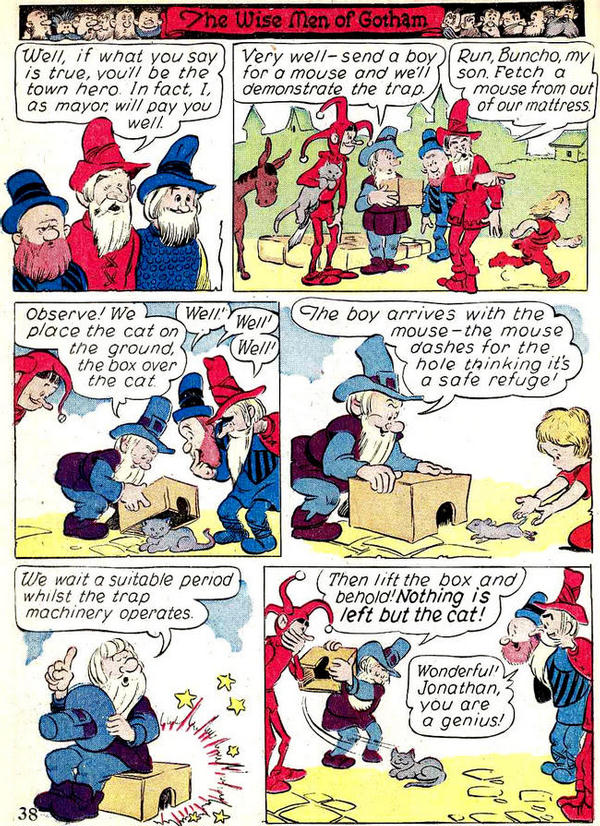 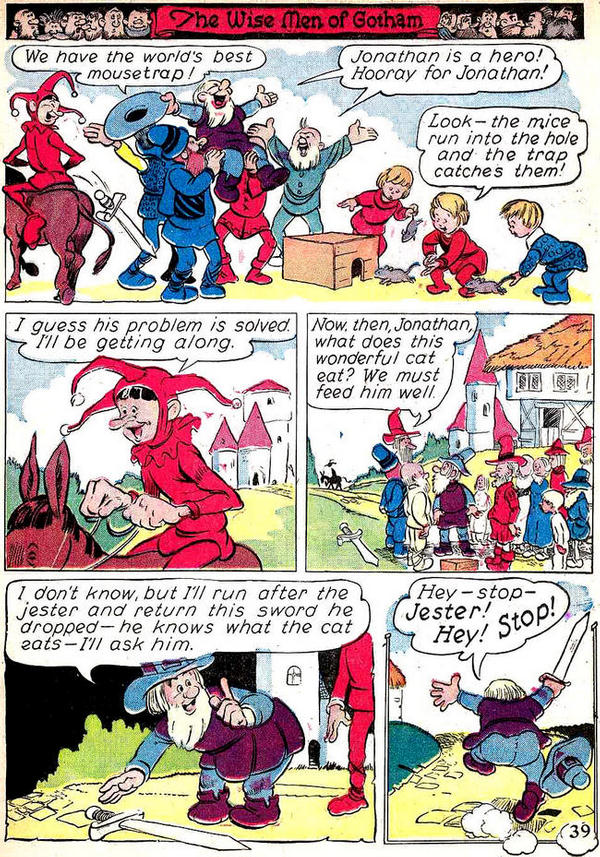 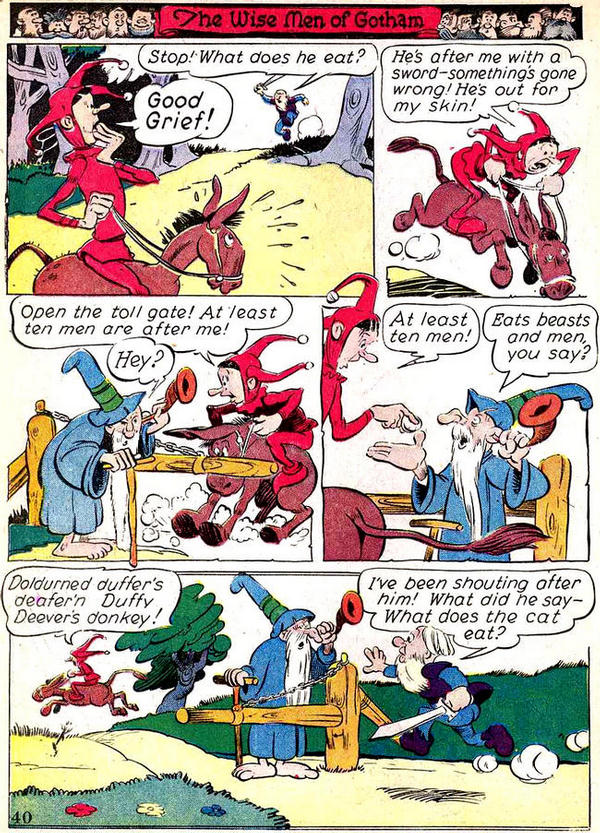 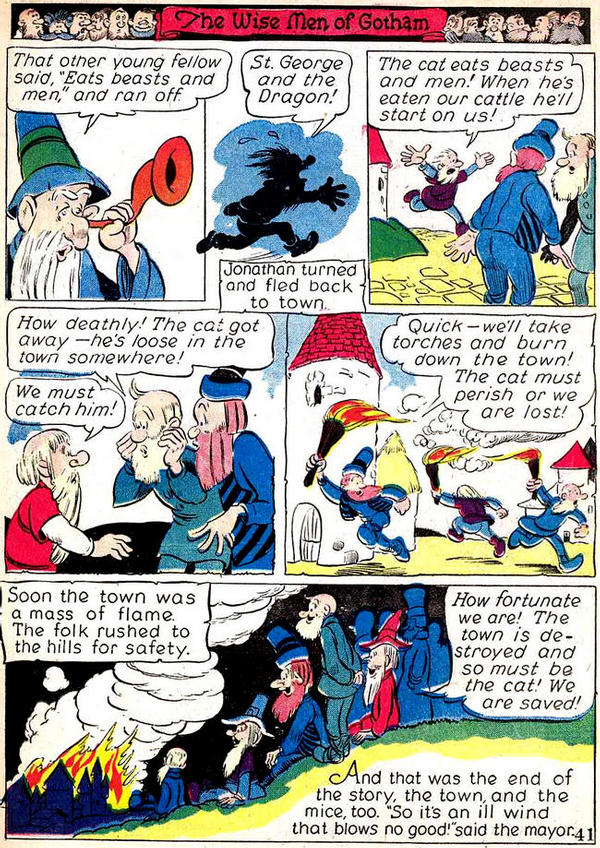 That must be the town where they sent the kingdom's idiots.
Walt Kelly was a great talent. He tends to be forgotten.

Lily, check out thePogo in Pandemonia blog for more Kelly.

Hmmm… Destroying a village to save it. Where did we later encounter that idea, and from what fools?

The color is beautiful, but what I really love is the fact that the title is posted at the top of every page -- in case you forgot what you were reading. It almost suggests a meta-narrative where the author includes the readers themselves in this world of idiocy.