Yankee Longago, who travels in time (as we saw in Pappy's #366), this time has a near-Bill Murray Groundhog Day experience, where he relives a day. He then steps into a war bonds poster and becomes part of the shooting war in Europe. In this morality tale by Dick "Frankenstein" Briefer our boy Yankee realizes he's not doing enough to help win the war. He's selfish, spending his savings on a bicycle instead of a war bond.

In 1944 terms the story made sense; in 2009 we think of the poor shopkeeper. He refunds Yankee's money, tells him he'll hold the bike and when Yankee saves more money he can buy it. Yankee says, "...when I save up another $18.75 I'll buy another bond." That was then, this is now. A consumer was then guilty of not spending money on bullets, as consumers today we are made to feel guilty for not spending our money on things we really don't need so we can "help the economy."

If the bicycle man was still in business when the war ended maybe Yankee got his bike. The story is from Boy Comics #18, October 1944. 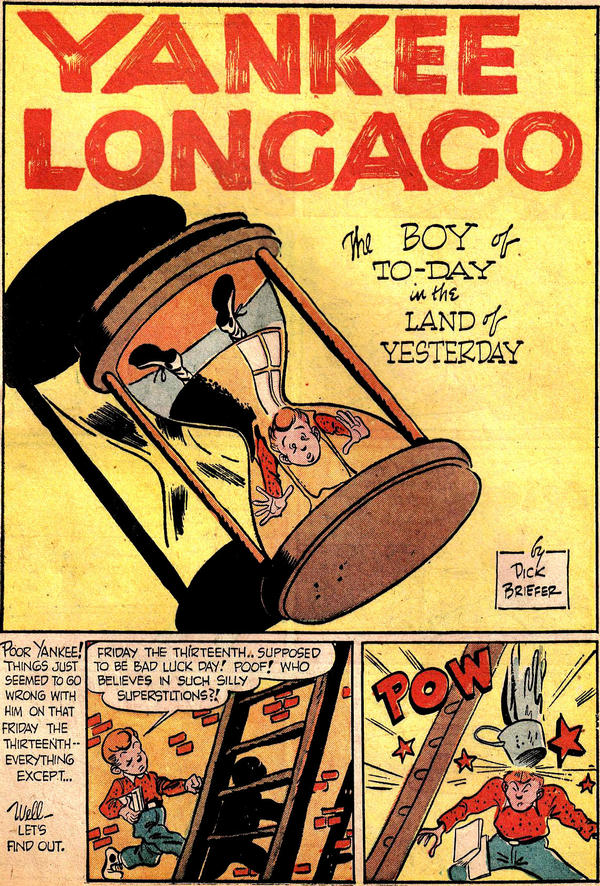 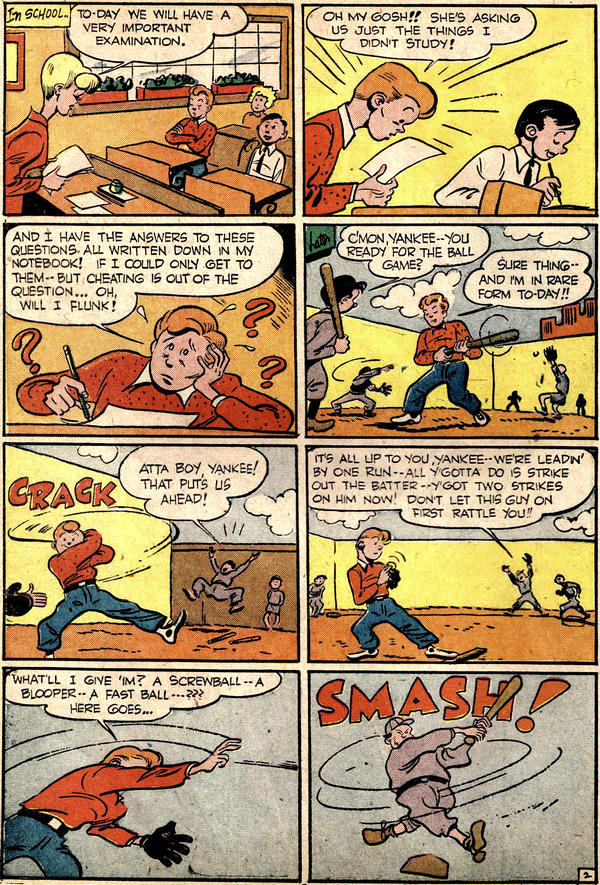 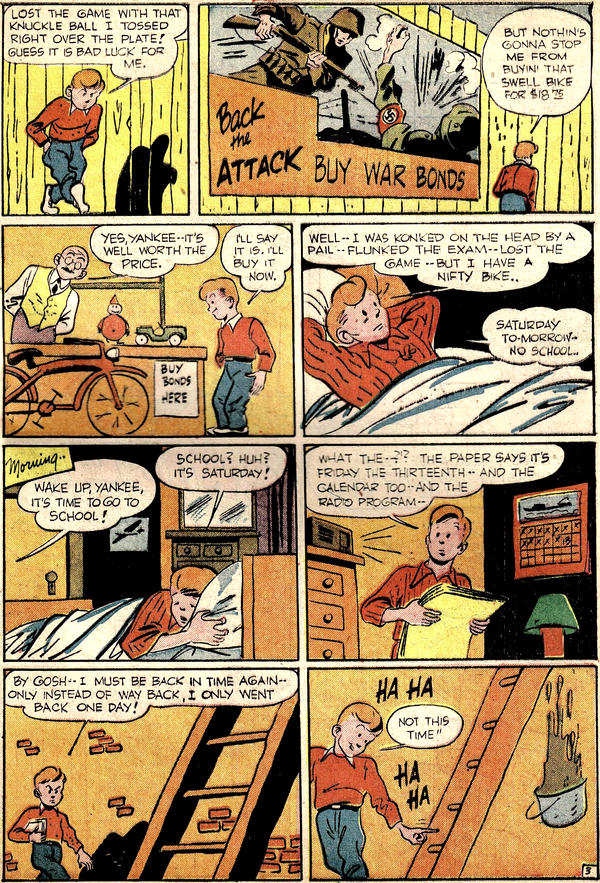 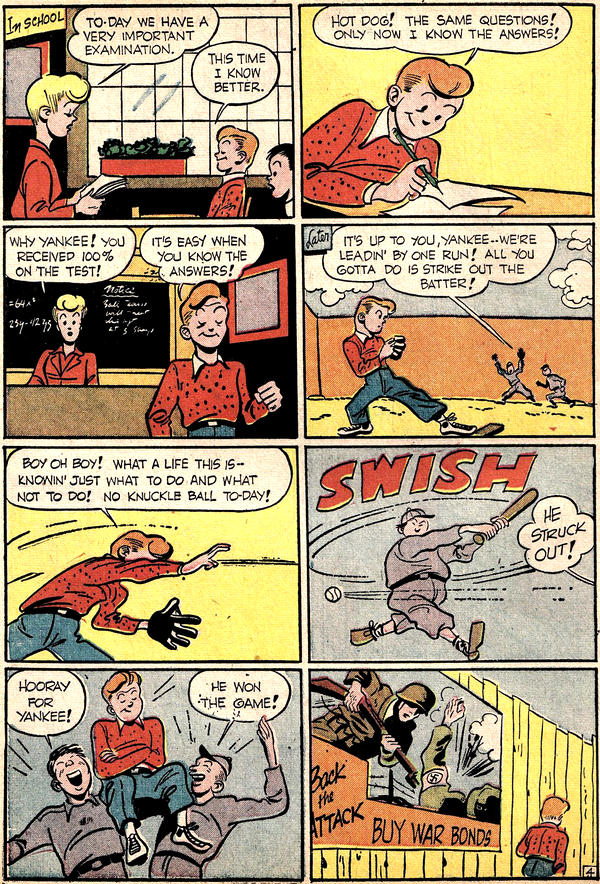 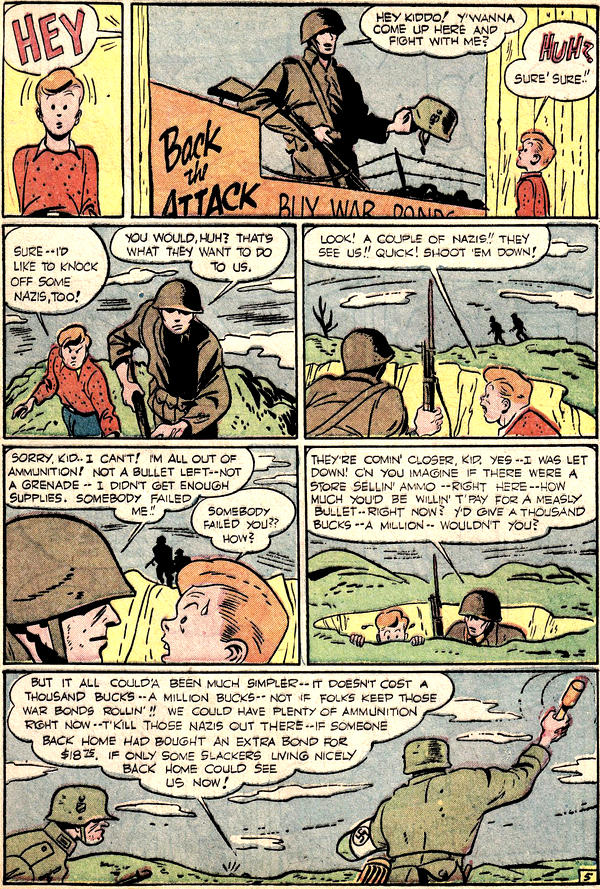 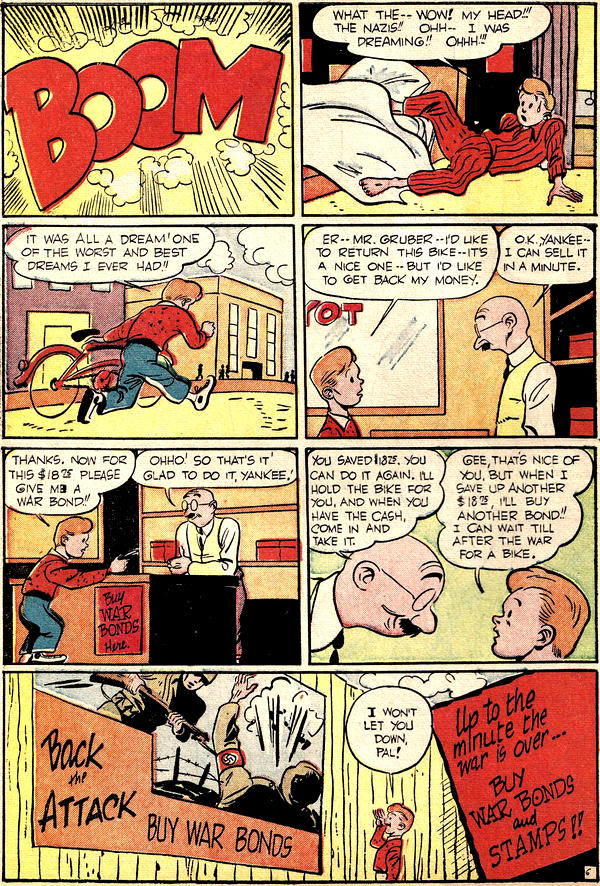 Actually, though, the military procurement and distribution systems were hugely corrupt, and frightening amounts of production were surreptitiously dumped into the ocean and what-not, as politicians, bureaucrats, and corporations cashed-in. Before he was chosen to be VP, Harry Truman had been a terrible thorn in the side of the Administration, as he did his best to track-down and expose such waste.

Dick Briefer in a a rare non-Franky apearance! Well, he did plenty of non-Franky work, but few blogs or books ever reprint those stories. Briefer worked in several different styles, though most very similar. His work here, for instance, is not so loosey goosey as his Franky work. You should see his straight romance pages. Hard to identify as Briefer, but for the body language. A gifted artist. Thanks, Pap.