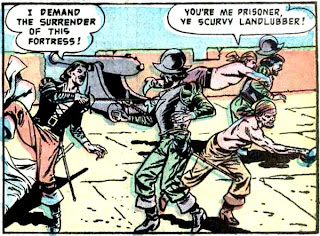 
"Will you join our jolly crew, matey?"


Tomorrow, September 19, is international Talk Like a Pirate Day.

This story, introducing Erroll Flynn lookalike Captain Daring from Quality Comics' Buccaneers #19 (actually #1), 1950, has plenty of pirate talk. Sometime in conversation tomorrow introduce the phrase, "...he'll carbanado that rash rogue!" or, "Rake that line of louts at the bulwark..." and you'll out-talk all of the piratical poseurs doing their bad imitations of Robert Newton as Long John Silver.

Buccaneers was one of a couple of titles which used the piracy theme. Others included Pirates from Hillman Publications, which lasted four issues, and Piracy from EC which lasted seven before going down with the good ship EC, sunk by the scalawag privateer Dr. Fredric Wertham. Piracy is a popular subject; just witness the movie trilogy; but in comic books it has had a short life span. Not for lack of trying.

Captain Daring is drawn by the great Reed Crandall, and keelhaul me, then hang me from the nearest yardarm if it be not true, yarrrr. 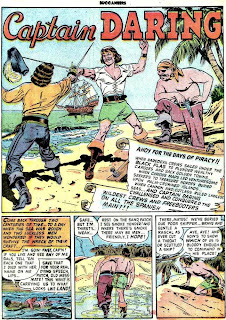 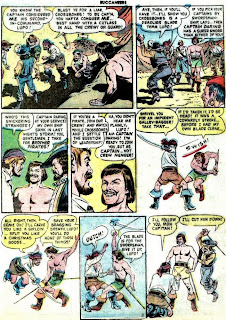 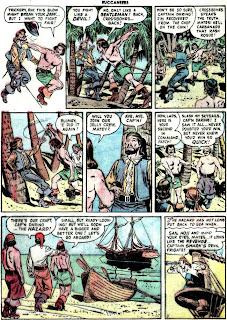 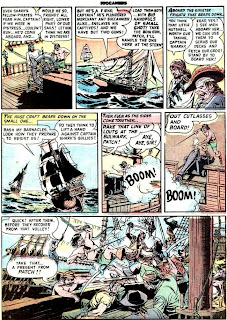 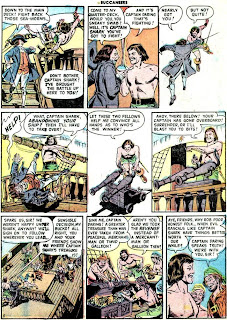 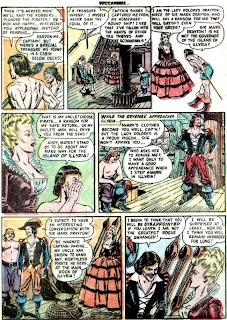 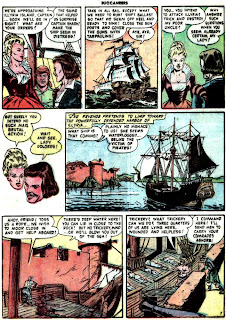 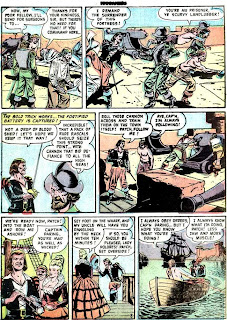 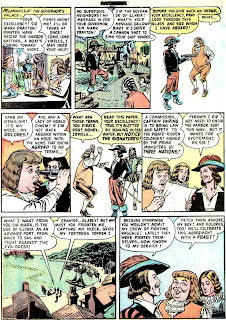 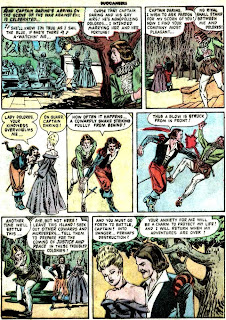 Arrrrr, there be pirates here! :-)