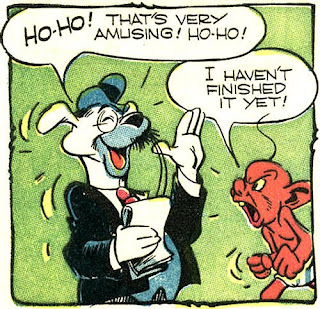 
Izzy and Dizzy and the genie of the lamp


Animator/comic book artist and writer Ken Hultgren makes his second appearance here. His first, in Pappy's #408 had me asking a question about Hultgren. Paul Spector told us that Hultgren was born in 1915 and died in 1968. Hultgren was part of the Sangor Shop, which provided comics to the company that became ACG. The artists who worked for Sangor were moonlighting animators. 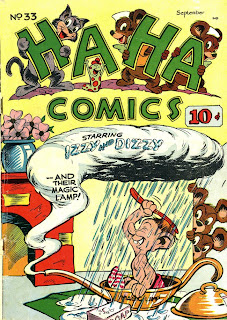 Dave Miller kindly provided the scans for this story from Ha Ha Comics #33. He also sent me some more scans from this issue as well as other funny animal comics from his collection. You will see more of Dave's comics in the coming weeks as I work with his generous donations of material.

You can see some of Dave's own cartooning--for adults--in Storybored at Hairy Green Eyeball. Dave, you are a very talented guy. 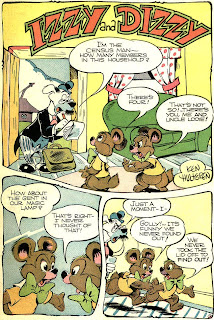 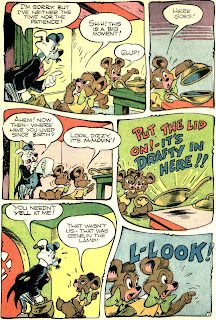 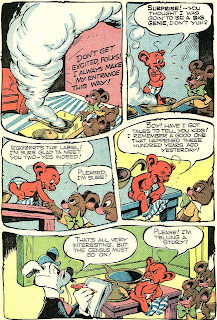 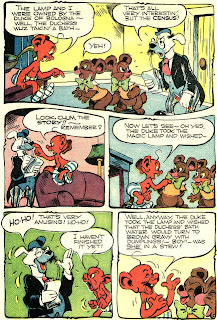 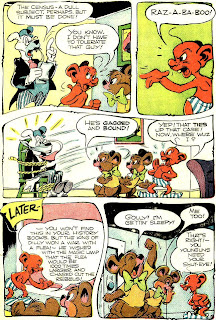 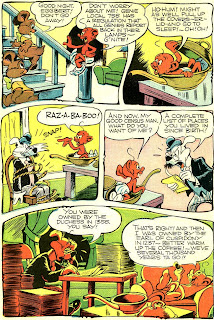 This stuff is fabulous. Too bad that they don't really do these types of comics anymore.

Contemporary artist Stephanie Gladden has a versatile art-style that often appears cut from this kind of cloth. She has worked on the Tex Avery characters for Dark Horse, The Simpsons characters for bongo and just ended a ten year run working for the Cartoon Network, drawing darn near everything else.

I have several drawings by her and they are topnotch.