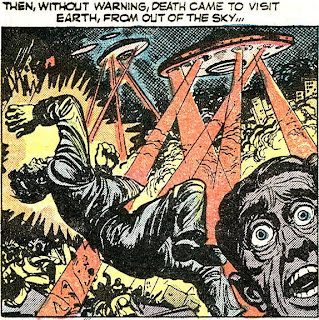 
Do two half-men make up one whole man?

"Half Man, Half...?" is drawn by Robert Q. Sale, a staple of the Atlas bullpen. At one time Sale shared studio space at the Charles William Harvey studios with Harvey Kurtzman, Will Elder, John Severin and Charlie Stern. This 1949 cartoon illustration by Severin is from The Art of Harvey Kurtzman, The Mad Genius of Comics by Denis Kitchen and Paul Buhle. 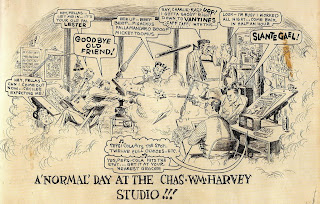 Sale is seated with his back to us, and is singing along with a radio commercial.

"Half Man" is an allegory about Jim Crow and the treatment of African-Americans in the U.S. after returning from World War II. They rightfully felt they'd be recognized for their service and given full rights as citizens. Even in 1954 when dealing with such subject matter as race, the main characters shown are white. It undercuts the point, but publishers tread a little more lightly in those days when they were scared of losing readers in areas of the country where segregation was the law.

"Half Man" is credited at the Atlas Tales website to "Fass?" which means Myron Fass, and the question mark means they aren't sure. I'm not familiar enough with Myron Fass' comic art to make a determination, but I know a bit about Fass's later life as a publisher of sleazy and exploitation magazines, including the Eerie Publications line. You can read about Myron Fass here. 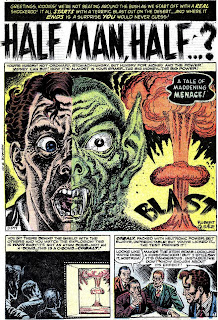 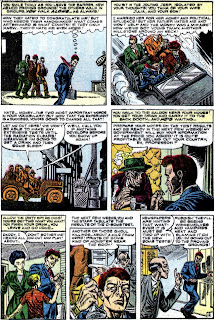 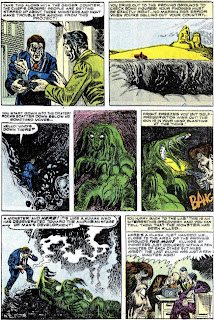 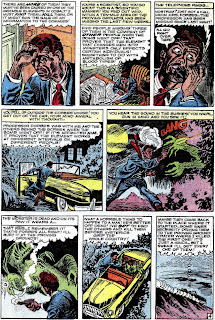 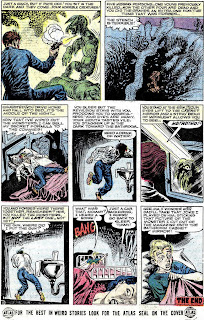 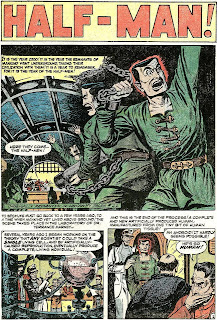 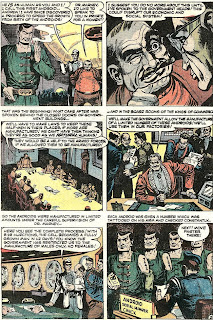 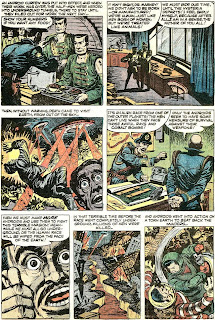 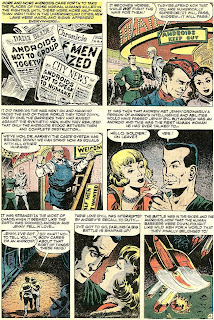 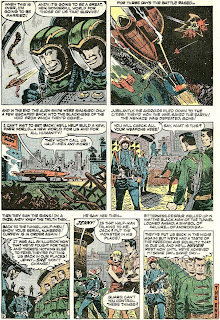 I could take you more seriously if you'd stop wearing mouse ears. 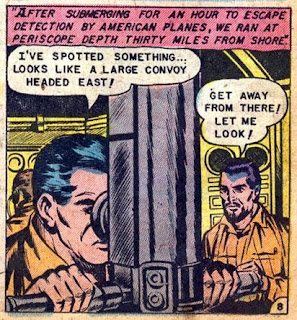 I don’t think that Nostrum thought things through – wouldn’t a bomb that makes survivors into monsters that terrorize and prey upon other survivors be the ultimate weapon? If he only applied his scientific mind to marketing instead of murder he could’ve gotten a lot more dough out of the commies!

"Half-Man, Half...?" was great. I doubt I've ever seen a motive for the "protagonist" in a sci-fi comic played out quite that way before, and those crocodile headed critters were a blast (no pun intended). There's a lot to love/ridicule in this tale, but I'll just say that "Nostrum" is an interesting name choice.