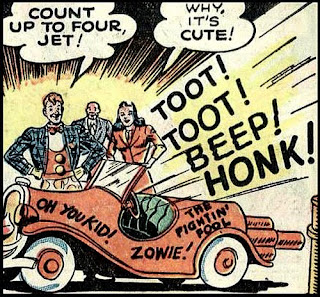 
"He counteracts our every murderous move with some new screwy gadget!"


Funnyman was a genuine attempt by Superman creators Jerry Siegel and Joe Shuster to create a new character they would wholly own, and that would be as successful as Superman. The tale of woe over ownership of Superman is a tragedy, told many times in many places, and you've got to admire them for even trying to recapture that magic with another feature.

Too bad it didn't work. In 1948 Funnyman lasted just six issues in his own magazine, and a short time in a daily comic strip distributed by Bell Syndicate. I'm sure the failure of Funnyman had the effect of further crushing Siegel and Shuster's spirits.

I'm not sure who came up with the idea for a superhero in a clown suit, but despite his creators' credentials it seems like an idea that was doomed from the start. Even so, I like this story because in appearance it reminds me of Joe Shuster's vintage Superman artwork, and I like the gimmick of the Jet Jallopy. 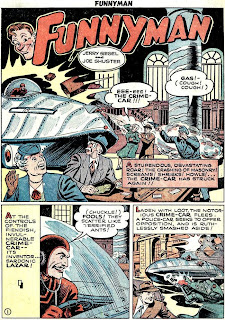 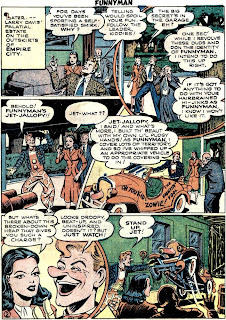 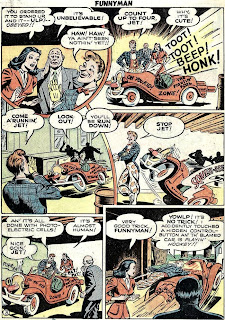 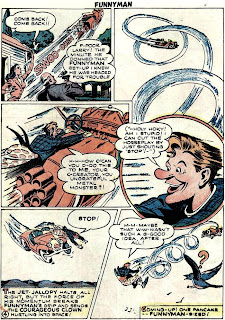 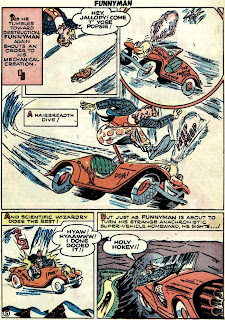 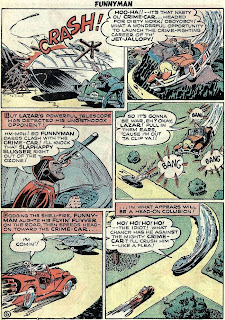 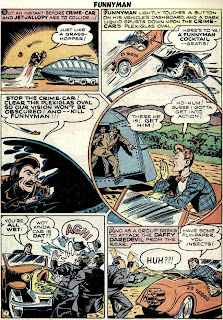 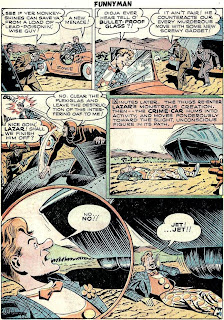 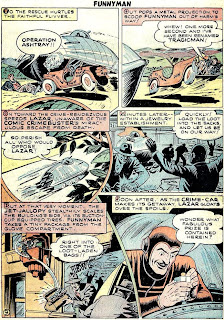 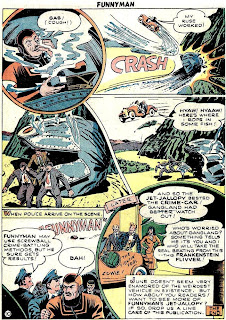 most amusing, but i think i'd like to see a "Tragicman" comic now!

Pappy does it again. Thanks Pappy, I've been looking for Funnyman stories for ages now. Judging by this one, I guess it's true what everyone said - Funnyman just wasn't funny. Love the artwork, though

I second both thoughts as well.