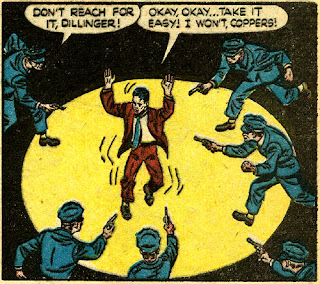 
The True Story Of John Dillinger


The word "true" in the title of this story is a relative term. There was a man named John Dillinger; he robbed banks with a gang; he escaped from prison; he died in a shootout on a Chicago street. Everything else in this story, from Crime Does Not Pay #45, May 1946, is a comic book fantasy.

In this story most of Dillinger's career is glossed over in favor of a couple of anecdotes. One is an often debated version of how Dillinger escaped from prison with a wooden gun. Some think it was a real gun, smuggled in by a bribed guard, and some think it was a fake gun, also smuggled in. The panels showing Dillinger carving the gun with a big knife are laughable. If he had a knife that big he wouldn't have needed a gun. And if a fake gun had been smuggled in, why not just smuggle in a real gun? The whole story sounds good, but starts to fall apart under examination.

The FBI is only mentioned once, and that's at the point of Dillinger's death near Chicago's Biograph Theater in 1934. It was actually an FBI stake-out. What Dillinger unwittingly did was help to create the modern FBI. The whole story is told well in the book, Public Enemies by Bryan Burrough. Through a lot of bumbling and missteps the FBI learned from its mistakes in tracking the criminal gangs that were roaming free in the Midwest. Those gangs, of whom Dillinger's was the most famous, brought about sweeping changes in law enforcement on a national basis. Up to that point most crimes, no matter how big, were handled by the states and local authorities, even when they were out of their league.

The art in "The True Story Of John Dillinger" is by Bob Q. Siege. The story follows the usual crime comics formula, which shows the criminal in action up until almost the last panel when he dies. It also has the requisite cops-getting-shot panels. In the case of the real Dillinger gang, cops did get killed, as did innocent citizens. The story also features the annoying character, Mr. Crime, who reminds us of the old-time advertising character from the Sunday funnies, Mr. Coffee Nerves.

The crime wave of the early 1930s, which included criminals and gangs like the Barrow Gang (Bonnie and Clyde), the Barker Gang (the Barker brothers and Alvin Karpis), Baby Face Nelson, who was also a member of the Dillinger crowd at times, Pretty Boy Floyd, et al., were holdovers from the Wild West. The crooks didn't ride horses, they rode in cars with horsepower. Besides old-fashioned six-shooters they used modern weaponry, with the Thompson submachine gun being a favorite. They often outran, outgunned and outwitted the rural police forces they encountered. Dillinger and his cohorts escaped capture more than once in bloody shootouts with the police and FBI. All of this captured the public imagination and was big news in the press. But they were really just murdering thugs with no respect for anyone else. They were a continuation of Butch Cassidy's Wild Bunch, the James Gang, Billy The Kid and the rest of the criminal cretins who were given stature by the media of the time; stature that in real life they didn't deserve. 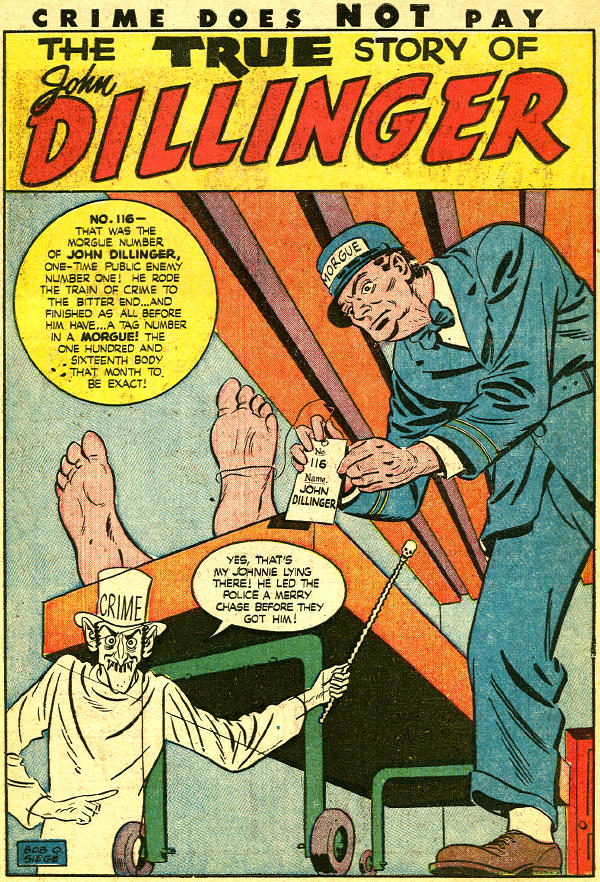 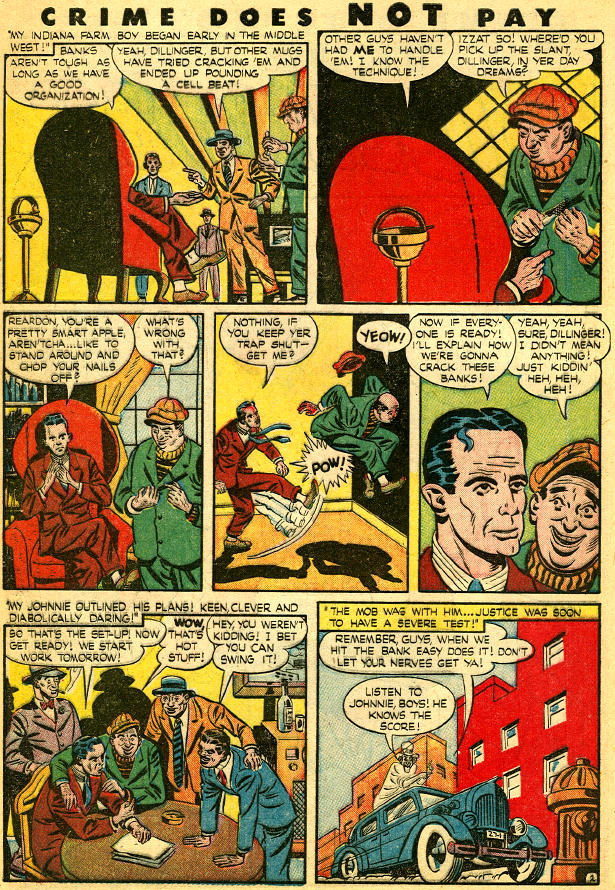 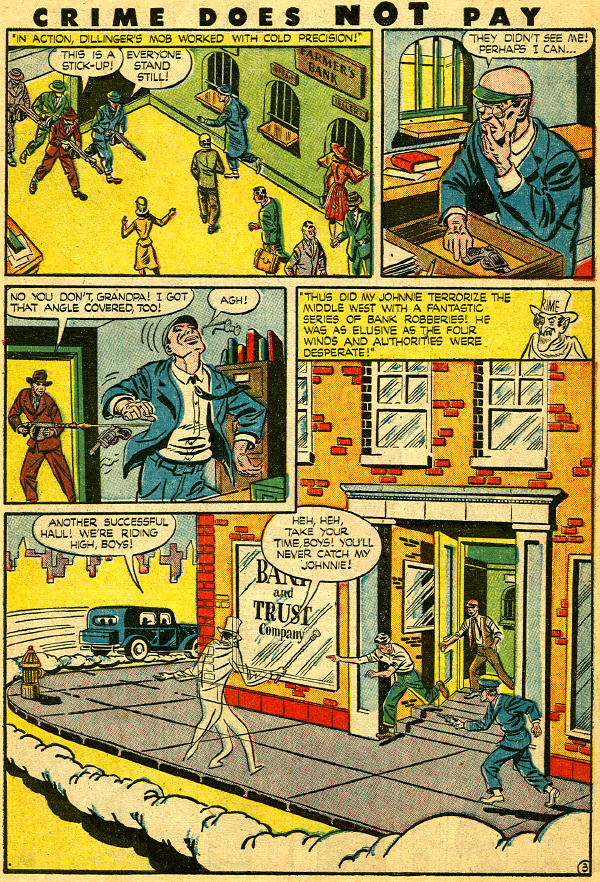 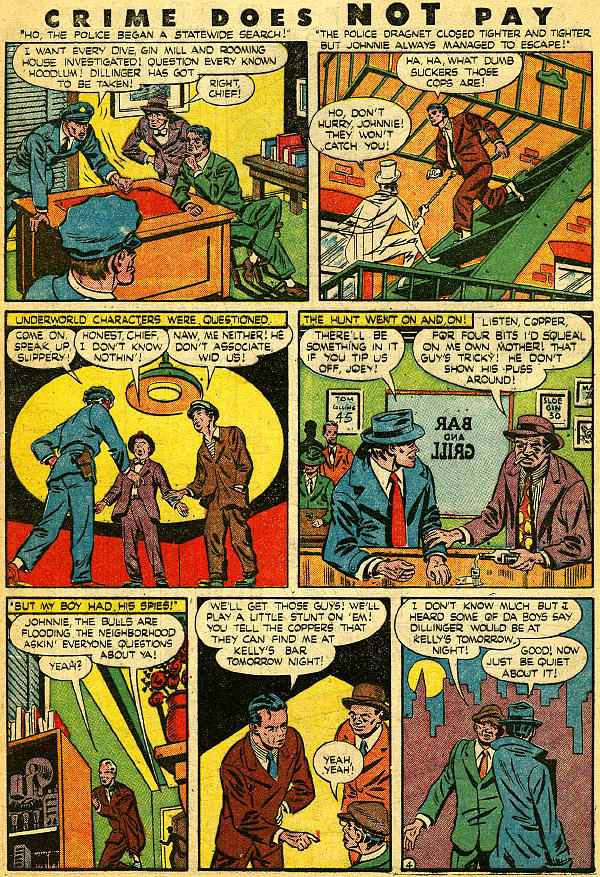 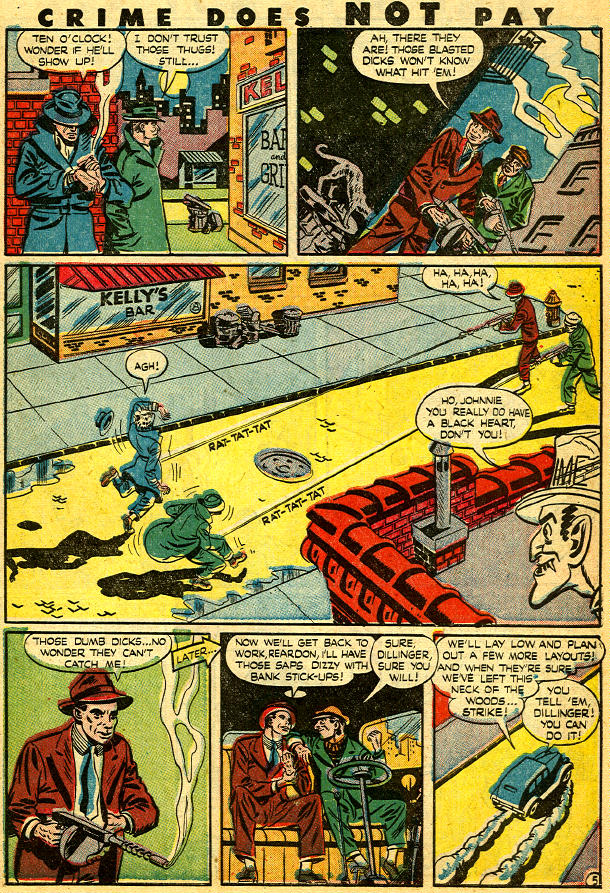 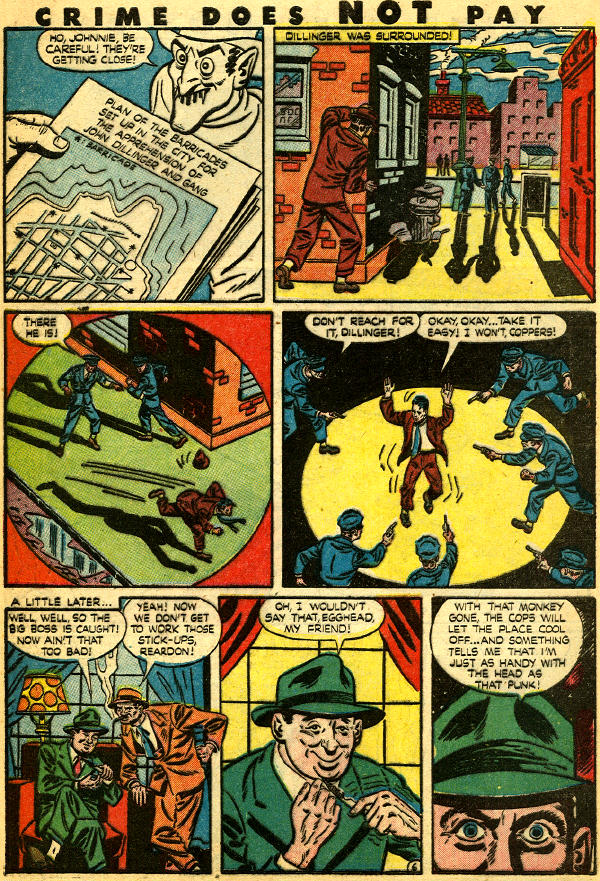 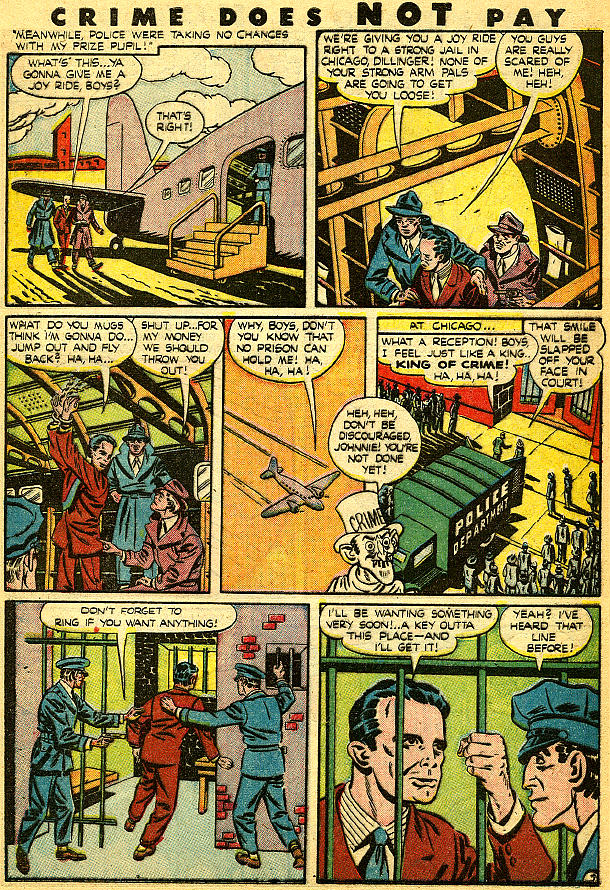 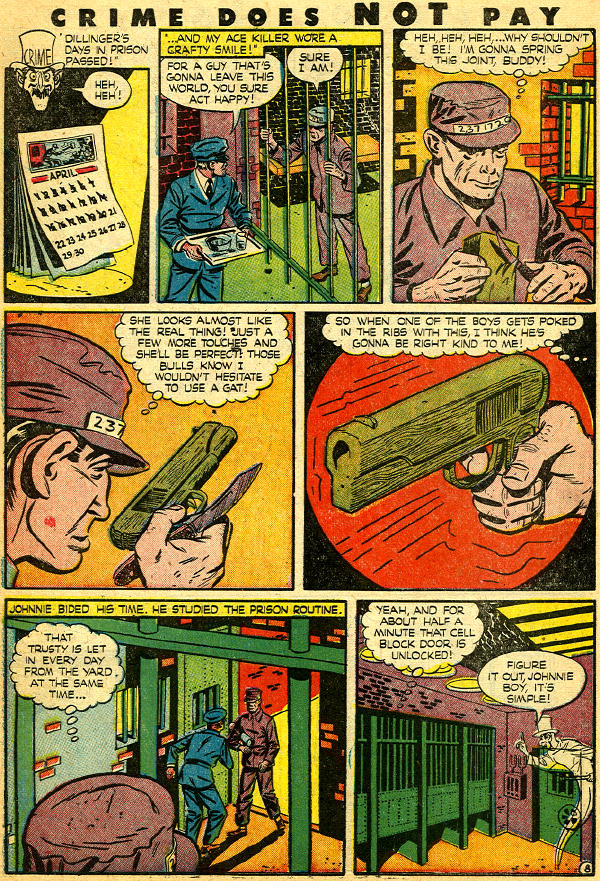 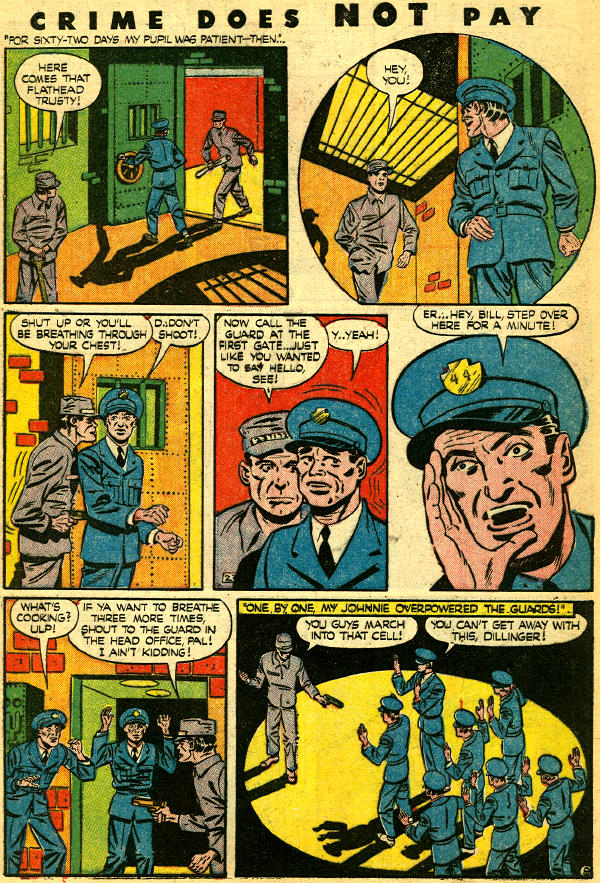 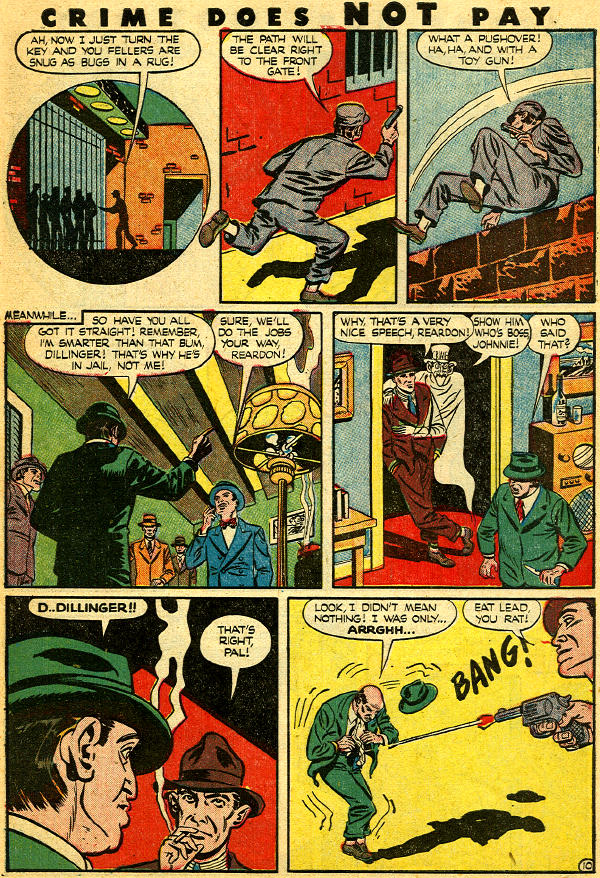 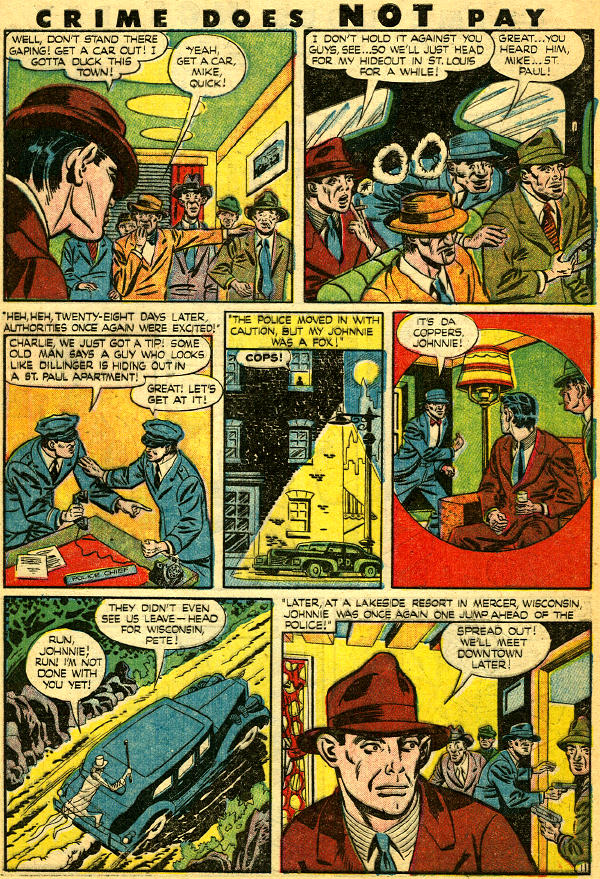 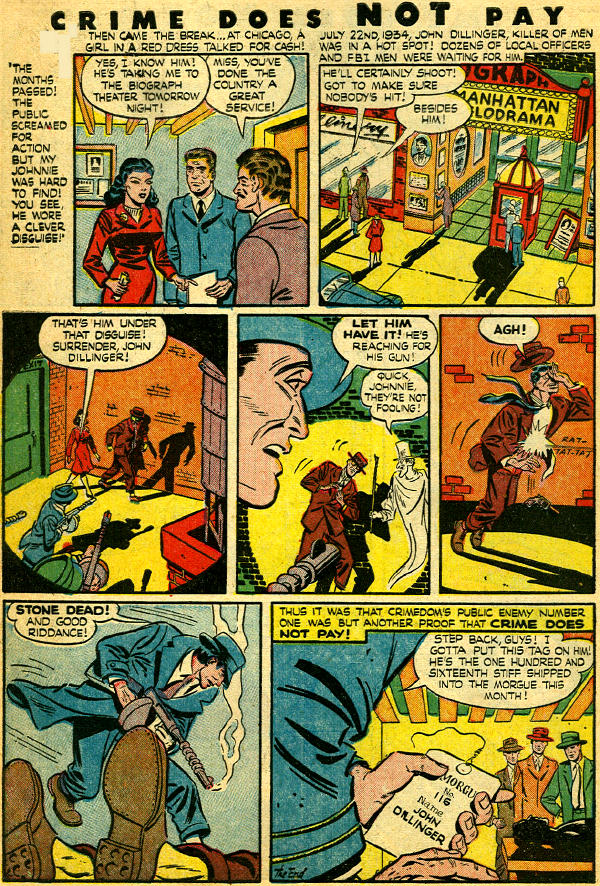 Actually there's a good argument to be made that a lot of these "public enemies" were simply victims of the Great Depression who chose to fight back against a system which saw them as expendable. There's an even better argument to be made that they became famous because J Edgar Hoover was keen to emphasize the FBI's war on these kinds of criminals to distract the public from the real threat of organised crime, which Hoover denied the very existence of.

Paul, I partially agree with you. The FBI and Hoover definitely had an agenda to have a federal police force. And Hoover had enemies in Congress. He survived for forty years as FBI Director after those lawless years, so he definitely had a strong ability to survive, and much of that was because of positive publicity in the press. Much of that praise was earned by taking down criminals like Dillinger, even if, as I believe, the agents in those days had more luck than skill in finding them. Arguments about states' rights v. federal are still going on. It makes sense now that if criminals escape across a state border they aren't free in the sense they were in that era, since police from one state couldn't chase them into another. The mobility of the early '30s crime wave made such laws necessary.

Where I might disagree is that people like these outlaws were victims of the Great Depression who chose to fight back. There were millions of citizens in the U.S. who didn't go out and rob banks or kill people. Even people who routinely defied the Prohibition laws just weren't in the same category as the Midwestern gangs. Rather than being rebels against a bad system, Dillinger and his ilk were criminal sociopaths who would have existed in any era of America, past, present and future, because they have no use for laws and no compunction about using guns or weapons against innocent citizens.