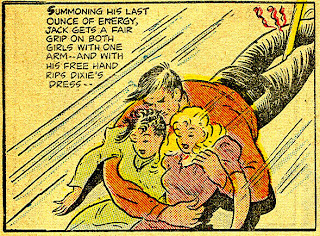 
Smilin' Jack was a popular newspaper comic strip which ran from 1933 to 1973. Forty years is a respectable run for any strip, especially one that was centered around aviation. That field seemed much more exotic in the early 1930s than it was in the early 1970s. The creator/artist was Zack Mosley (1906-1994).

This posting is of a 16-page Popped Wheat giveaway comic book from 1947, with reprints of a 1938 Smilin' Jack continuity. There were four titles in the Popped Wheat series, Terry and the Pirates, Little Orphan Annie and Dick Tracy, all strips from the Chicago Tribune Syndicate. There was only one issue of each title. 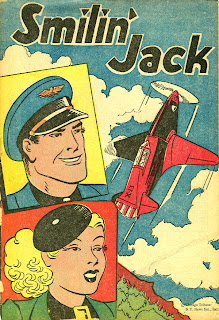 This issue of Smilin' Jack seems to be pretty typical of the comic strip I read from the late 1950s until its demise in '73; it has its soap opera elements mixed in with comic relief. The gimmick of the lothario Downwind Johnson keeping his face away from the reader was used with great effect for the life of the strip. The gimmick of Fat Stuff popping his buttons into the mouth of a waiting chicken seems like something that should have been ended right after it began. Fat Stuff--and his girlfriend--are pretty awful racial caricatures, but that sort of thing was more acceptable in that time. 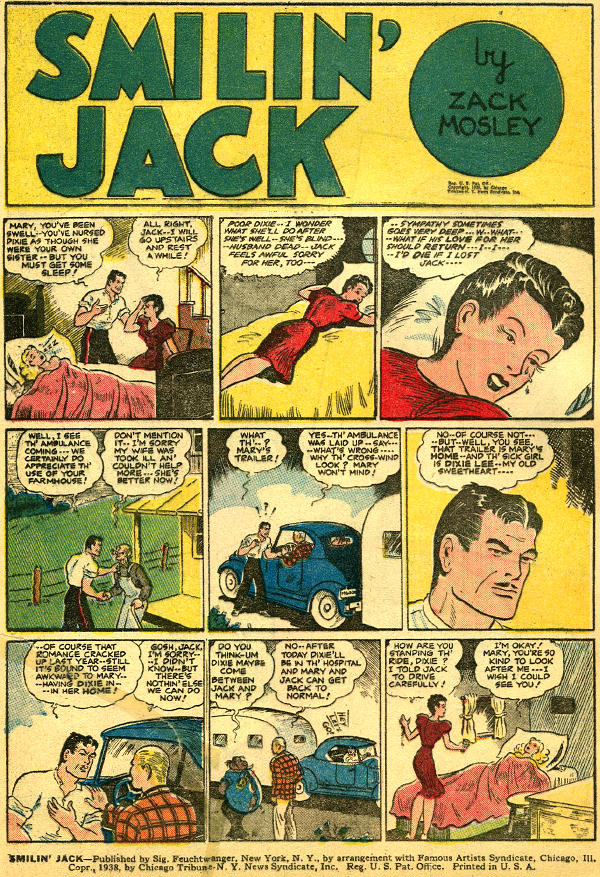 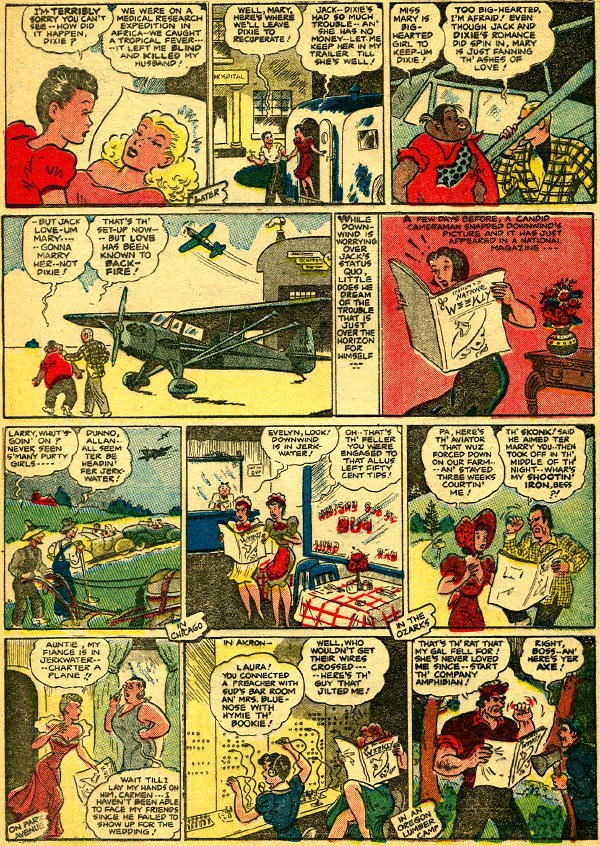 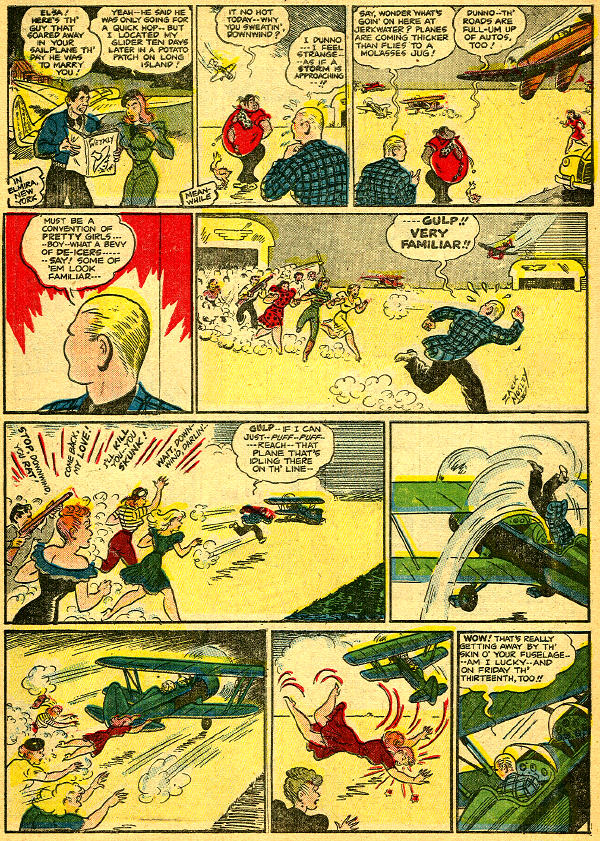 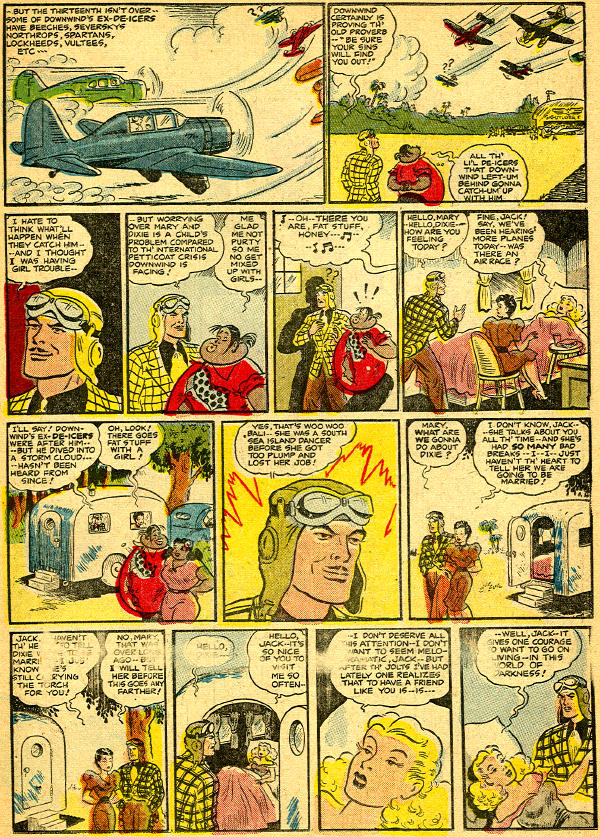 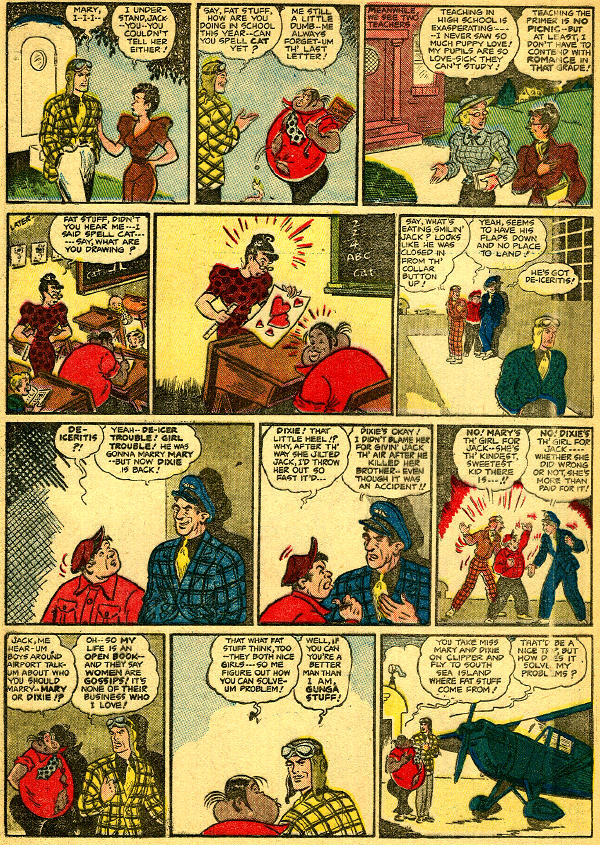 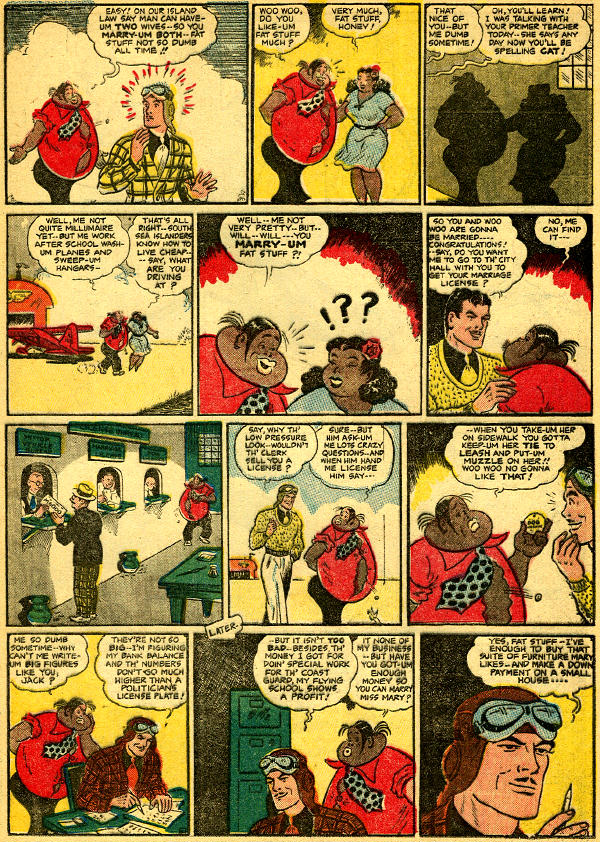 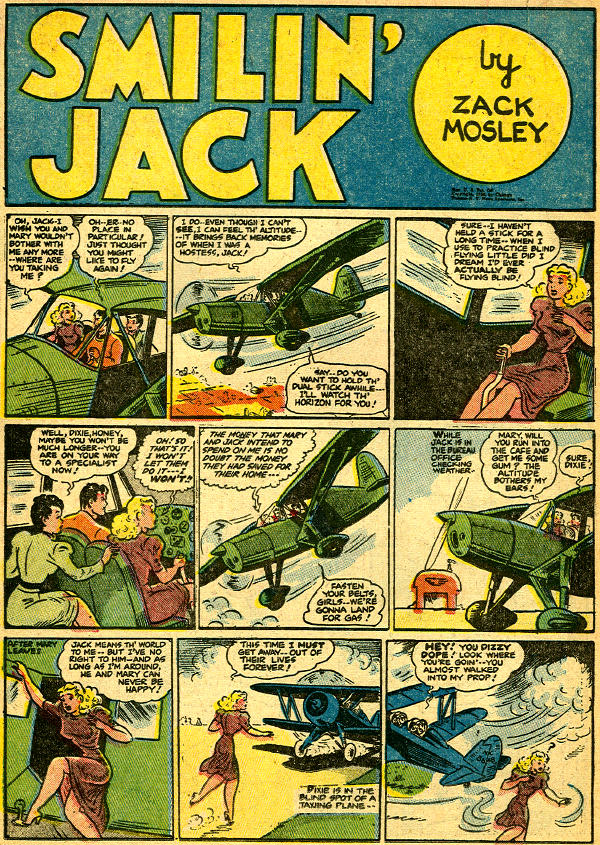 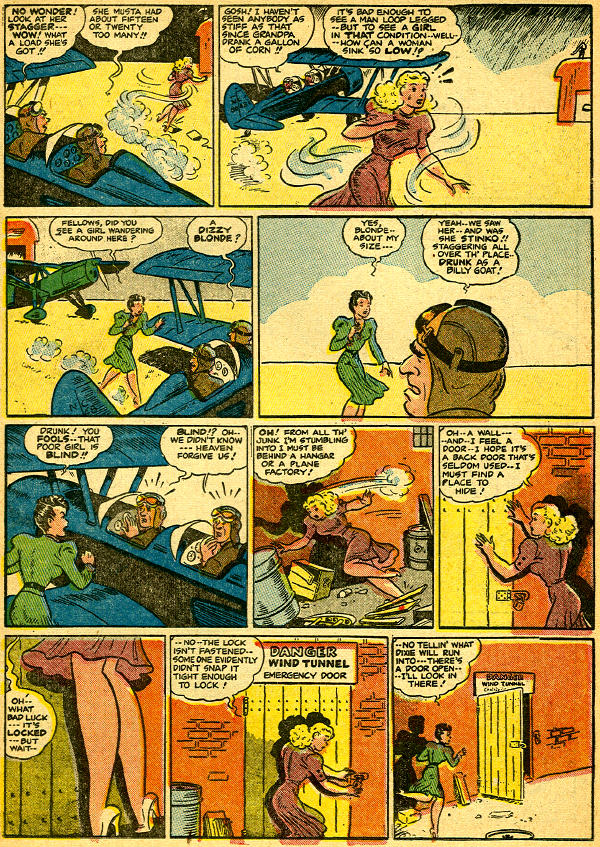 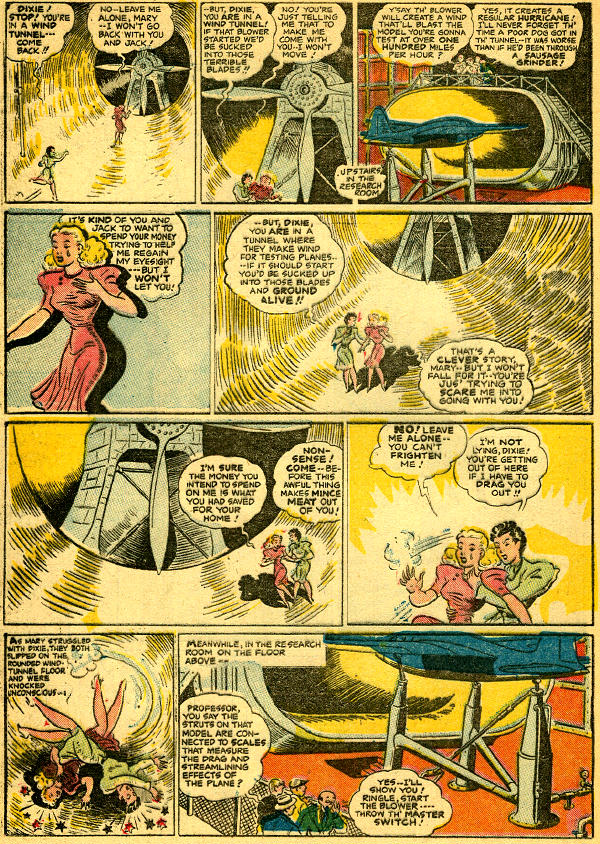 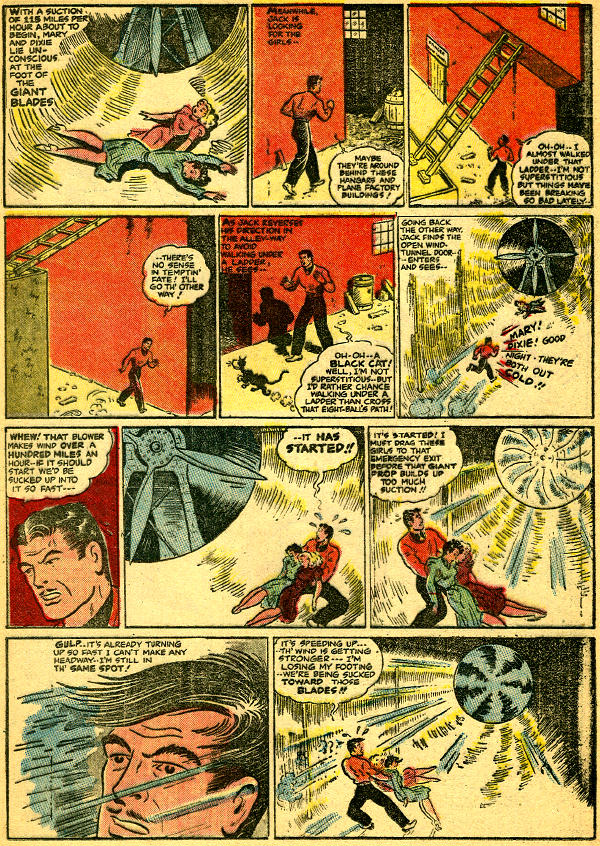 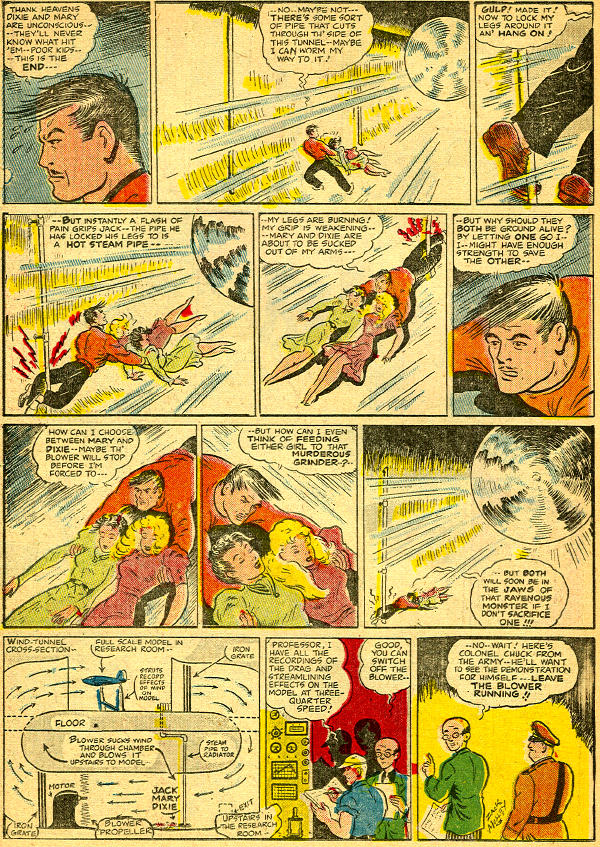 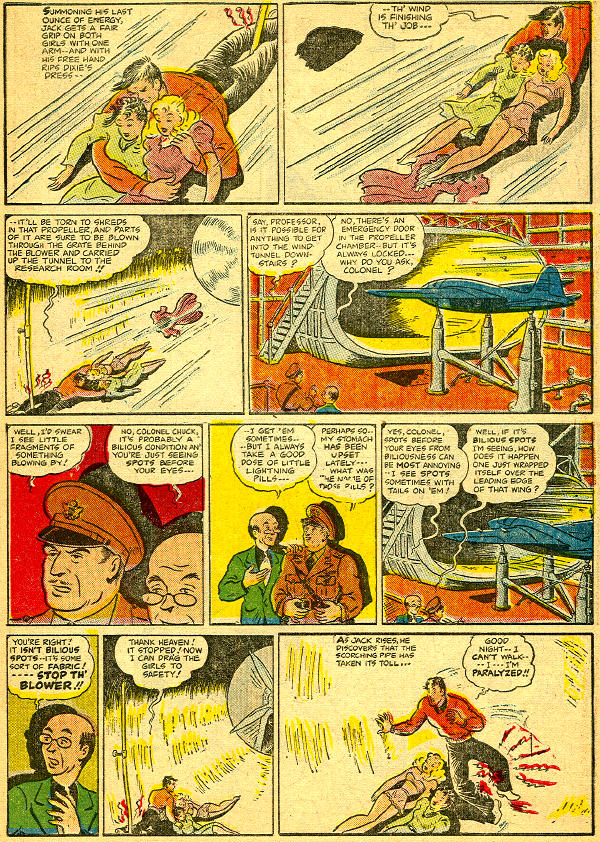 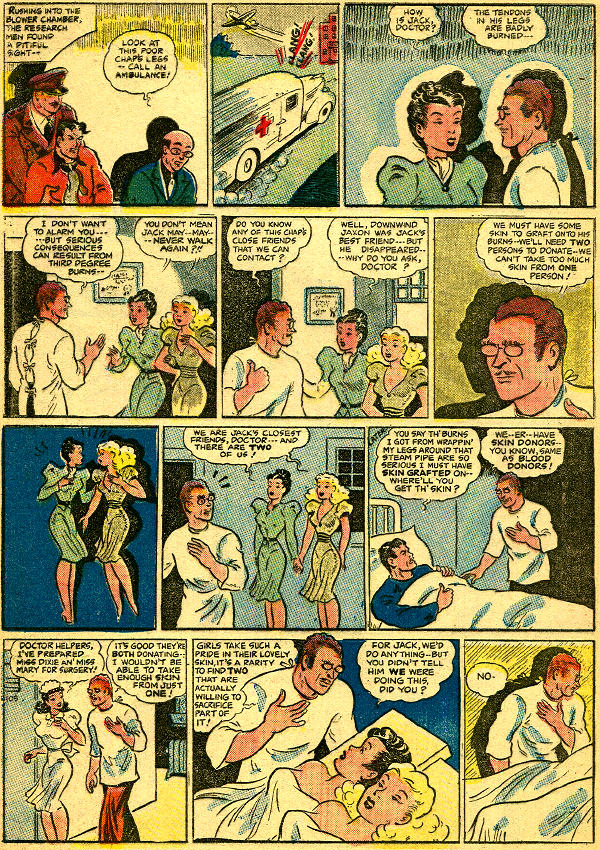 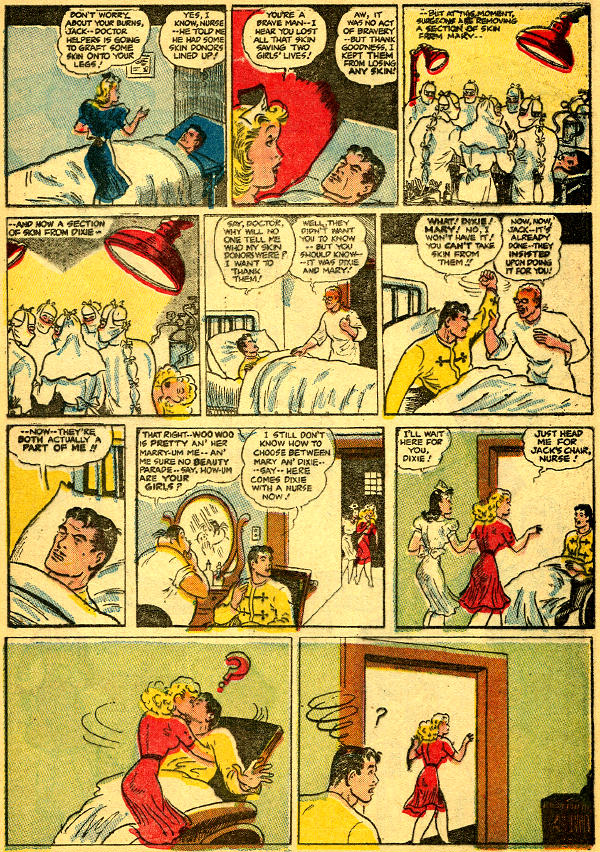 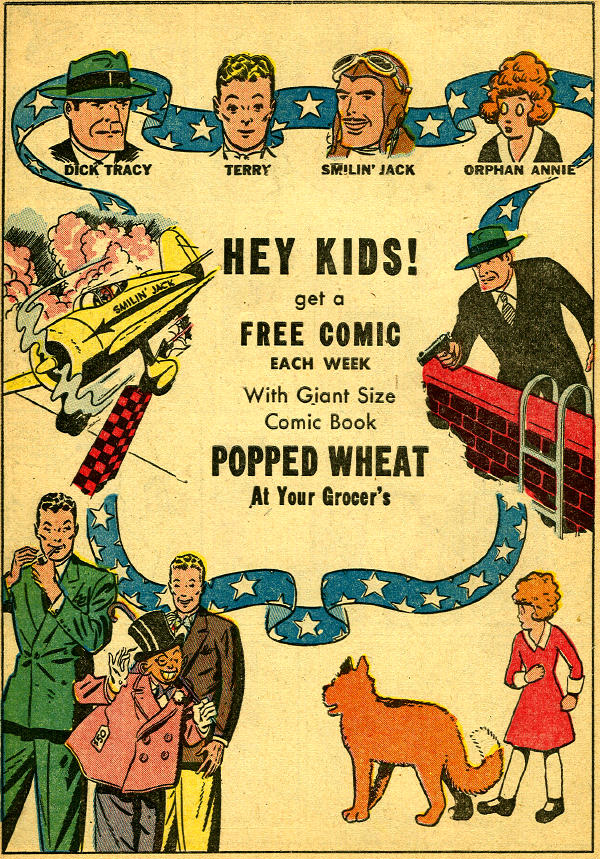 THANK YOU THANK YOU OH THANK YOU< PAPPY!! I,ve been looking for this sequence for YEARS, ever since I saw a segment in Ron Goulart's "The Adventurous Decade" book from the mi-seventies...I can now die a happy, happy man!

(And that Dixie Lee sure is HOT in those pink undies...:-D)