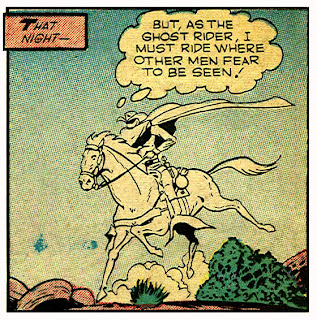 
The Ghost Rider and the Fire Ghost!

Gardner Fox, who wrote hundreds, maybe thousands, of comic book scripts in his life, wrote the Ghost Rider stories. Fox loaded the balloons with comic book sound effects. On tier one of page three, for example, we get "Aieeee!" "Ayah!" and "Waughhhh!" There's no record of what English novelist Evelyn Waugh thought of his name being used as onomatopoeia in a comic book.

The artwork by Dick Ayers is up to the usual standards of excellence for this series. I have a tremendous amount of respect for Ayers, who freelanced for several of the major publishers, and did outstanding work for each and every one.

I'm not glossing over the racist attitudes toward the Native Americans in this story. There actually were some comic books that used Indians in respectful ways, but not in this story.

Previous postings of Ghost Rider stories were in Pappy's #95 and Pappy's #50. 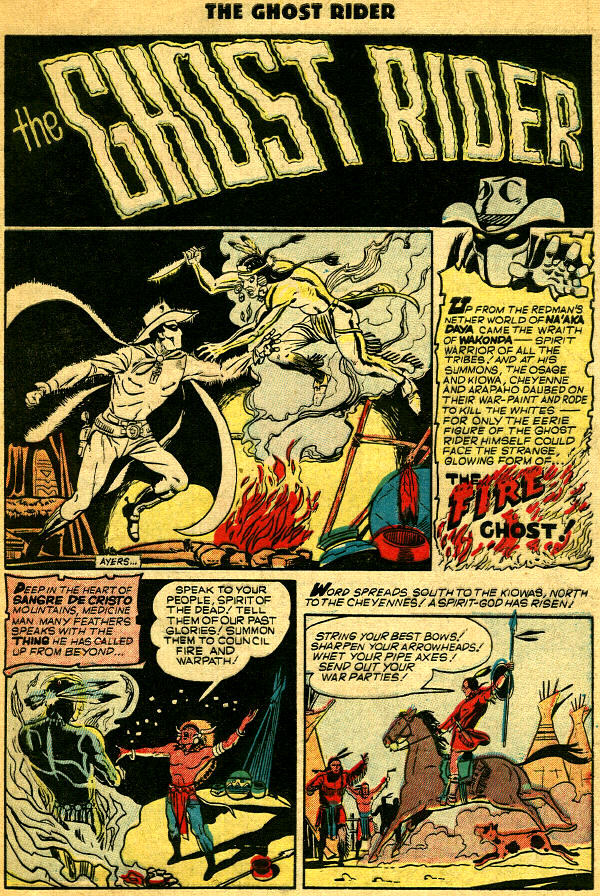 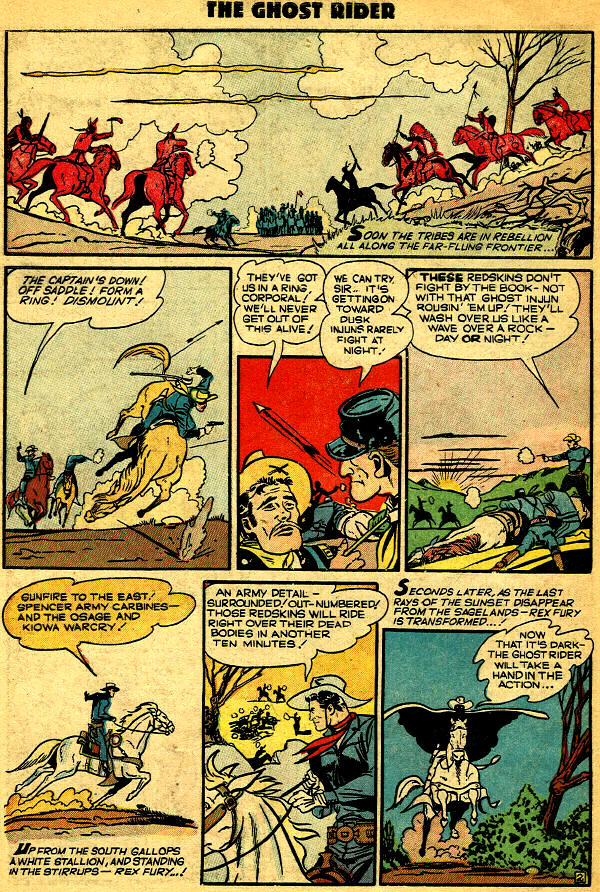 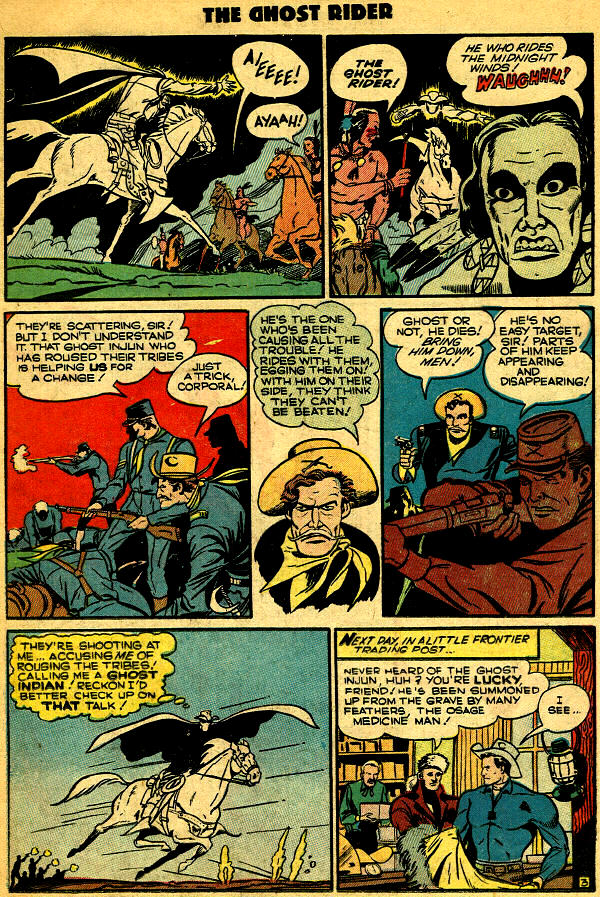 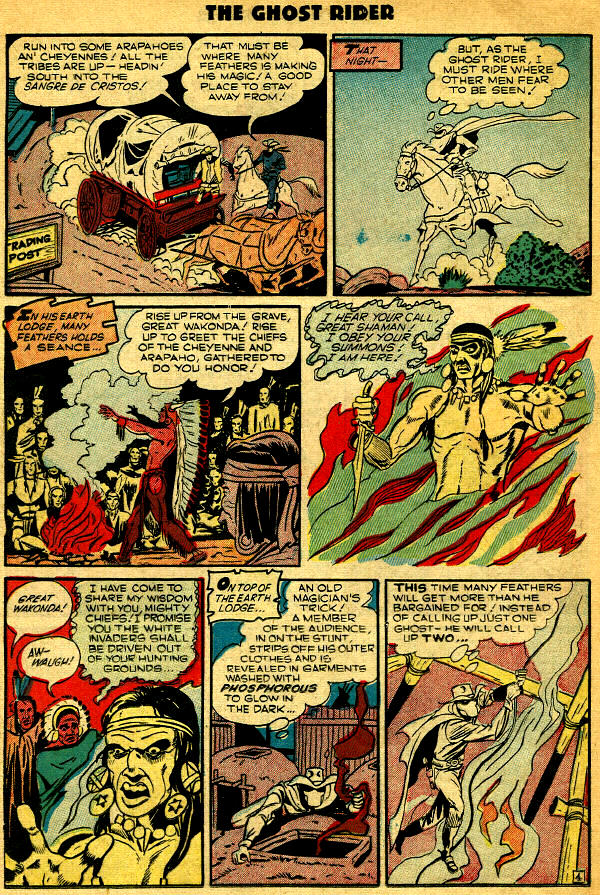 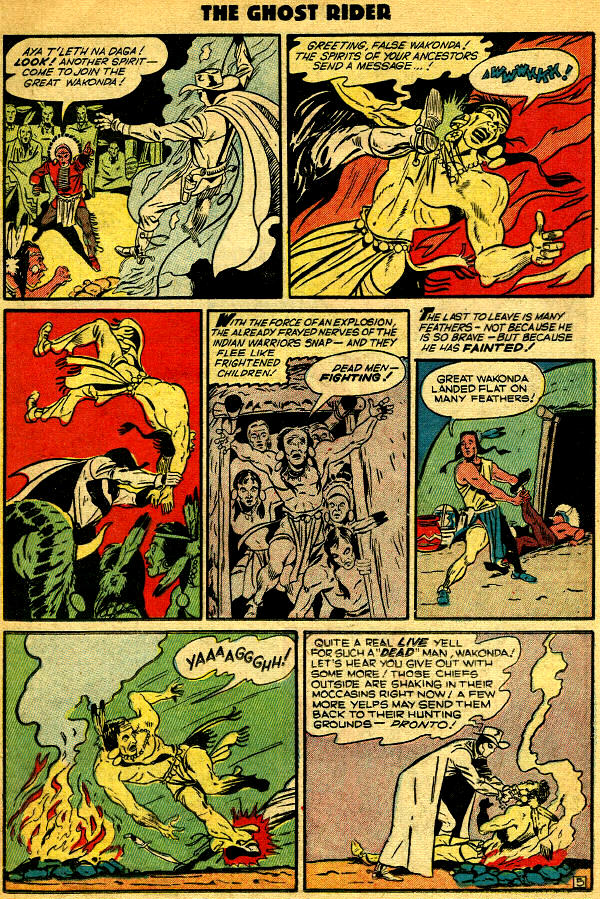 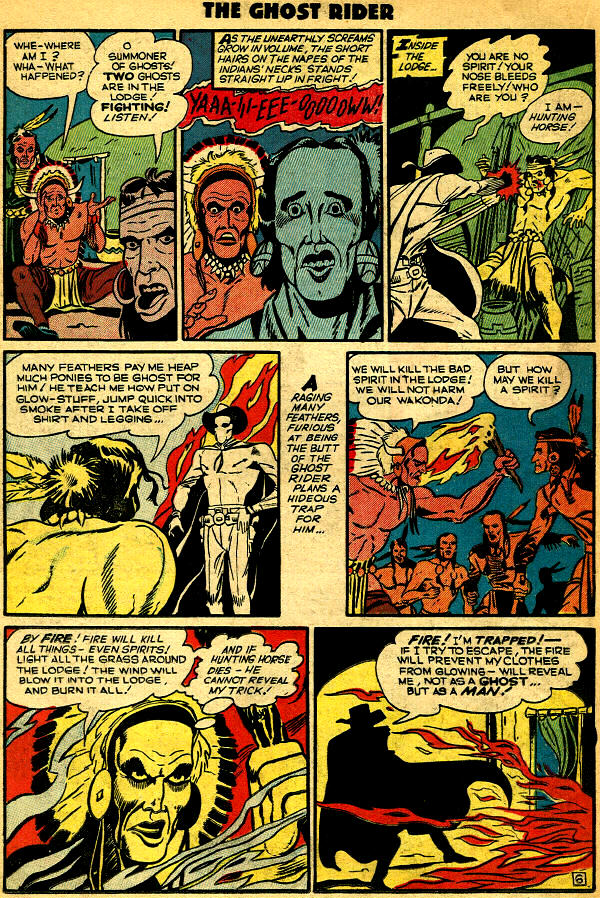 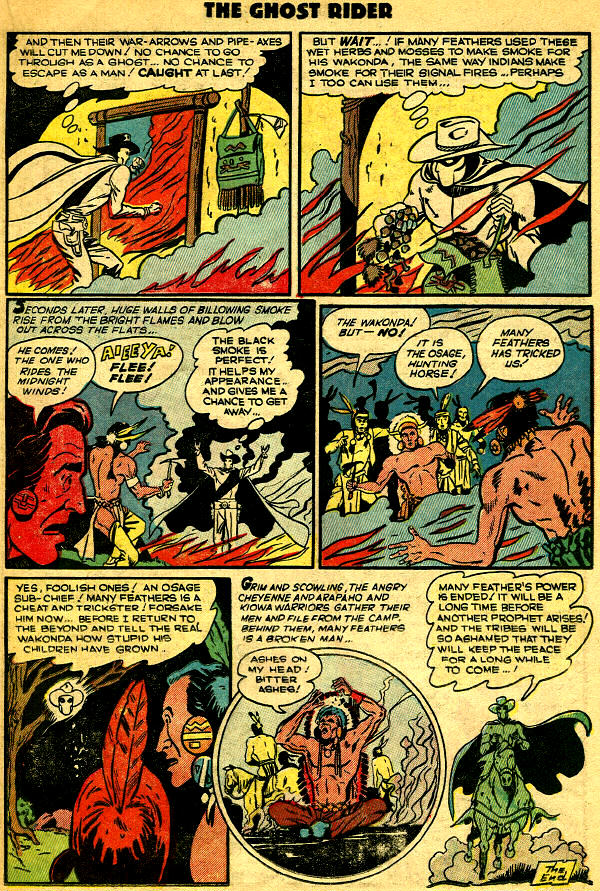