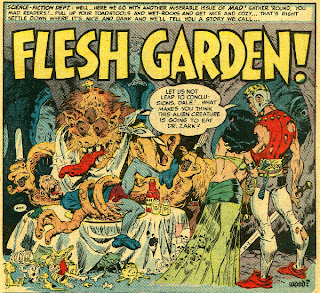 Flash Gordon was such a well-known comic strip and movie serial that it was a good target for parody.

Mad did the best parody of all with Wally Wood's excellent "Flesh Garden!"

In Humbug #10, 1958, the next-to-last issue, fellow Mad artist, Jack Davis, took on the job of rendering a parody of Flash as a Russian commissar. In this case Flash is used as a satire on the Soviet Union during the Sputnik era. 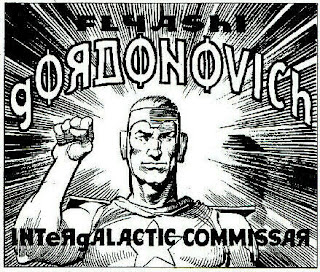 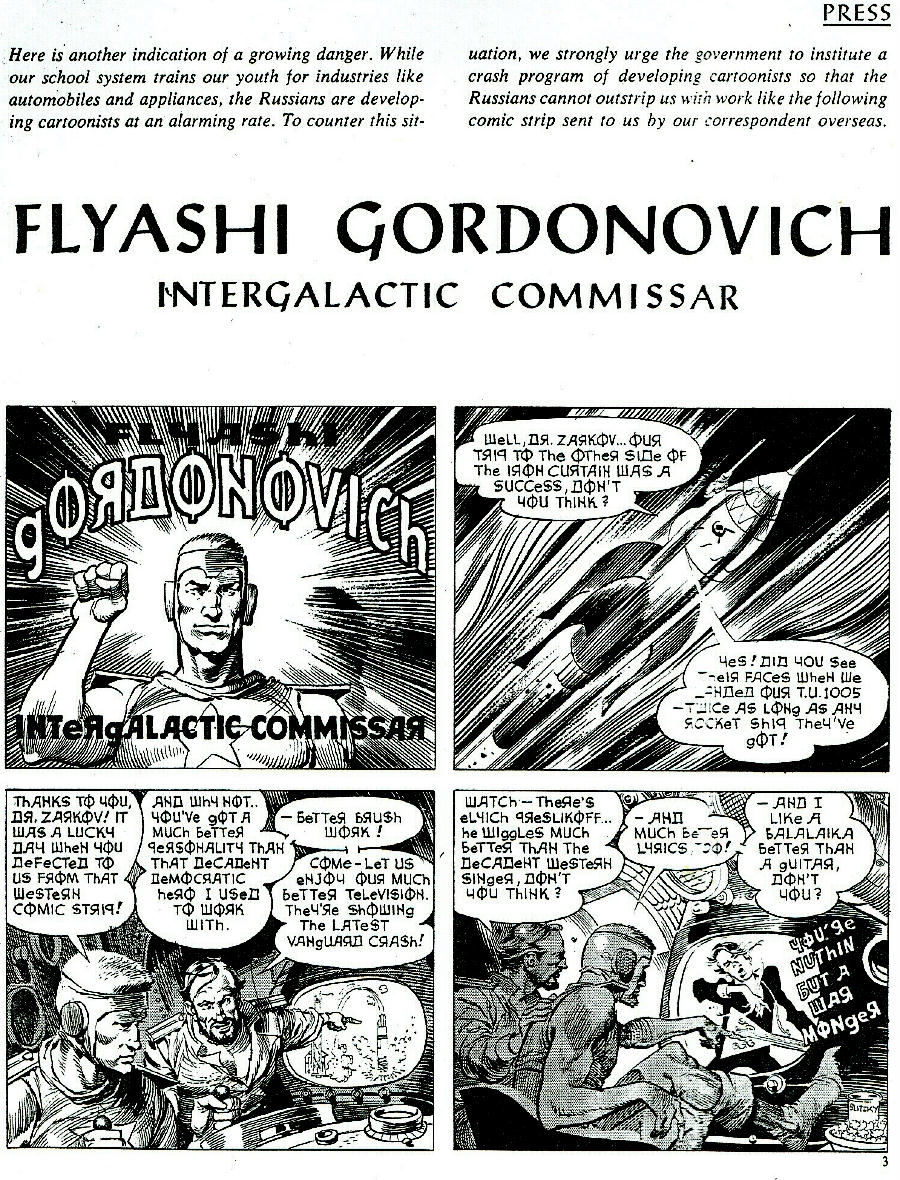 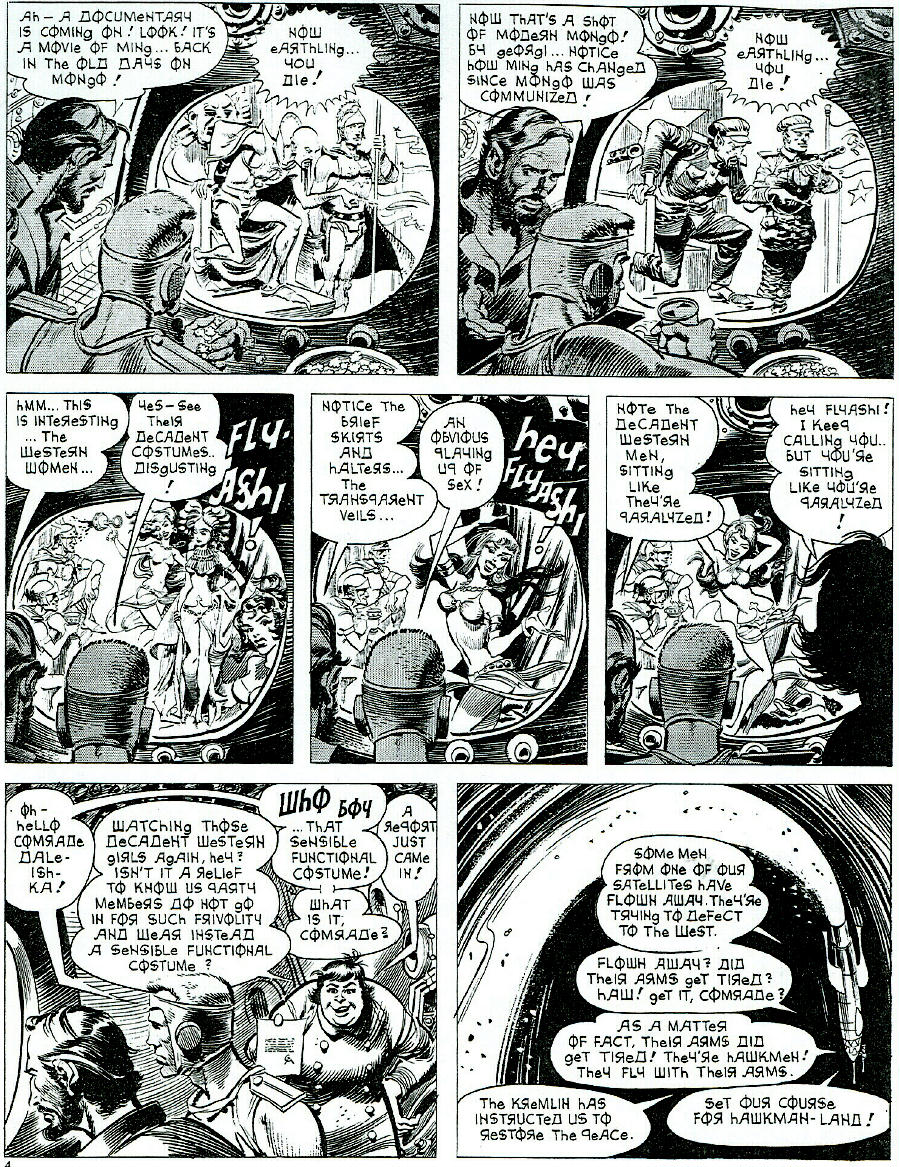 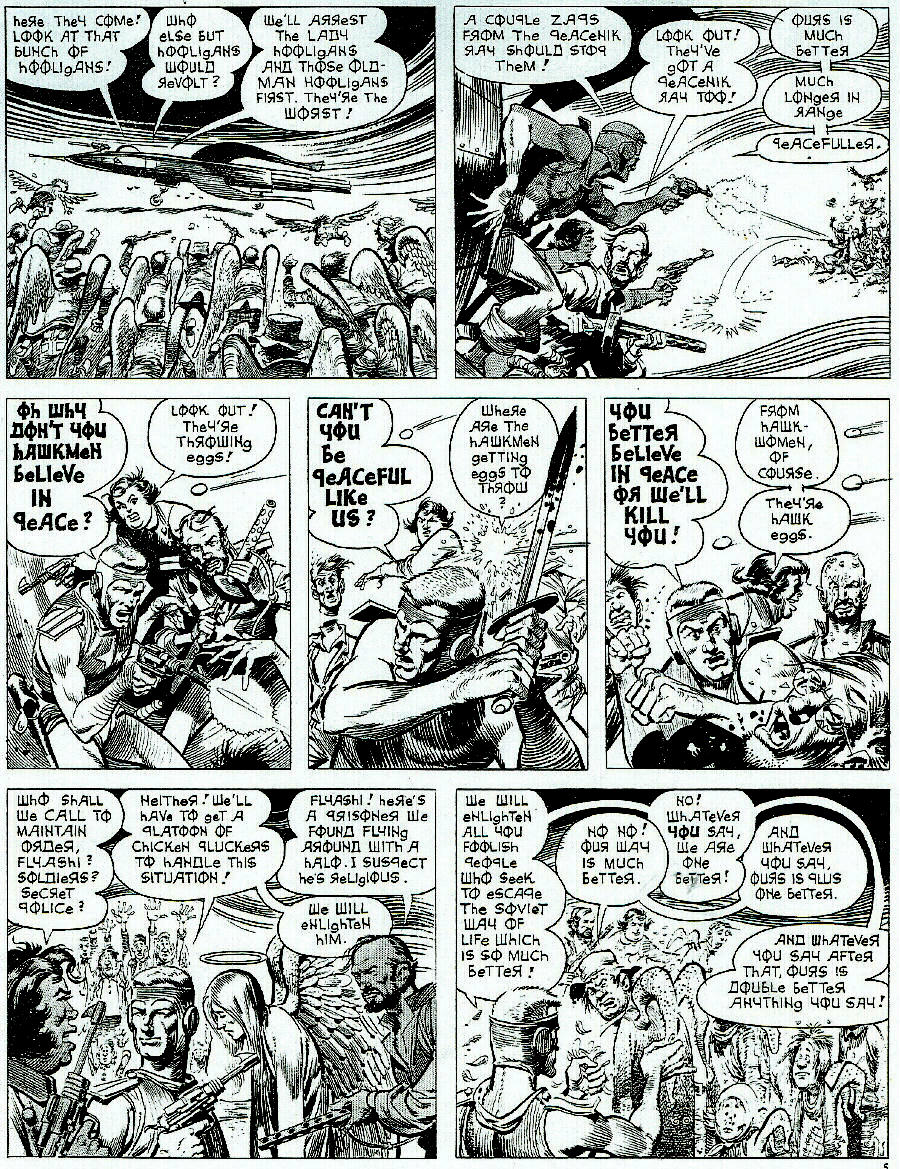 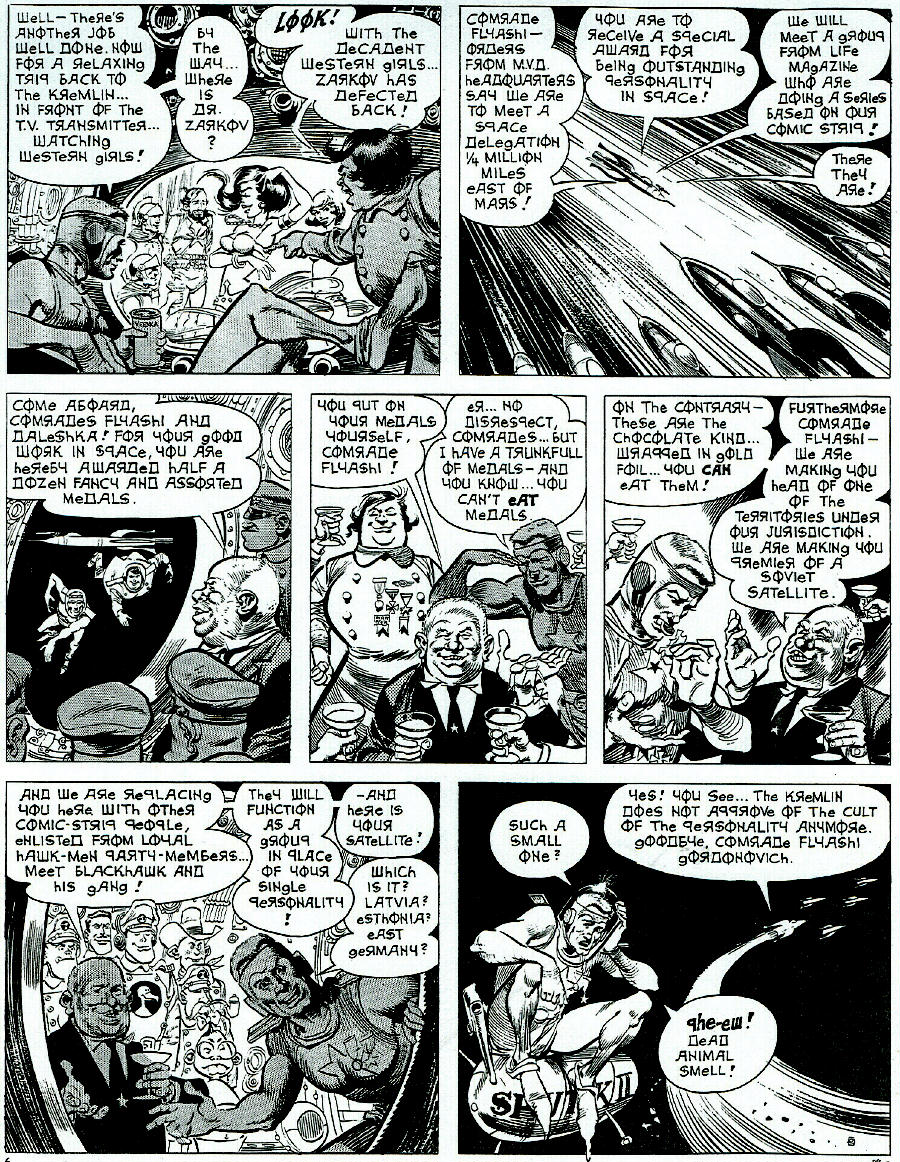 Mel Keefer is an artist who has worked in many fields, comic strips, animation, and on this strip from Drag Cartoons #2, December 1963, where he does a goof on not only Flash Gordon, but Buck Rogers and drag racing. 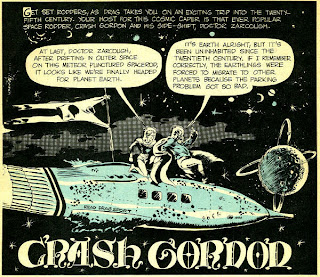 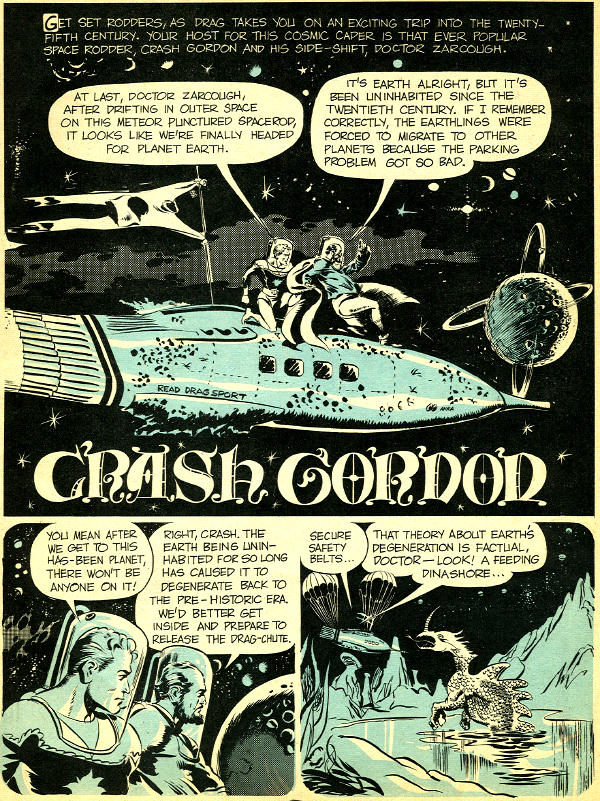 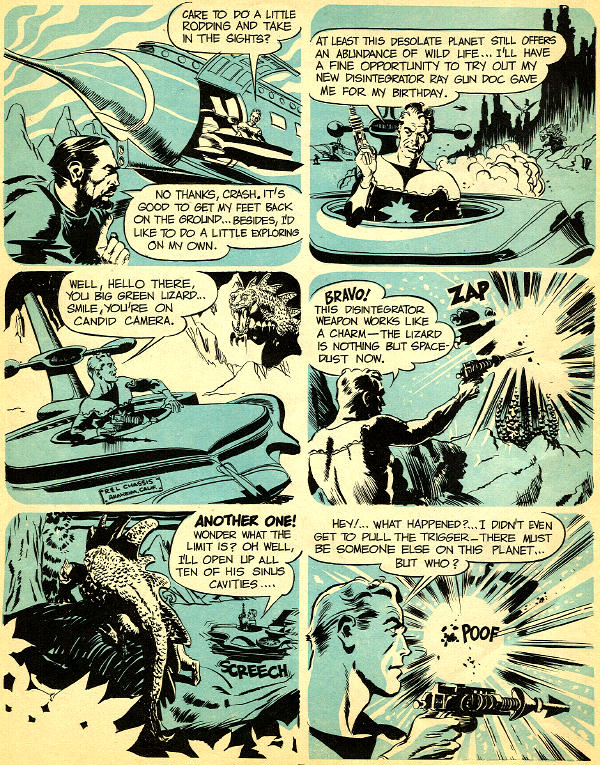 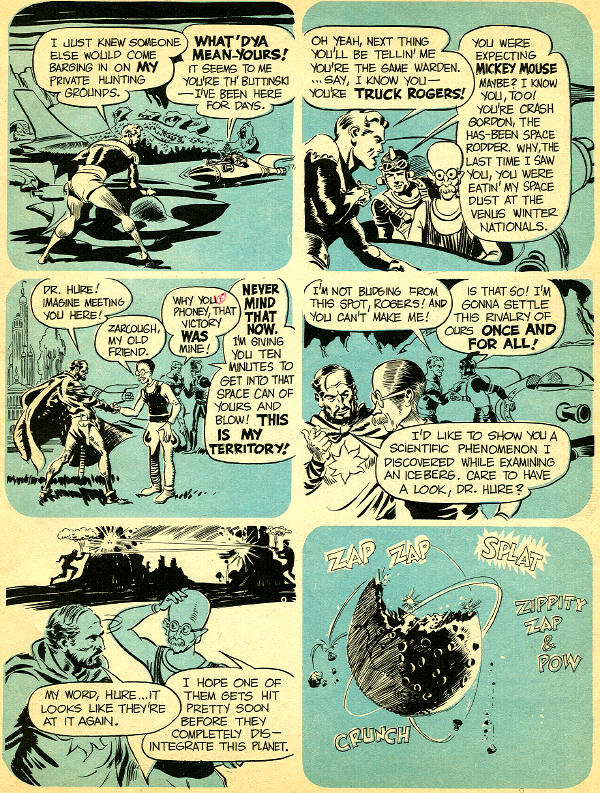 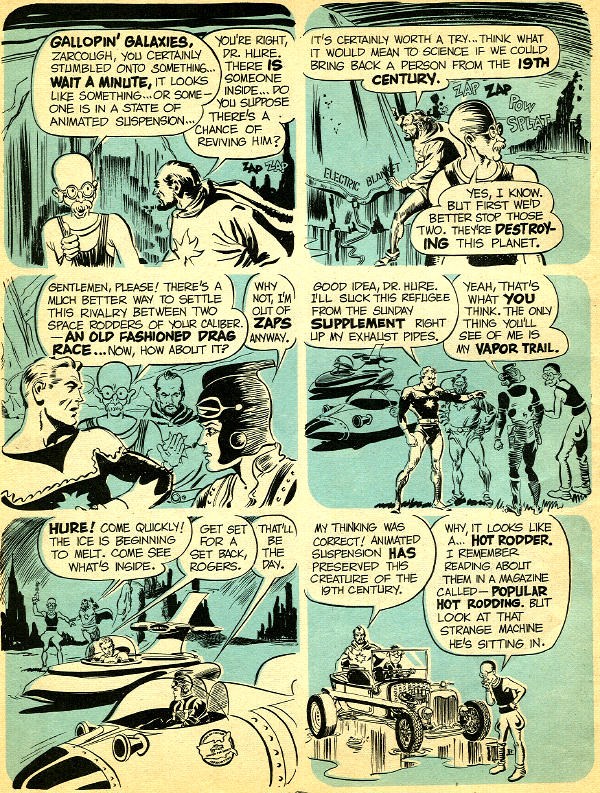 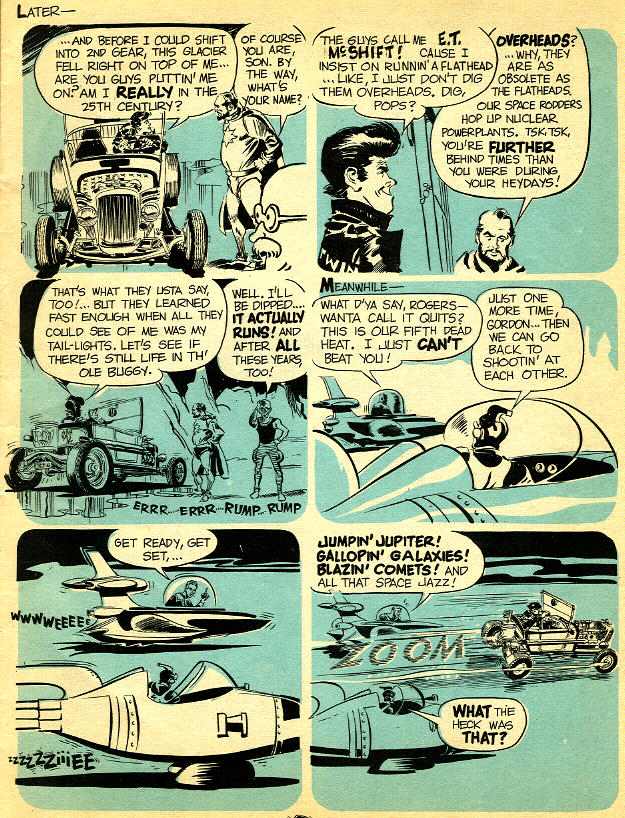 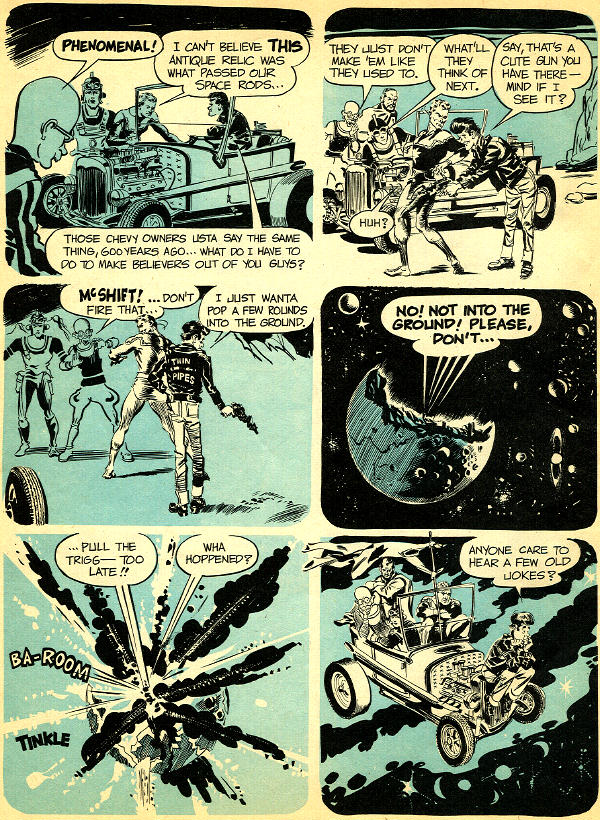 The Keefer strip is scanned from the magazine. I love the color overlays. The Davis artwork is from a photocopy, tweaked with my CompuPic software. I'm sorry it isn't as good as it would be if I'd scanned from the original magazine. The use of a lookalike Cyrillic alphabet for the lettering is a stroke of genius on somebody's part, most likely writer/editor Harvey Kurtzman.