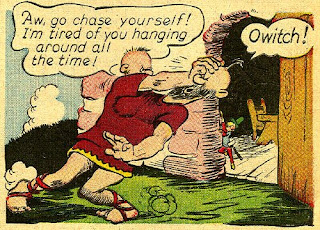 
I haven't posted a Walt Kelly story since last Christmas Eve, in Pappy's #72.

"Jack The Giant Killer" is from Fairy Tale Parade #2, 1942. It's one of three Kelly stories in that issue. The others are "Cinderella" and "The Emperor's New Clothes," both of which I'll be posting at some future time. Check back.

The cover of this issue of Fairy Tale Parade is really nice. Kelly does a relatively straight rendering of a prince and princess on a horse, but in the left margin, as well as the entire back cover, he shows us dozens of fairy tale characters in a style that's pure Kelly. 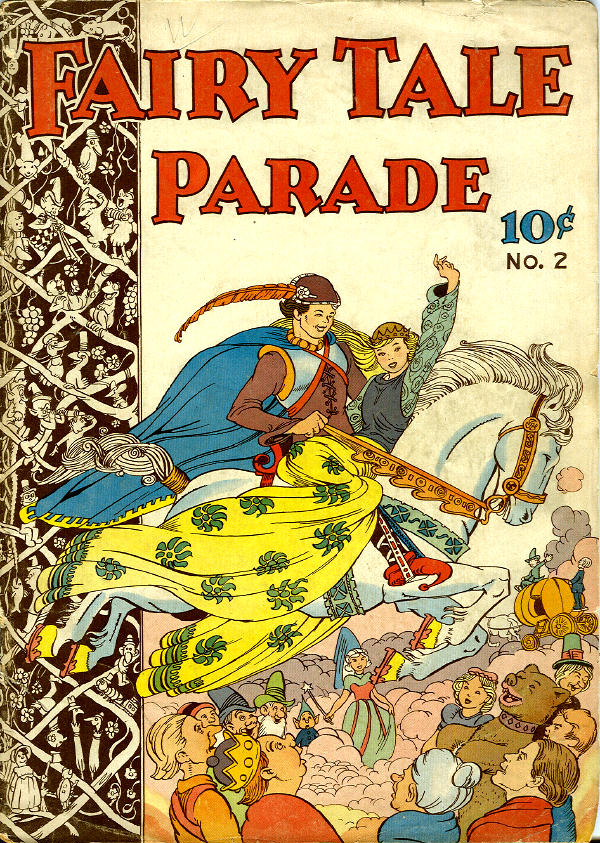 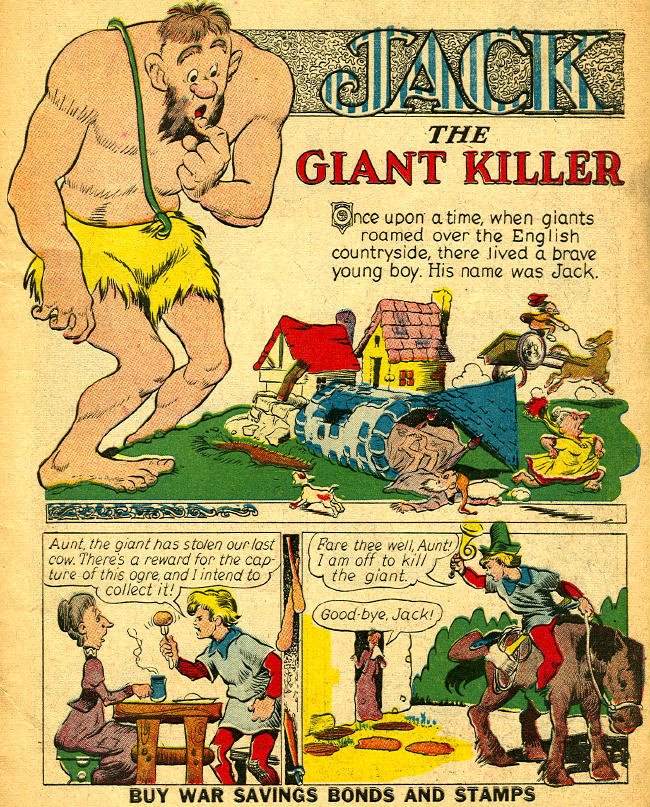 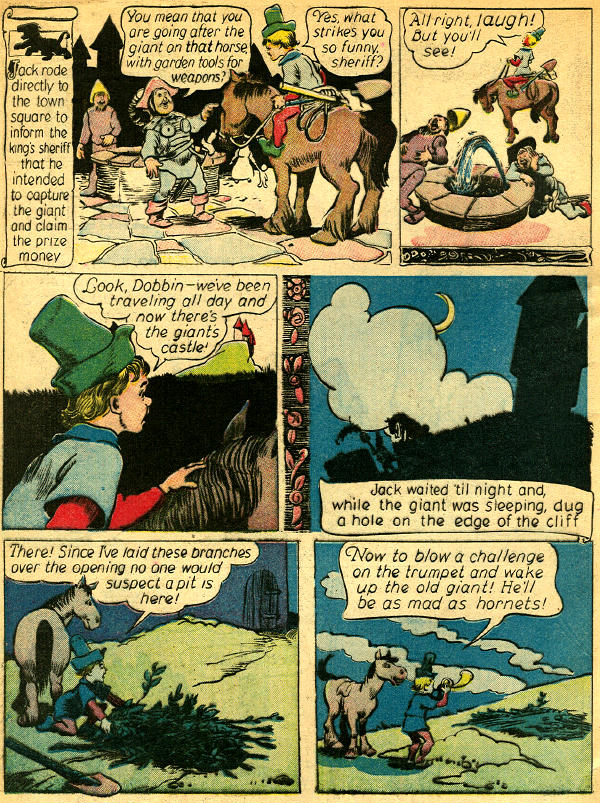 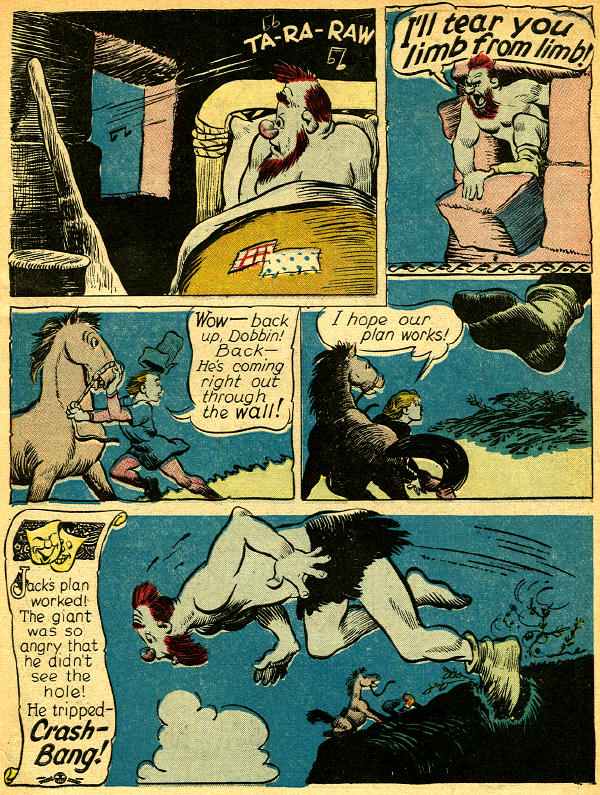 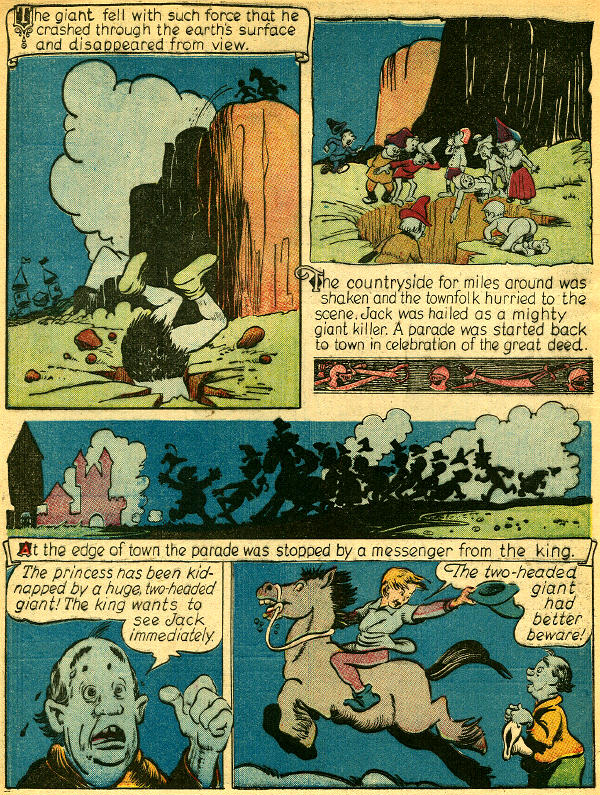 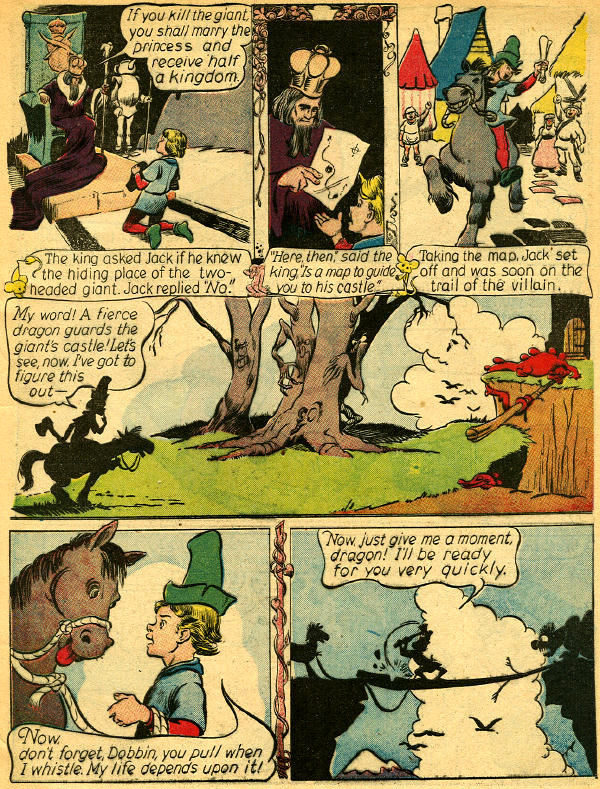 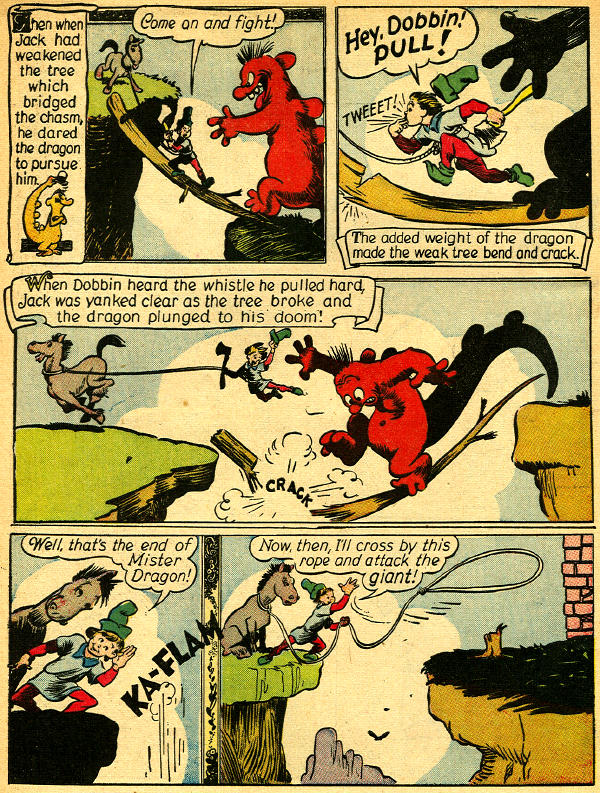 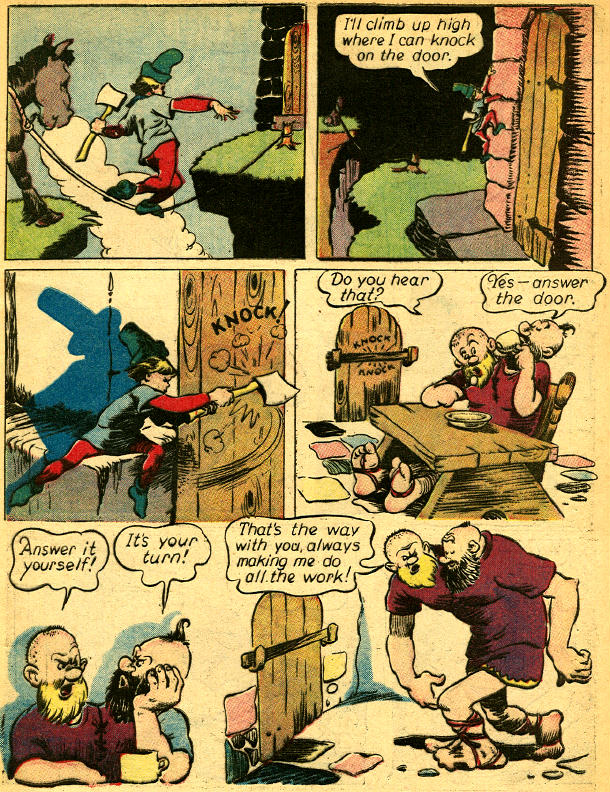 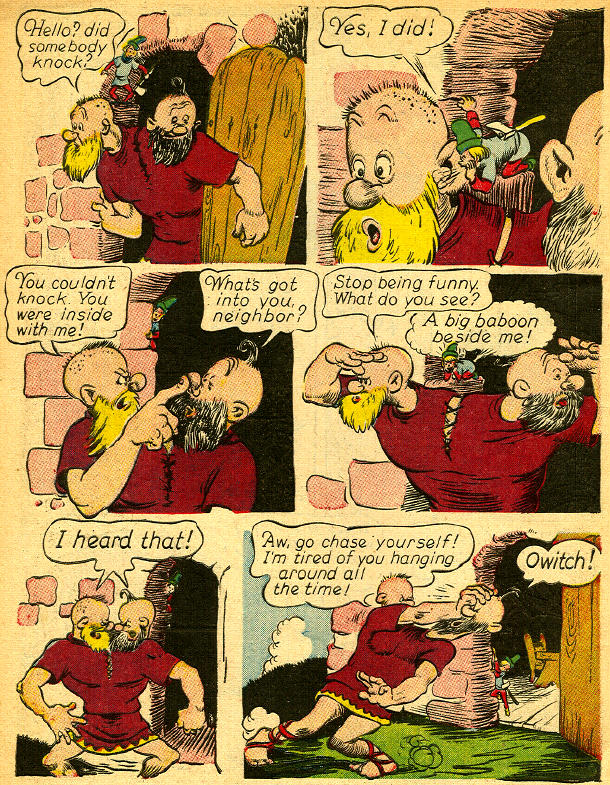 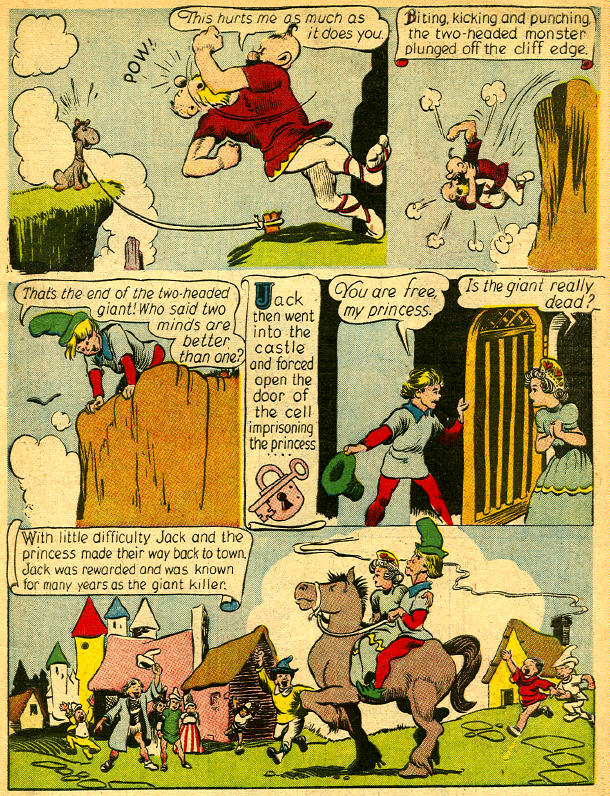 "Jack The Giant Killer" has the whimsy and fun that Kelly brought to this series of adaptations. The giants are funny-looking and there is an unusual looking dragon.

Since Fairy Tale Parade was done for young readers there isn't anything complicated about the story: The farm boy wins the princess and the couple end up together and live happily ever after. I always wondered, though, exactly what a peasant would have in common with a princess? Maybe the "happily" didn't really last "ever after." In later years Kelly explored the absurdities of fairy tales in his surrealistic Pogo comic books and also his trade paperbacks, but during his time at Fairy Tale Parade he always left his readers "happily ever after."