Ripley's Believe It Or Not! was a very popular newspaper comics panel for decades. It's still being published, now drawn by John Graziano. It was a natural for a comic book, and the title has a history, either as a comic book feature, or in its own title, throughout the Golden Age and beyond.

Harvey's Ripley's Believe It Or Not! #4, dated March, 1954, has a story by Howard Nostrand, who did a terrific job of appropriating Jack Davis's art style. This job looks mostly Davis, although he could sometimes mix in a little of Wally Wood's style for a really nice double pastiche of those popular EC cartoonists. Pappy's #15 shows one of Nostrand's classic Harvey horror comics strips, "Ivan's Woe," done with a mix of Davis/Wood styles. 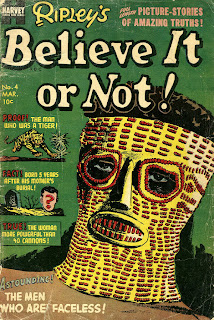 The artwork in the newspaper comic panel of Ripley's Believe It Or Not! used the technique of shading with a grease pencil on the textured surface of an illustration paper called coquille board. Sports and editorial cartoonists used it for years, but it seems to have fallen out of favor. Nostrand's shading on "The Man Who Was a Tiger!" is masterful. As a matter of fact, the whole strip is excellent. I especially love the "open" panels, which emulate the look of the newspaper Ripley's, while retaining the continuity of a comic book story.

As for whether I believe the story, "The Man Who Was a Tiger," despite the last panel's claim, "…wholly attested by the Yearbook of the Residency of Sumatra, 1927!"...c'mon, do I look like my mother raised a fool for a son? Wait. Don't answer that. 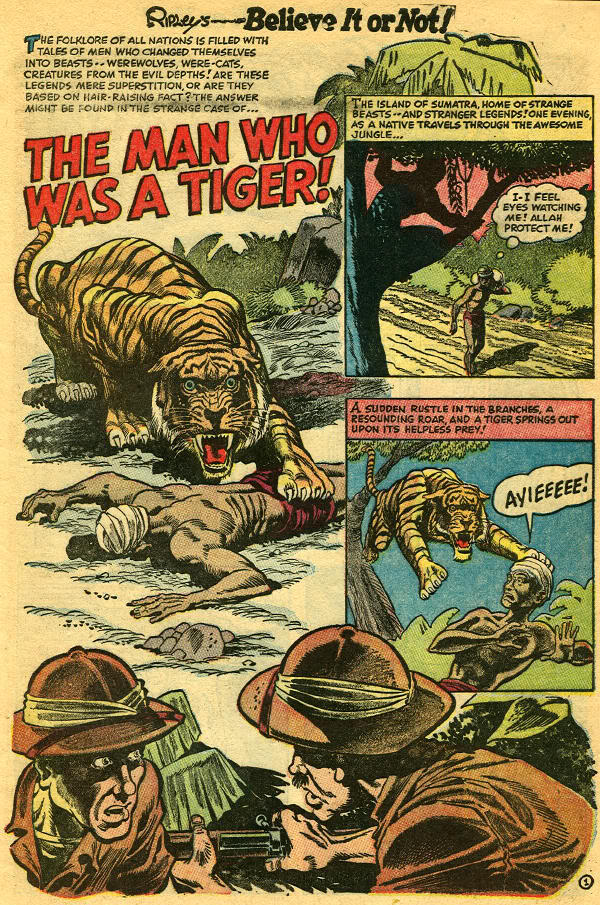 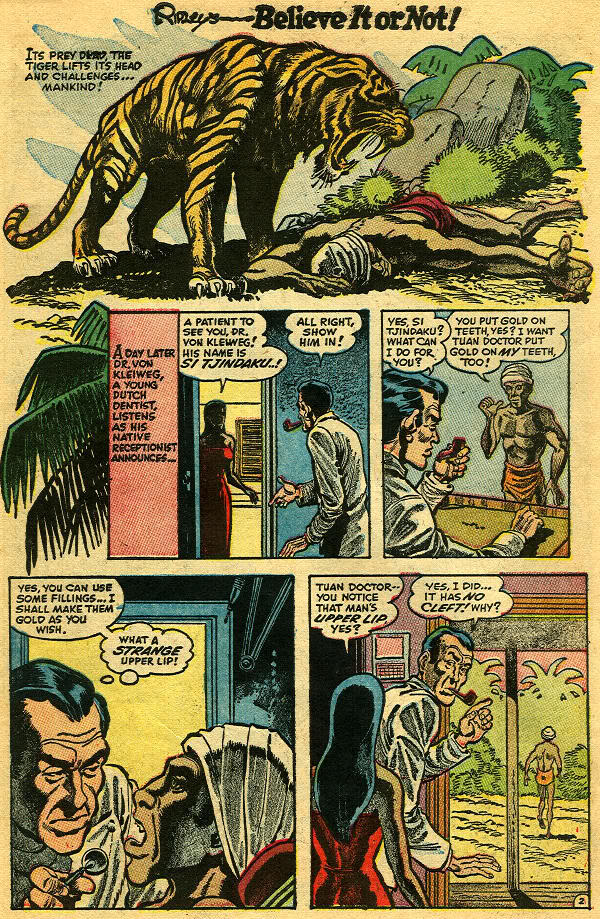 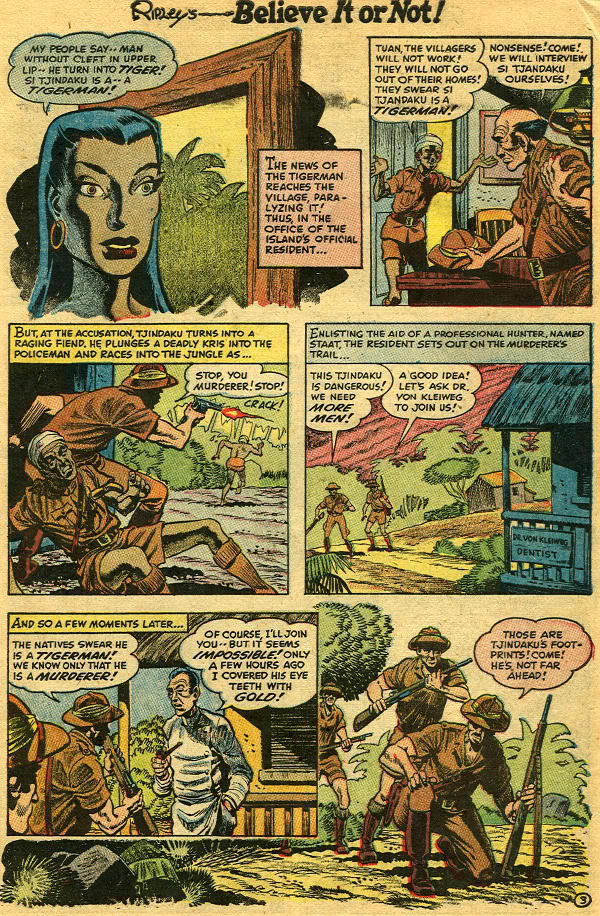 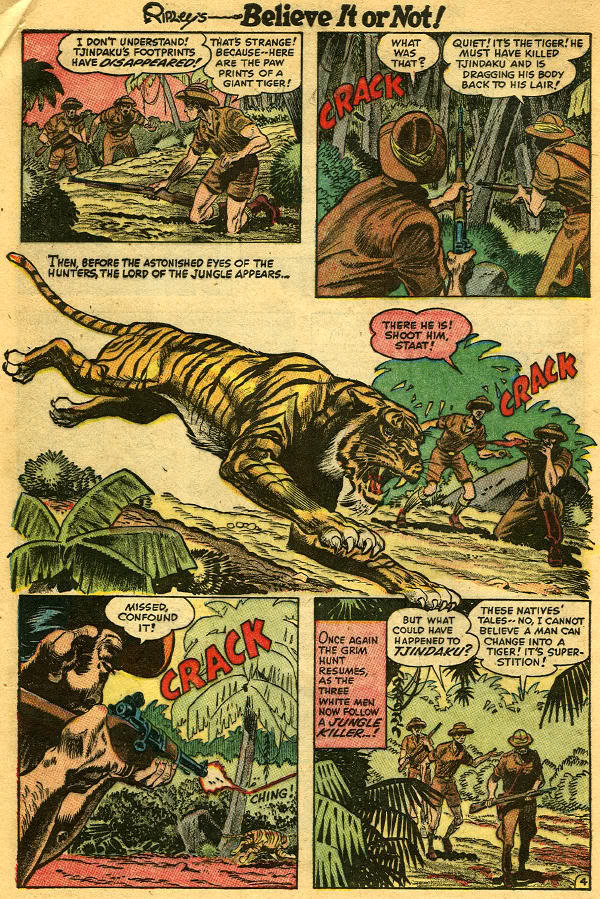 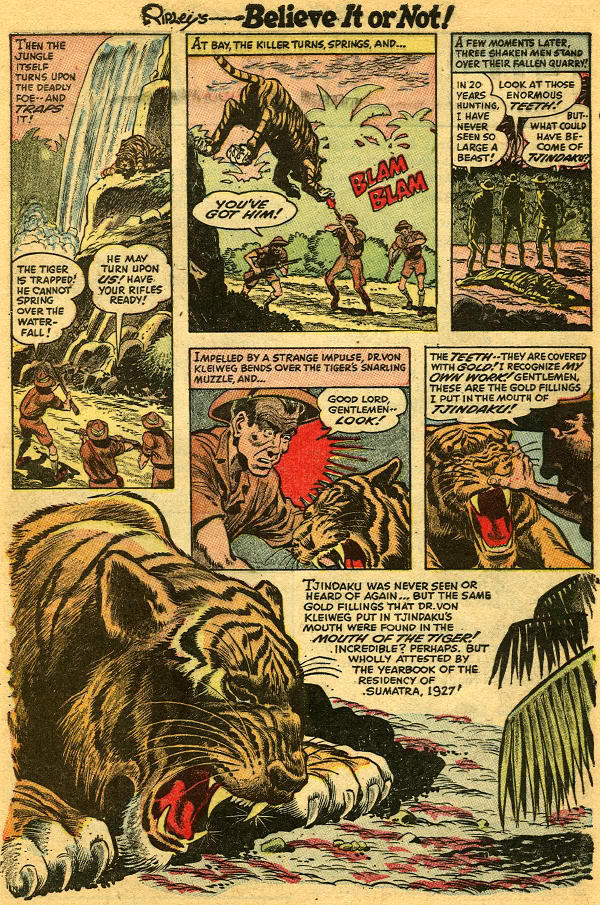 Email ThisBlogThis!Share to TwitterShare to FacebookShare to Pinterest
Labels: Harvey Comics, horror comics, Howard Nostrand, Ripley's Believe It Or Not