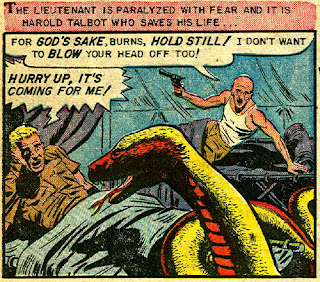 
When Doug Wildey died in 1994 at age 72 he left behind a body of comic book work but will best be remembered as the creator of the television animation series, Jonny Quest.

In the 1980s toward the end of his career he did some issues of a title called Classic Jonny Quest for Eclipse Publishing that showed how good an artist he was. 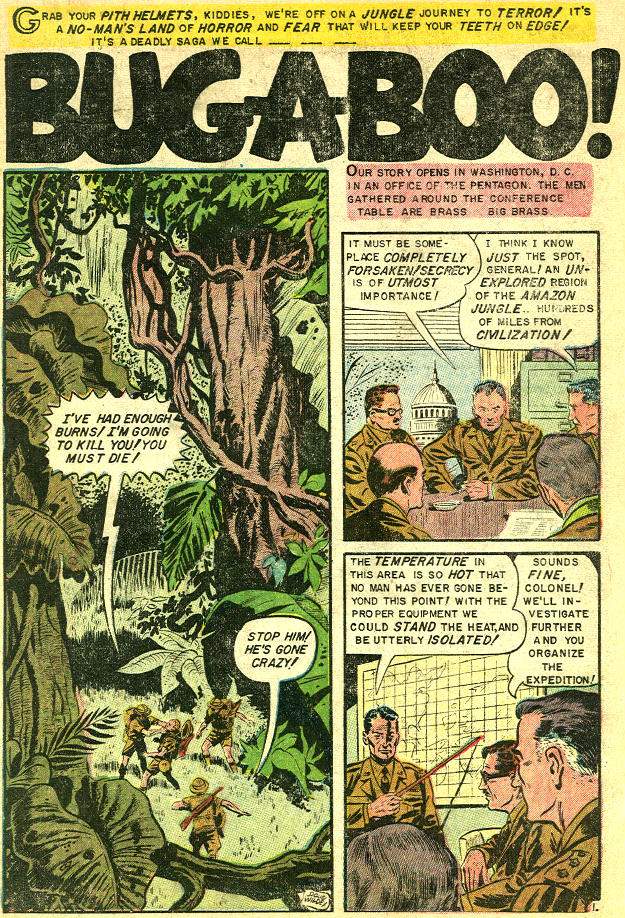 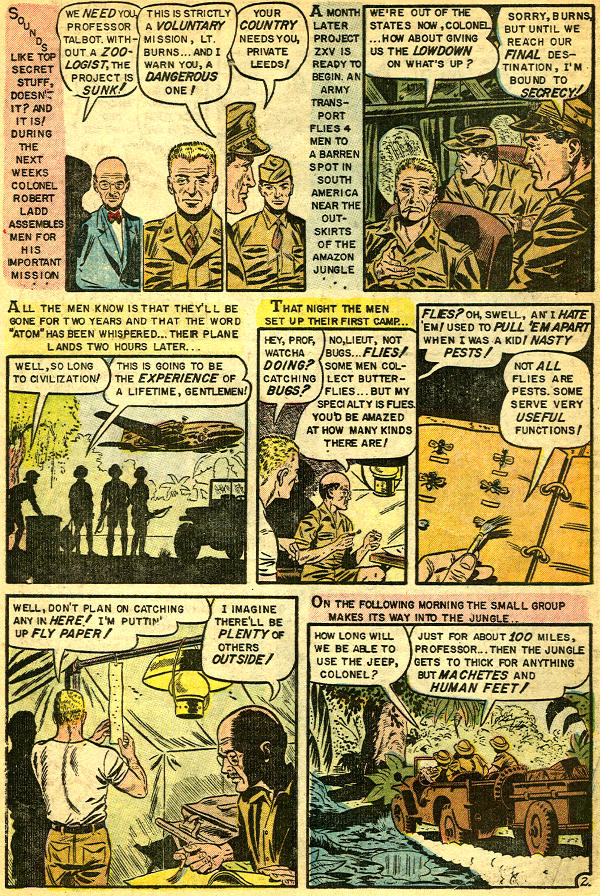 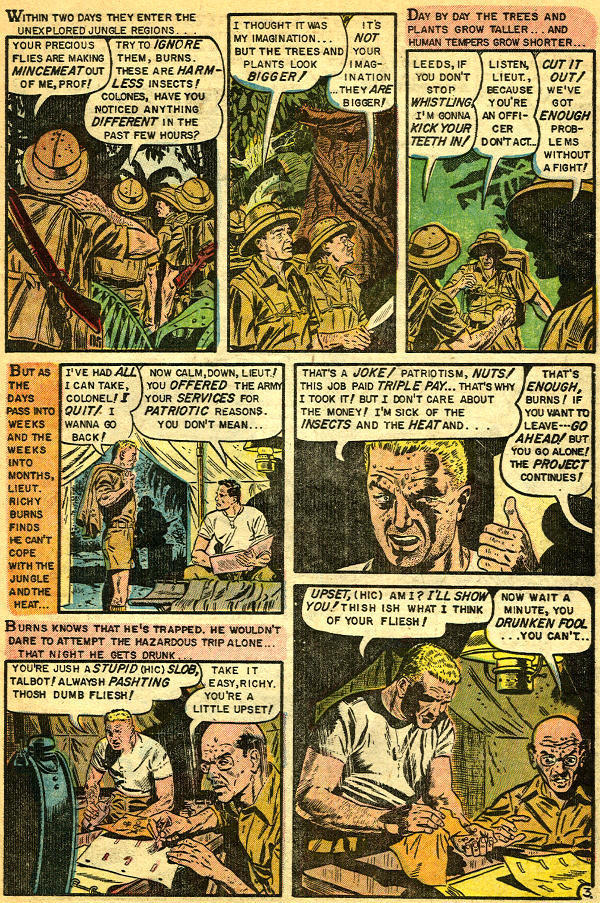 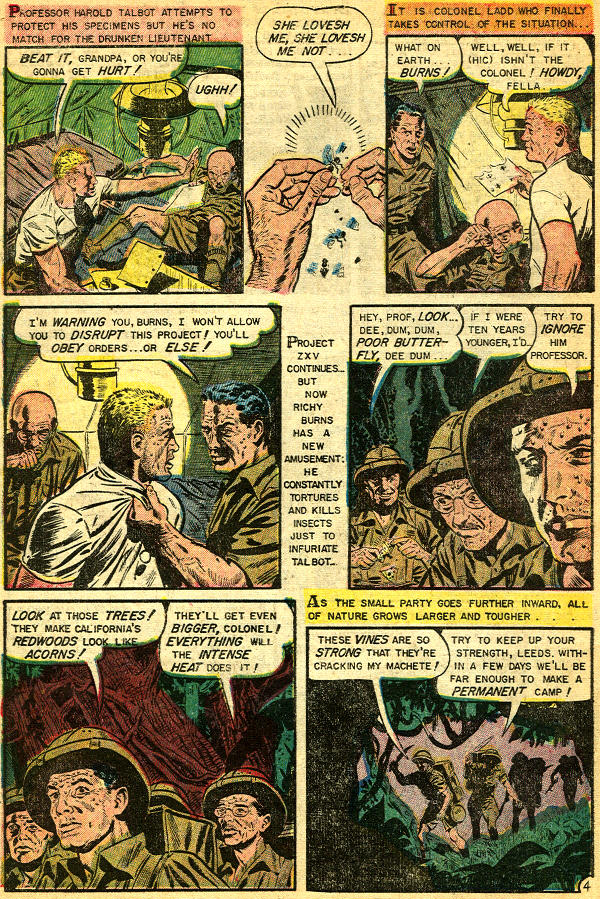 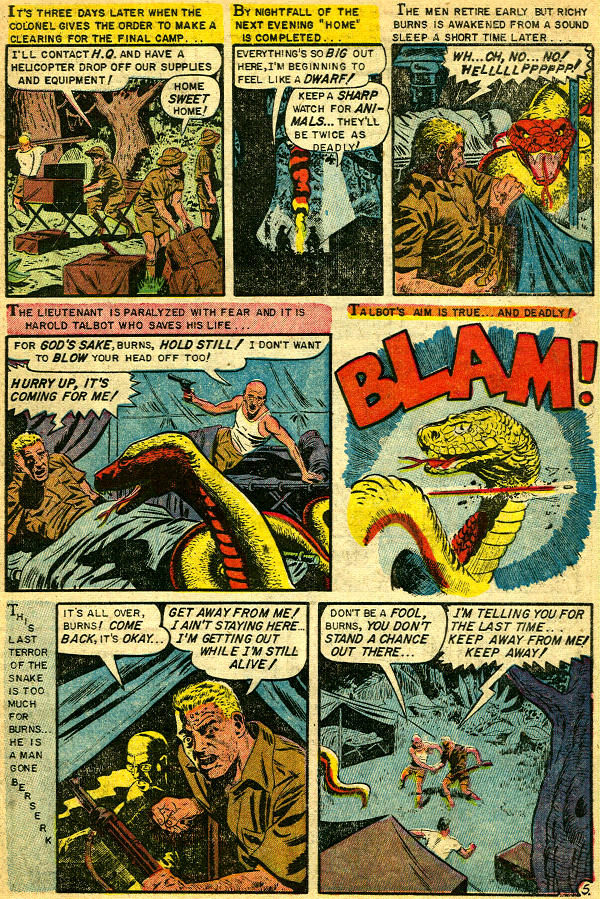 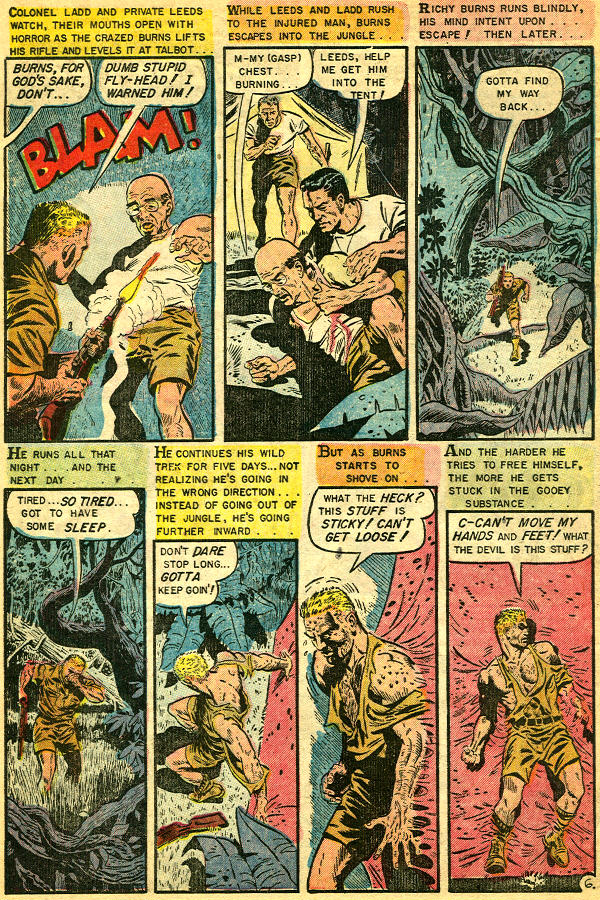 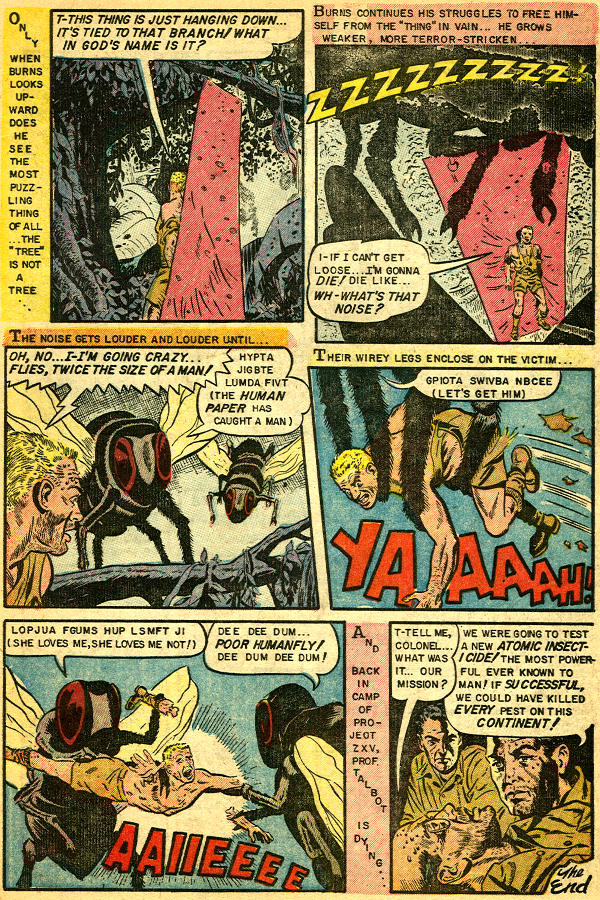 In this story the characters are in the jungle trying out a new pesticide. As the old TV commercial used to say, "It's not nice to mess with Mother Nature."

Wildey drew this story when he was about 30 years old and despite appropriating Wood's style (not a bad style itself!) shows that his artwork was very mature. Later on, before Jonny Quest in 1964, he would draw love comics, westerns, mystery and even a run of Tarzan for Gold Key.

*Mysterious Adventures also used The Law Of Skeletons to guide its choice of cover subjects. It's been well known to publishers for decades that a skeleton on the cover increases sales. The cover for this issue had nothing to do with the contents of the comic, but is a story in itself that the reader can just make up on his own. 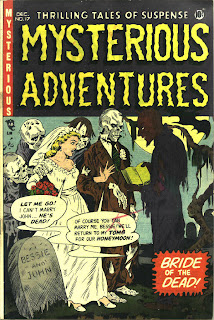