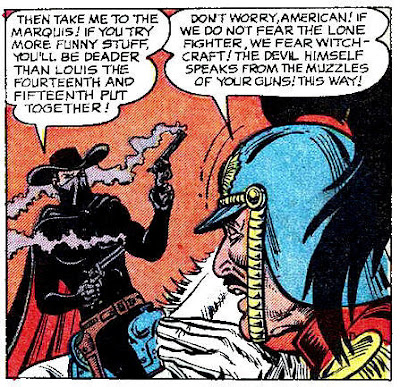 Just last week I showed a story about four deposed kings, and this is another story of royalty forced to set up again — in the Wild West of America, no less — after escaping the mobs of disgruntled common folk in France.

The royal was a hot-shot until those scalawag revolutionaries kicked him out during the Terror, when heads rolled. I am not sure how this exiled marquise managed to build such a luxurious palace in the middle of the desert without getting someone’s attention, but then this is a comic book. Anything goes. Oh, and there is torture, too. Just thought I’d warn you.

What I like about the story is the artwork of Joe Maneely. Black Rider is a character usually best known as done by artist Syd Shores, but Maneely was more than able to match Shores as an artist. 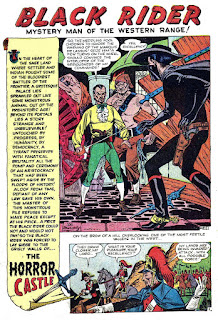 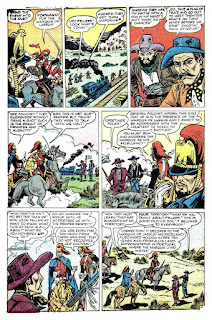 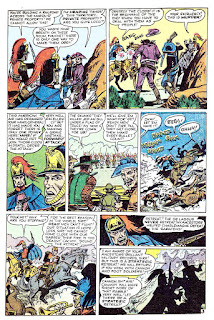 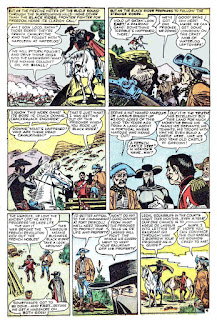 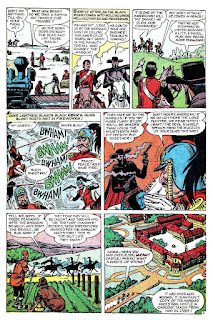 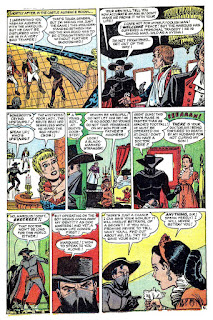 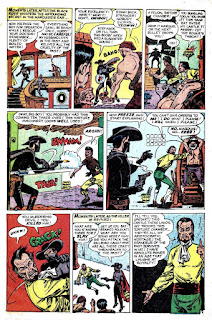 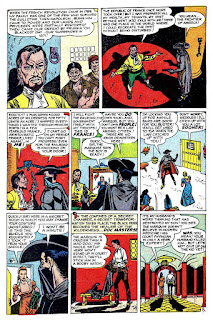 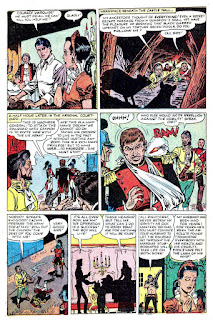 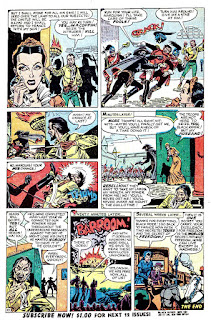 Good God, I absolutely hate scenes in which a supposed hero prioritizes not injuring a villain over protecting the innocent from injury. I would have put a bullet in the Marquis, rather than let him again strike the doctor.

And there would have been no discussion of persuading the Marquis of anything.