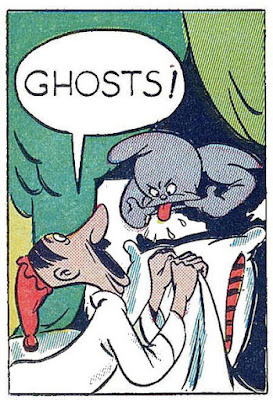 At first glance Goobert Ghost appears to be an early version of Casper the Friendly Ghost. Unlike Casper, Goobert wants to scare people, a skill at which he flops. The ghost of a sea captain gives him an idea: quit hanging around the graveyard, instead go to Wormany and haunt the leader, Adolph Stinkle.

The story is written and drawn by animator Kay Wright, one of several animators moonlighting in comic books. This story is from Giggle Comics #1 (1943). I don’t know if Goobert, or Wright, showed up again in Giggle, or Ha Ha Comics, or any number of comic books of the war era aimed at young children. What I know about Kay Wright is he was born Karran Wright, and he worked for Disney. Years later Wright was working in animation, and also for Dell and Gold Key comics, drawing characters from Hanna-Barbera, and Disney. 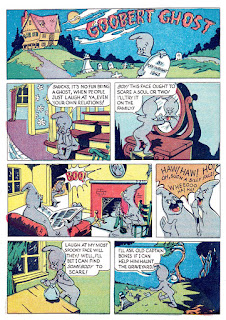 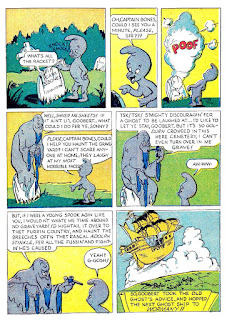 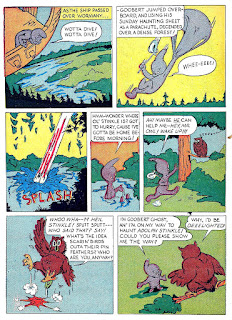 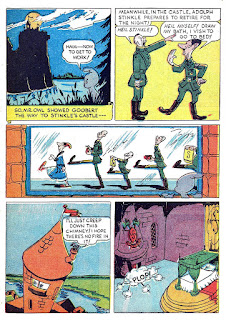 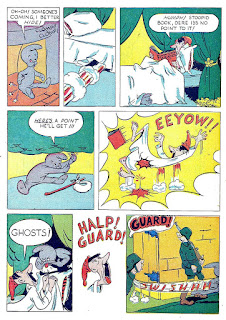 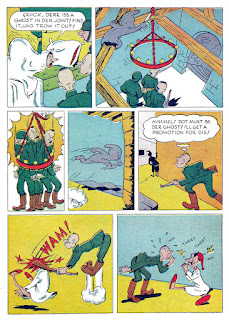 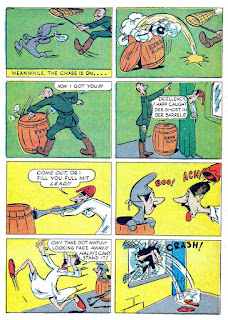 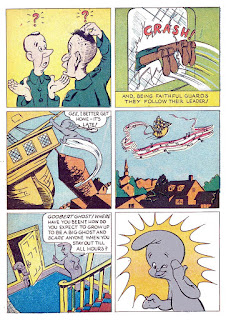 When The Boys from Brazil was published in '76, and even when still later when a movie adaption was released in '78, Joseph Mengele was still alive. In theory, he might have sued; but, well, at best he would have been awarded US$1 and legal expenses, as the damage to his reputation was insignificant.

I guess that this story of Goobert the Unfriendly Ghost was a roman à clef not for fear of offending Herr Hitler, but in an attempt to make the story more light and humorous. Well, it was certainly light, but I don't think that there are any laughs, chuckles, grins, or smiles to be found in it.

A bet was missed by not identifying the ghost ship as The Flying Dutchman.

That was pretty funny. So, did the ghost family all die together, or do ghosts give birth to young ghosts?

Unlike his contemporaries Casper the Friendly Ghost and Homer the Happy Ghost, Goobert doesn't seem to have the ghostly powers usually seen in this type of story. Doesn't fly, doesn't walk through walls, doesn't become invisible. Actually he seems pretty solid for a ghost.