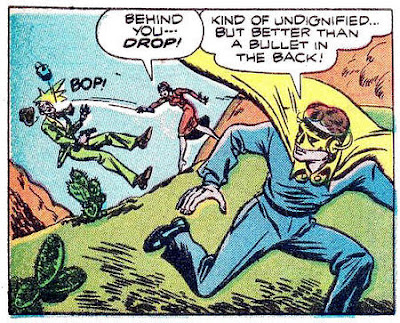 K-O Comics #1 was a one-shot from 1945, crediting Gerona Publishing in the indicia. I am guessing that K-O was probably put together and published by partnering up with a non-comics company with a wartime paper ration. The Menace is a two fisted hero, a movie star (of horror movies, no less). The Menace’s name is Dennis Temple, predating the popular Dennis the Menace comic panel by Hank Ketcham by a few years at least. (The name is a natural...there is also a completely different Dennis the Menace in comics published in the UK.)

The Public Domain Super Heroes website says of this Menace, Dennis, that “The Menace has no super powers but is a skilled fighter and he uses a variety of gadgets in his war against crime.” He only appeared a couple of times. His other appearance was in another 1945 one-shot, Top Spot Comics #1.

It is telling of the perception of Mexico in 1945 that the Mexico-U.S.A. border is shown as a rustic wooden sign on a single-lane dirt road, with a couple of Border Patrol members to check out a lone car going south into Mexico.

The Grand Comics Database has all question marks for story and art. They don't know, nor do I. 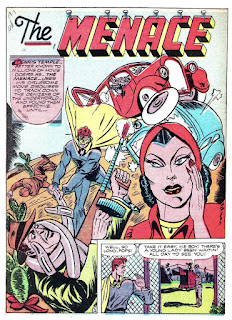 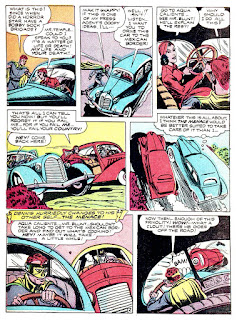 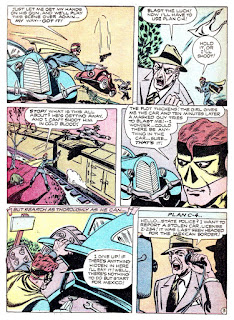 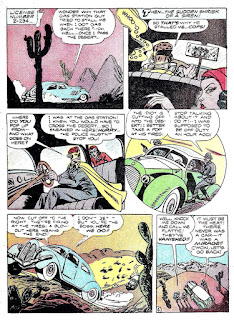 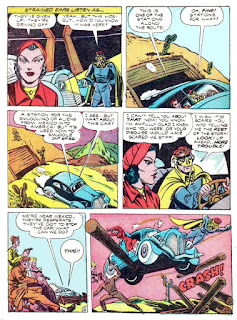 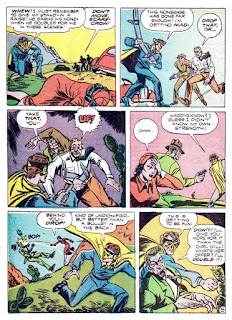 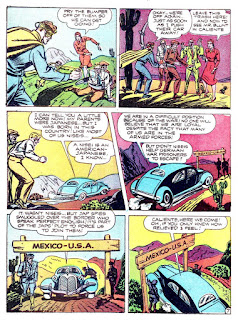 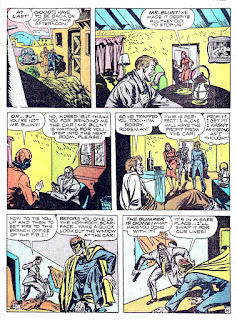 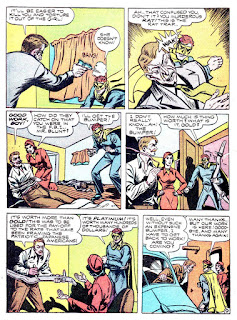 [My first attempt to comment seems to have been eaten by a bug.]

This illustration of this story is very primitive, but I didn't find it wearisome.

As to the story itself, it seemed to have its heart in the right place, but no rationale was provided for transporting the bumper to Blunt rather than Blunt to the bumper, nor for involving Temple rather than another agent of the FBI.

Daniel, so I must be platinum because I have a soft head.

I don't usually pay much attention to the motives of characters in comic books. However, I would be disappointed if Golden Age comics strayed from the expected.

I don't recognize the artist, but I am pleased you did not find his or her primitive artwork wearisome. It makes me wonder if it was one of those aged artists from the turn of the century who got into comic books to make a buck.

I like the costume, though it's not much of a change from his street clothes. The half-skull is actually a pretty striking image, but he needed some gadgets to match.

I didn't get that the woman was supposed to be Asian, or Asian-American, she just looked vaguely Easter European. The artist did his/her best, I suppose!