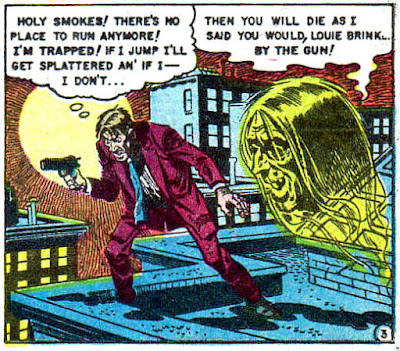 In time for Halloween on Monday, here are a couple of tales from Ace Comics’ The Hand of Fate, both from the same issue, both featuring witches. I like the artwork in both, but as for the stories...I hope you don’t think too much about the plots. They are horror comics, after all, and like many horror stories strain credibility even more than typical comic book plots.

Someone at Ace Comics got confused (and not just by the events in the stories), and the last two issues of The Hand of Fate are number 25. The Grand Comics Database lists them as #25a (November 1954) and #25b (December 1954). Our stories today are from #25b, which is also the last of The Hand of Fate. As fate would decree, it was the last issue before the Comics Code was implemented in early 1955, and despite their crazy plots, brought about the death of horror comics as we knew and loved them, .

Lou Cameron drew “The Last Hiding Place.” Achieving a near-perfect imitation of Jack Davis’s style, Larry Woromay drew “The Witch’s Wicked Words.” Both of these stories have been shown by Karswell in years past at one of my all-time favorite blogs, The Horrors of it All. 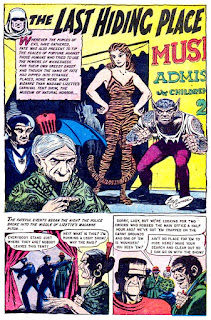 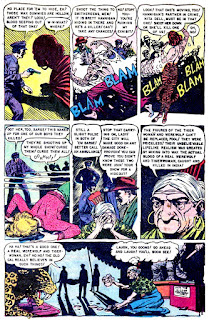 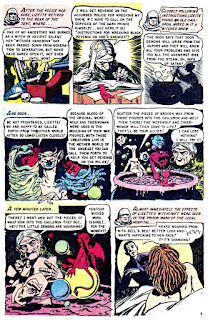 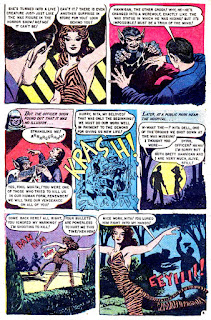 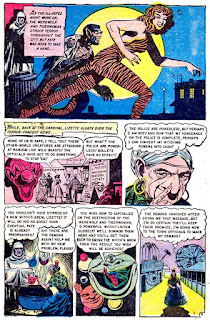 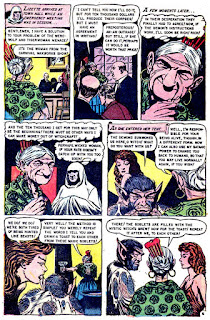 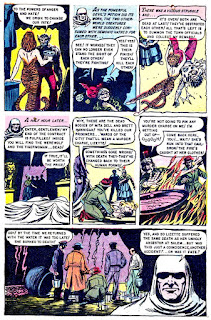 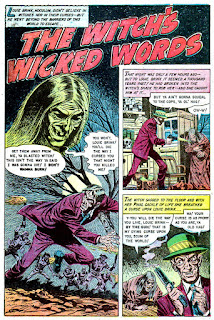 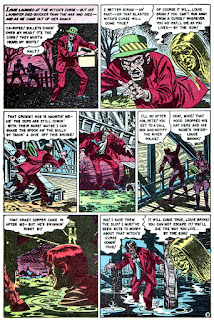 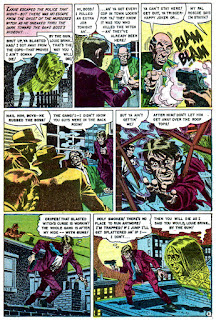 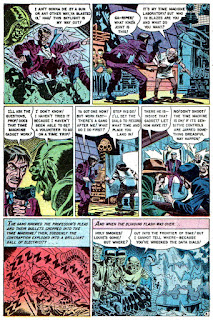 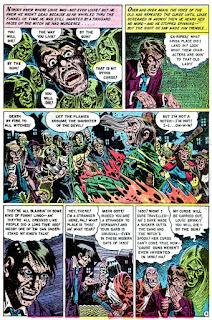 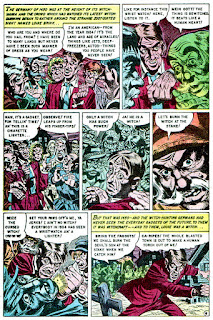 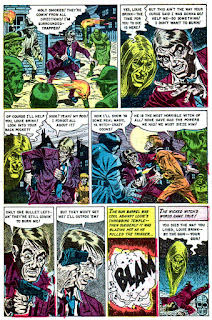 When I think of Davis imitators, Howard Nostrand comes first to mind, though Cameron here catches some aspects of Davis's style that I think Nostrand would not. Of course, Woromay was later something of a very primitive impersonator of Davis for Myron Fass's Eerie Publications. (What soul-crushing work that must have been!)

Since you hope that we won't think too much about the plots, I'll quit here. ☺

Daniel, I think of Nostrand as an artist who combined elements of Davis and Wood, although Davis’s style shines through more brightly.

It is news to me that Woromay worked for Myron Fass; did he do new work for Eerie Publications? Woromay also did a couple of Space Ace stories in the first two issues of Jet for ME, and he looked to Wayne Boring (!!!) for inspiration.

Oh, yeah. In my opinion — which will almost surely be disputed by someone — his work for Eerie Publications was wretched; in any case, it is markèdly different from the work that you posted here. I was first aware of Woromay as an illustrator for Eerie Publications, and was quite surprised when I began encountering some of his earlier efforts.

OK, I'm saying something about the plot. Feel free to hit me with a witch's curse for it!

A lot of horror stories of the time made this same mistake -- a million and one plot elements. Why not just a weretiger and a werewolf? That's good enough! The demons, the witch, the cauldrons, the money scams, it seems to only serve to stretch out the page count!

And then the second story -- TIME TRAVEL??

Use those extra pages for characterization! That said, I still love them. Good, not-clean fun. Silly, overly dramatic fun.

Brian, could be that by the time horror comics got to this point in 1954 everything had been done to death.

I haven't seen a whole lot of advancements in the world of horror; most of it depends on the same old elements...horror is locked into clichés the same way romance or spy thrillers or any other genres are.

Daniel, thanks for the link. I don't think Woromay's artwork of the Eerie Publications era looks like it would have been published in a mainstream comic book of the sixties or seventies. His style seems old-fashioned, even if the gore is left out.

It's funny how anxious the police are to charge Lizette with murdering Brett and Nita, considering how trigger-happy two of THEM were in that first scene, and with Brett and Nita practically stuck inside those figures, no less!

Whenever I read Lizette's word balloons, I hear a voice like the voice of one of those June Foray cartoon witches, which I don't always do when it comes to comic book witches, even cartoonish ones.

Grant, can you believe it? June Foray is 99-years-old!

Those voices you mention are firmly fixed in my mind. June made quite an impression on me.