Number 1961: "H-Bomb from the moon!" Commander Battle and the Atomic Sub 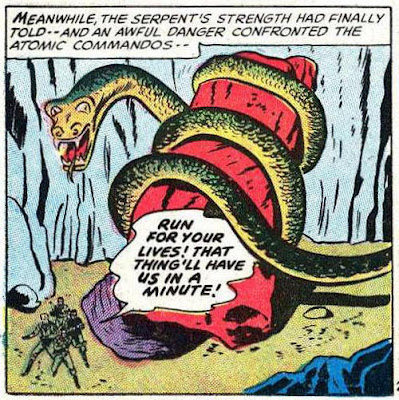 This is the last entry in our ACG Week.

This week we’ve seen two postings that are deliberately funny, and now this one, which is funny, but in that particular ACG kinda way. Editor Richard E. Hughes, whom I believe wrote this story, was known for being able to concoct some off-the-wall strories, and did so for his entire career. I haven’t gotten around to reading all seven issues of Commander Battle and the Atomic Sub, but this one caught my eye with the H-bomb from the moon theme.

Yes, Virginia, there was a move to put nuclear weapons on the moon! The U.S. wanted to do it by 1965,* but cooler heads prevailed and the moon was declared off-limits for military action. While all kinds of military stuff is orbiting our planet in the form of satellites, luckily no one has used the moon for staging a first strike capability.

In the two-part “Journey to the Moon!” from Commander Battle #3 (1954), off-the-wall is a misnomer...it is more spaced-out. Howlers pile up when Hughes introduces outrageously wrong information (a sub can be converted to a rocket ship — in a couple of panels, yet — the moon has an atmosphere, etc.) Hughes probably knew these things were impossible, but when he wrote a story anything that advanced the plot, no matter how goofy, could be thrown in.

As we have done several times in this blog, for information on a particular feature we go to the late Don Markstein, and his blog, Toonopedia,** to read about the feature. Don didn’t get into how improbable the stories could be.

Artwork is by Sheldon Moldoff. Shelly did a nice portrait of President Dwight Eisenhower...he looks just like he did in the “I Like Ike” campaign pictures when he ran for office. 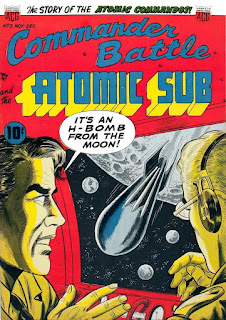 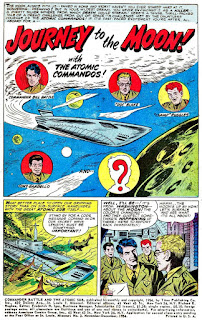 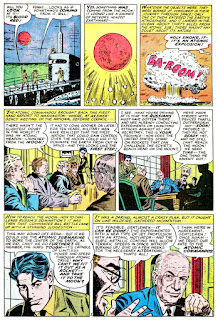 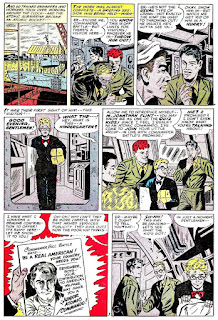 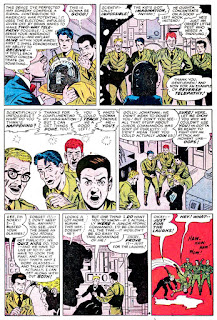 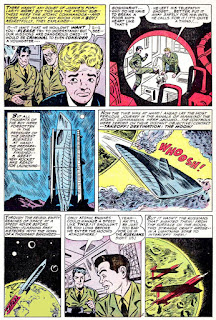 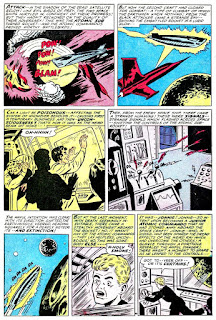 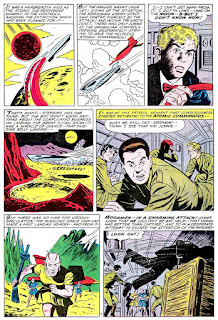 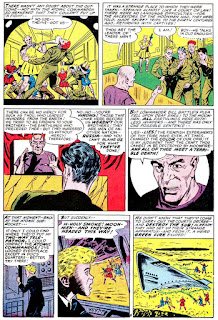 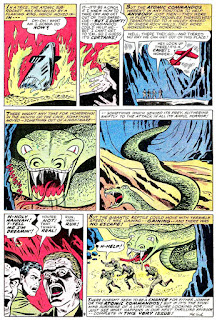 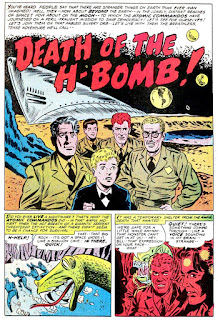 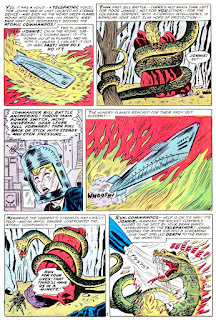 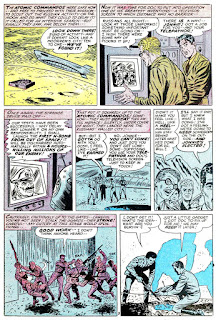 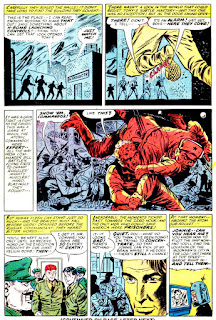 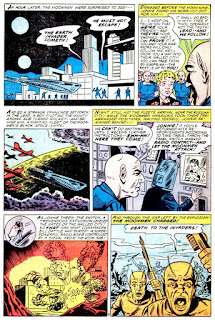 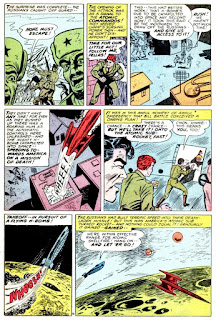 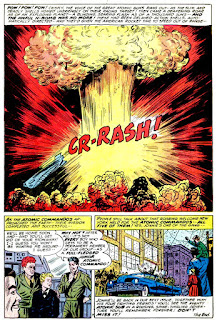 **Go here for the Toonopedia entry on Commander Battle.

The thing that's entertaining about these stories is how everything resets -- the moon men, who have spaceships, never retaliate against Earth (and they have good reason!) Nothing changes between the US and Russia (and it's not like everybody doesn't know, they have a parade!) And our wish-fulfillment judo-science-genius just disappears after saving the commandos butts numerous times.

I felt sorry for the snake!

Brian, well put. You have analyzed this story well. I believe the thought process that went into it was, "Oh, crap. I've got a 16-page story to write. I'll just start writing and see what happens." At least I think that's how the average ACG story was created. When author Patricia Highsmith (Strangers On a Train, The Talented Mr Ripley was working for Richard E Hughes at Nedor during the war he would say something like, "I need 10 pages with the [name of the superhero], Nazis and a tank." You can see why I think many of these stories are more stream of consciousness than carefully plotted.

And nothing changes between the US and Russia. Sigh. We had such hopes at one time, but even in 2016, not much has really changed.

Daniel, of course. As bad as science fiction movies where sound carries in space.