Number 1958: When Plastic Man stretched out into his own title 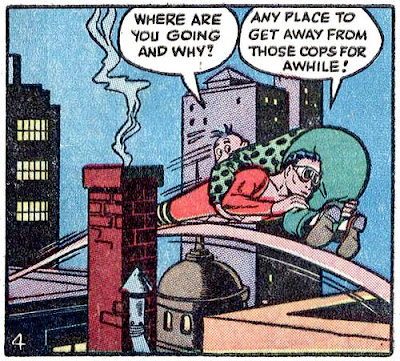 “The Killing of Snoopy Hawks” is the title assigned years later (for the 1998 DC Archive Edition #4?) to the untitled lead story by the Grand Comics Database. It is credited to writer Joe Millard, with art by Jack Cole. Cole didn’t sign the story. I am never sure how much Cole was assisted on the drawing by others, but I believe he had help. 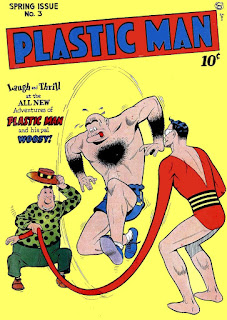 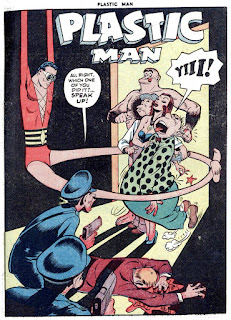 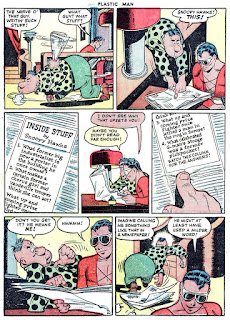 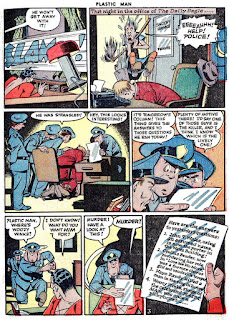 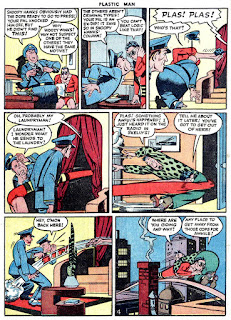 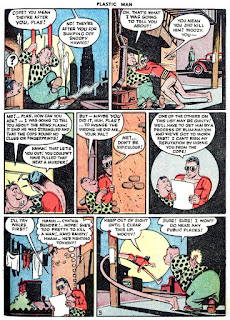 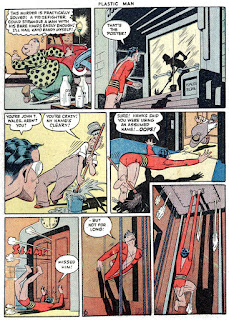 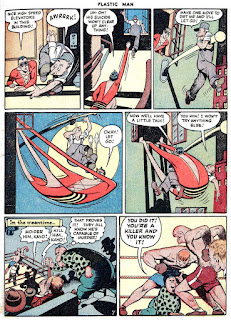 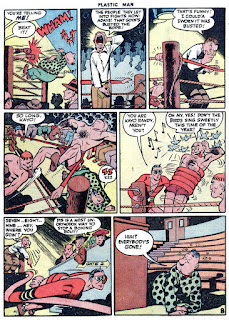 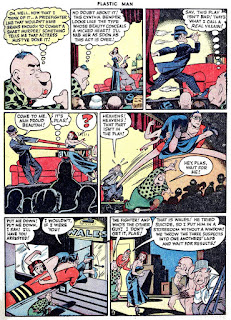 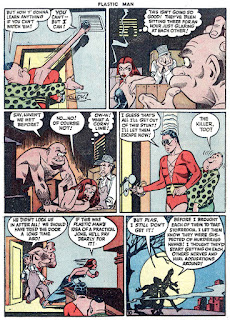 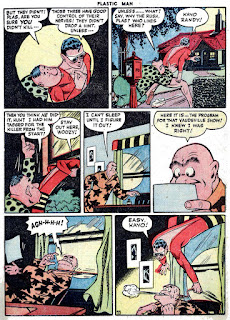 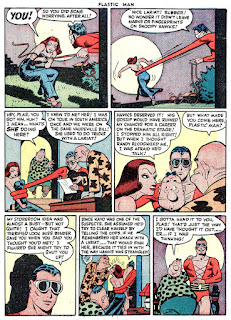 Love the dynamics in the original Plastic Man. Every panel on page 7 is wonderful over-the-top composition. Just plain fun to look at. Thanks for posting this story!

At various places, the drawing is inked in a way that is beautiful, but not in the style of Cole (6:4, for example).

Once again, Cole chose to depict a beautiful woman as having wide-sets eyes.

My mother recently told me how, as a child, when thought that Plastic Man were a wonderful character. She was headed towards the point that a character with such abilities came-across one way in comics books, and quite differently with realistic CGI. But I thought it interesting that my mother admitted at all to having liked a superheroïc character.

Morbid, you are welcome. I am sure I will be showing more Plastic Man in the future.

Daniel, also interesting about your mom, because both boys and girls read comic books. And obviously, she knew quality! (I am happy that my own granddaughters are interested in comic books. I guide them to age appropriate material, mostly graphic novels.)

As for CGI or any other method of showing "live-action" superheroes, the reason I like Plastic Man is because he appeared in comic books, and specifically the original Quality Comics of the 1940s, even more specifically by Jack Cole. I am not interested in seeing a live actor playing Plastic Man, supported by CGI, nor am I interested in how a filmmaker would go about making a movie starring a version of Plastic Man.