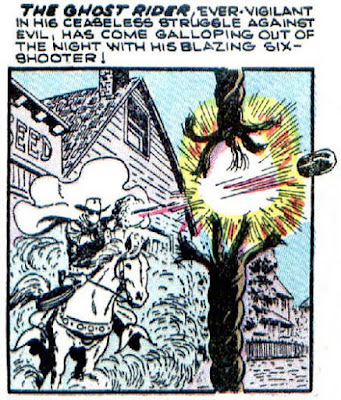 The Ghost Rider succumbed to the Comics Code. This story is from the last issue (#14, 1954) of Ghost Rider’s own title. He lasted for about another year in ME’s Western series, Red Mask, but much tamed from the spooky (and popular) character.

As we know from Don Markstein’s Toonopedia website, in the sixties Marvel took the name and essentially the same character, gave him a new origin, but had his original artist, Dick Ayers, draw him. (Don has individual listings for the four characters who use the name.) I was disappointed when I saw the '60s revival, and didn’t buy any of the half-dozen issues that were published. I somehow ended up with this 1970 issue of Western Gunfighters #2, but it is the only Marvel Ghost Rider I own. 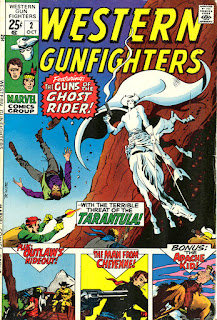 I also own none of the later comics featuring the motorcycle guys with blazing skulls who have usurped the name Ghost Rider.

No, for me, no matter how silly the dialogue can be, no matter the implausible plots, I love Dick Ayers’ art on the pre-Code, one-and-only, original Ghost Rider. 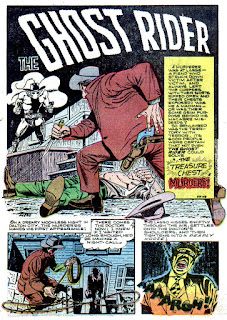 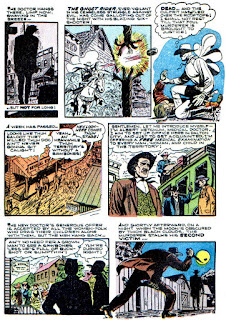 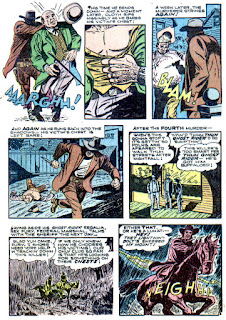 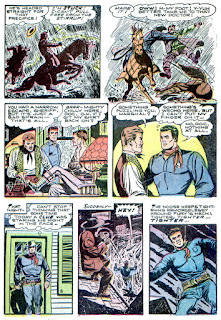 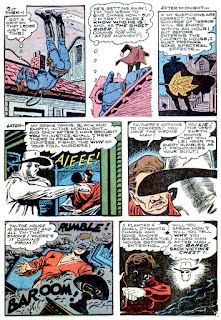 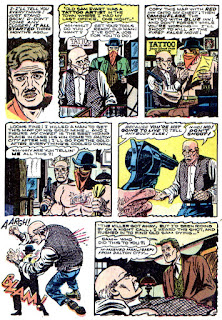 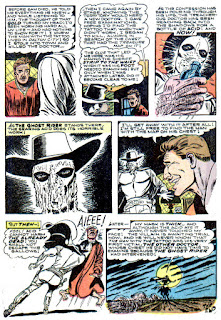 Satisfying to see the great tradition of the AIEEE! scream of the villain getting his comeuppance in the next to last panel of the story. And that panel's drawing is satisfying, too. A fun comic to read. Thanks, Pappy.

7f7, I'm not a villain but have been known to scream out a bloodcurdling AIEEEEE! when I'm surprised, or when I stub my toe on the furniture in the middle of the night.