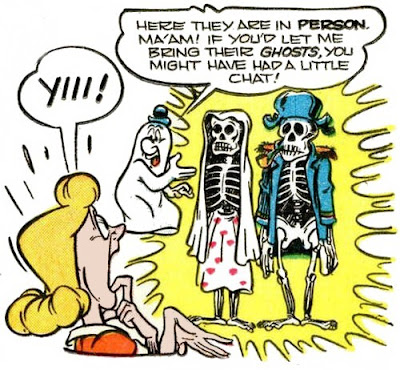 It is day three of our ACG Week.

Spencer Spook appeared in ACG’s Giggle Comics. The character was created by writer Hubie Karp and artist Ken Champin for Giggle #21, and carried through to the end of the Giggle run in 1955, when the title of the comic book was changed to Spencer Spook for the last two issues. Unlike another ghostly character, Casper, Spencer was part of a group hired to haunt houses.

My favorite Spencer stories were drawn by Jack Bradbury, like the one I’m showing today. Bradbury was an animator, as were most of the funny animal artists who drew for ACG’s humor comics. He had begun his career in the mid-1930s working for Disney, and ended his career at Western Publishing drawing stories featuring the Disney characters. According to a wonderful website created by his son, Jack Bradbury did over 6600 pages for Disney. Due to copyright none of those pages can be shown. I don’t want to rile Disney lawyers.

In this hilarious tale Spencer is pitted against an angry housewife. In the story we find out Spencer is “the spook of Spencer Plotz.” I don’t think that information is included in Don Markstein’s Toonopedia entry on Spencer.. 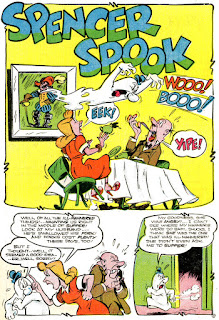 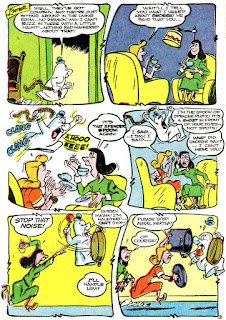 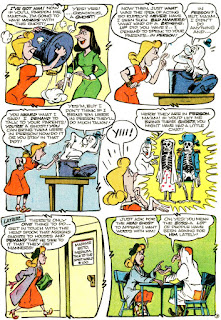 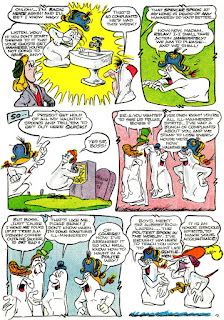 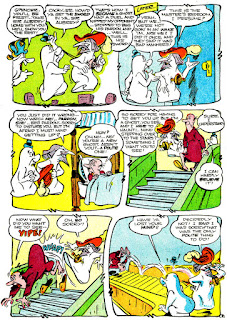 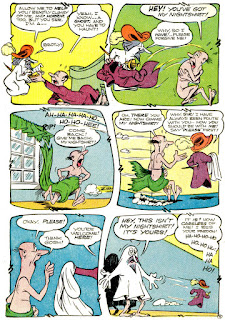 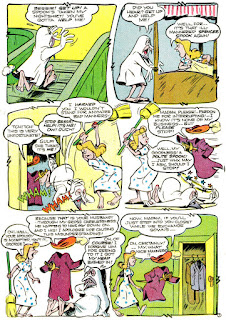 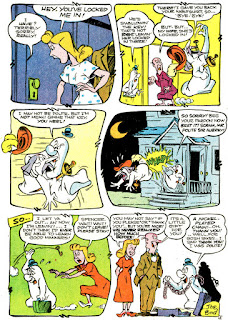 I just would be polite and say thank you, Pappy, for some very good posts lately. Here, Bradbury's artwork is quite good and enjoyed the goofy ghost story. Bradbury did well with Beany & Cecil the Seasick Sea Serpent, too.

7f7, I have a couple of those Beany and Cecil issues in my back posts; I think Jack Bradbury, who could write as well as draw, is one of the under appreciated artists of that era.

I think the difference was the animation background...they just don't grow talent like that anymore. People have totally different influences nowadays.