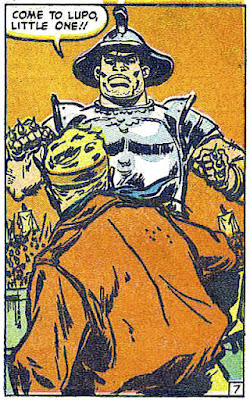 Airboy lands his plane in Tarzan territory (see the link below the story). He and his boss, Tex, are captured by Romans, who have built a civilization in the African jungle. The unknown author of this story was probably inspired by the Edgar Rice Burroughs novel, Tarzan and the Lost Empire, which was published in 1929. 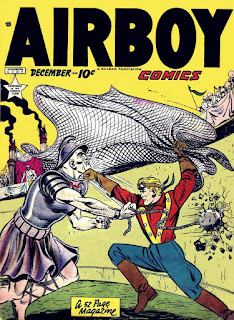 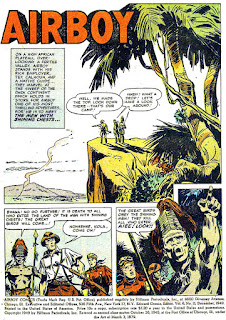 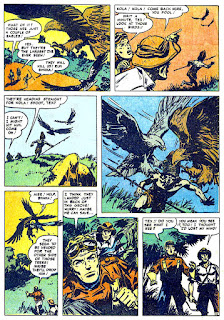 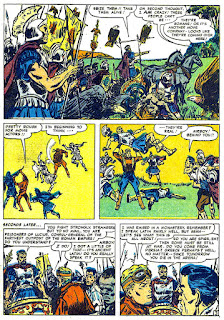 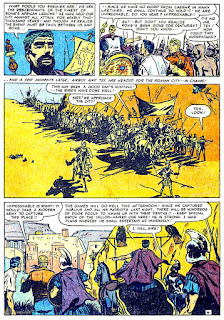 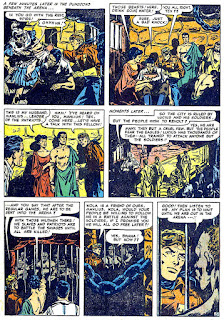 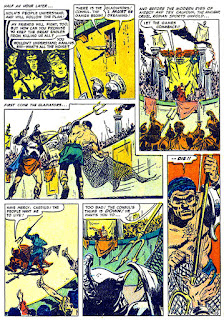 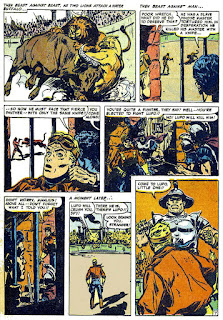 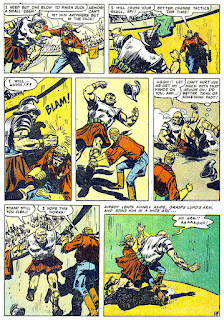 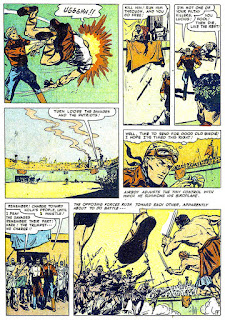 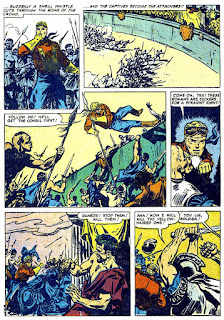 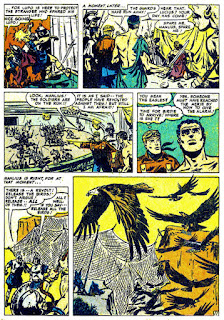 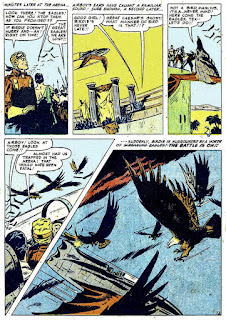 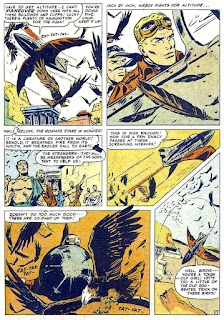 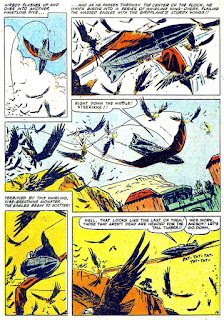 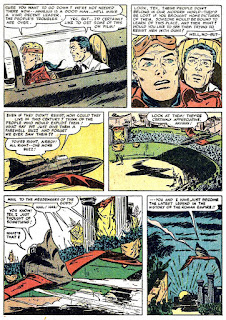 Here is a story of Tarzan taking a cruise with some ancient Romans. Just click on the thumbnail. 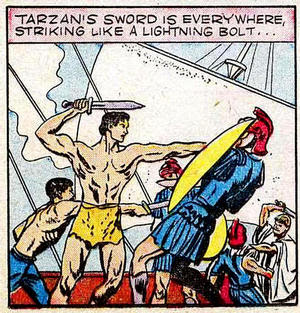 Airboy would have to have been fairly linguistically agile to go from Church Latin, which is what would have been used in a Roman Catholic monastery,* to the Latin of pre-Christian Rome — or to whatever alternative evolution of Latin would have developed in a colony far removed from Rome.†

I see that the story ducked the question of what were done to Lucius. An authentic outcome would have been quite dreadful, especially as he violated Roman norms of masculinity in defeat.

Indeed, Burroughs provided what was probably the direct inspiration for this story, but the idea of a Caucasian people displaced into Dark Africa dates at least to 1876, and the encounter of Henry Morton Stanley with people whom he was sure bore Caucasian features in what is now Uganda. (Lost race literature in general is still older, but didn't involve an African locale.) I think that Haggard's She (1886/7) was the first piece of fiction (as opposed to confusion) plainly to use the particular theme of a Caucasian civilization hidden in Africa, though his earlier novel King Solomon's Mines might be presumed to have implied such a civilization.
____________________

*Monasteries of other denominations would have used languages other than Latin, though it's not inconceivable that they would have taught Latin with the pronunciation of the Classical period.

†But, contrary to frequent assertions, colonial language is often far more conservative than is language in the homeland. Norman French began to sound archaïc to those on the continent, as now does Quebecois. And American English is generally closer in grammar and pronunciation to the English of 240 years ago than is British English.

Daniel, Airboy being able to speak and understand the Latin spoken by a civilization away from its roots for hundreds of years is just another fiction shortcut for making characters understood to one another. As I recall, Burroughs had Tarzan a linquist, who could pick up other languages easily. (He was even self-taught in reading English.)

As for colonial language being more conservative, I remember the poor translator for President Carter in Poland, who got forcibly pushed off the stage and replaced as translator because his Polish, learned in America from his parents and emigrant family, was to the native Poles something that "sounded like Polish farmers spoke 100 years ago."

I also understand that English is much changed since our forebears came to America, but Americanisms are nudging into British-speak. Watch British movies and TV shows and listen for American usage. British English has progressed in a couple of centuries, and now we're giving them back our version of it. Personally, I think the Brits should stick to British words like "bloke" and "lorry" rather than more American styled "guys" and "truck".