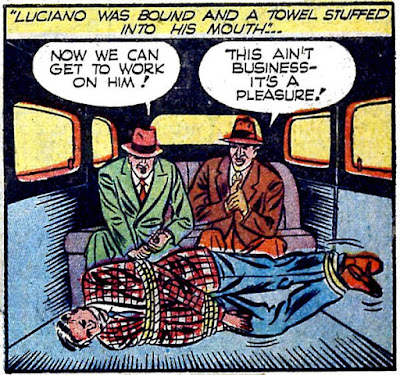 Charles “Lucky” Luciano was born Salvatore Lucania in Sicily, Italy, in 1897. At age 9 he emigrated to America with his parents, and over a lifetime made his reputation as the man who helped create modern day organized crime. You can read a lot about Luciano through various internet sources. This version of his life is from Crime Does Not Pay #26 (1943), and gives a version of Luciano’s life up until he went to prison in New York State. There was a lot that went on with Luciano after he went to prison, including a commutation of his sentence for “compulsory prostitution,” to help the Americans with the war effort in Italy. It didn’t help him, though, because he remained persona non grata in America until he was safely dead in 1962, when his relatives were able to return his body to New York for burial.

Of necessity this 13-page story glosses over much, but is essentially correct. It does not mention prostitution. It shows Lucky getting stabbed by three men in a gruesome and sadistic torture attack that left him permanently scarred, but censors itself by not mentioning that he was imprisoned for running a prostitution racket.

The Grand Comics Database does not guess who drew the story. It looks like it was worked on by diverse hands. Like organized crime. 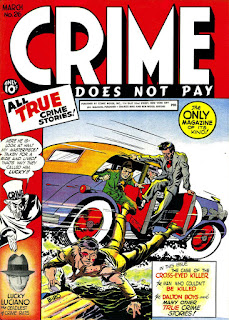 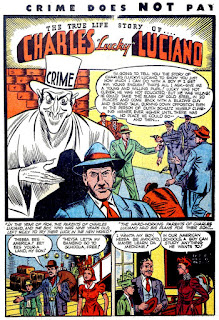 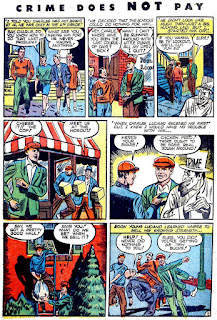 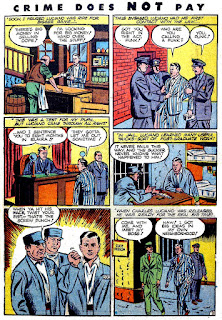 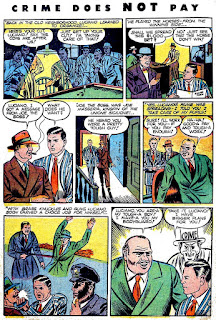 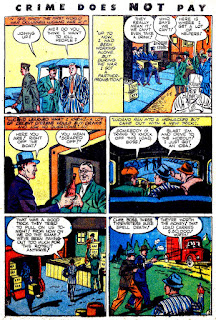 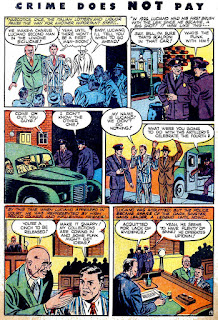 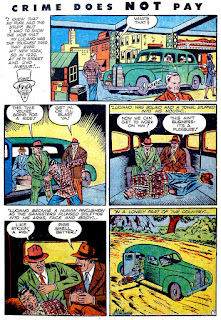 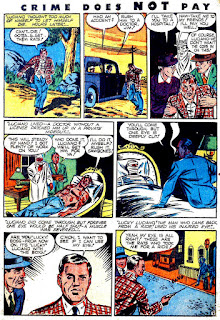 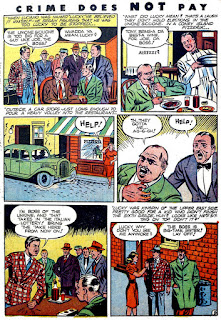 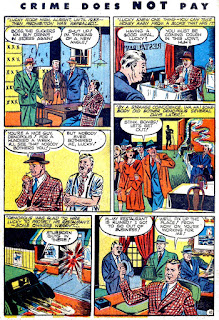 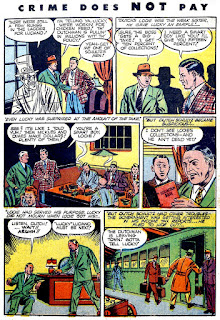 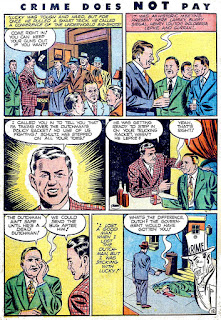 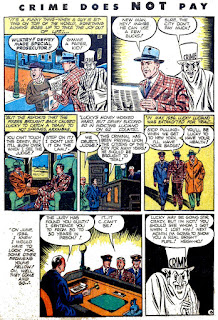 At some point, most people using the word “punk” were using it to mean hooligan, as they had inferred that meaning from context; this is similar to what happened with “gunsel”, which came to mean gun-toting henchman. But, during Luciano's youth, the common meaning of “punk” was someone who would be penetrated during homosexual acts.; this sense would be especially strong when thoughts of prison were not far removed. (And when Sam Spade called Wilmer Cook a “gunsel”, he was asserting that Cook were a boy kept as a homosexual lover.)

Luciano's important patron, Arnold Rothstein, makes no appearance in this story. Neither does Giovanni (“Johhny”) Torrio, who may have been calling the shots behind the scenes, though the ordinary narrative has him playing no more than an advisory rôle.

Given that Luciano arrived in America at age 9 years, and then began his education (in a foreign language), he would have had four or five years of schooling at age 14 years. It should not be surprising that he were only in sixth grade.

Given Luciano's viciousness, it's hard to believe that he would have happily settled for simply gunning-down whoever it were who had stabbed him. But we don't know who they were nor what happened to them. Luciano later claimed that police officers had carried-out the attack.

The personification of Crime here looks less like Mr Coffee-Nerves than in other stories that I've seen.

The art is just … bad … unless the illustrators were themselves 14 years old, in which case it's relatively good.

Daniel, I see the heavy hand of Jack Alderman in some of the panels. (Notably the first page, including Mr. Crime.) The story looks like a collaborative effort by more than one artist.

As I mentioned, with 13 pages to work with the story leaves out a lot, including people like Arnold Rothstein and Johnny Torrio. I love to read about the 20th century gangsters and organized crime, and even I have trouble keeping it straight with who-did-what to whom because of all of the fictionalizations I have read. In that way the stories become more like the fictional exploits of 19th century bad men like Frank and Jesse James, the Dalton Gang, and the Hole in the Wall Gang. When the fiction is more interesting than the facts, then public perception goes to the fiction. Personally, I find the wretched sociopaths of real life more interesting than the legends, but often the legends have taken over.

My favorite performance as Charles "Lucky" Luciano has to be Christian Slater in the movie MOBSTERS. Whether any given part of the movie is accurate or not, everyone in it is entertaining. (Even though I might not know him from anything else, one actor who stands out is Nicholas Sadler as Vincent "Mad Dog" Coll.)