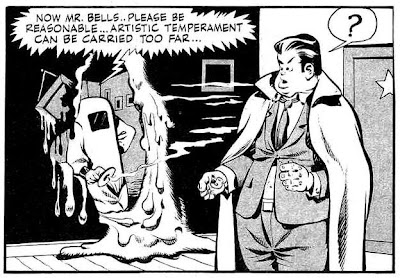 Orson Welles, the enfant terrible of theater, radio and the movies of his day, gets the Will Eisner treatment as “Awsum Bells” in this tale from the September 28, 1947 Spirit Section. I have scanned it from the blackline-and-graytone reprint in Warren’s The Spirit #2 (1974).

The update paragraph on the last page was new for the reprint version. The scripter (credited as Eisner by the Grand Comics Database) had been paying attention to the news stories that began appearing in June, 1947 about mysterious “flying disks” buzzing around in U.S. airspace. 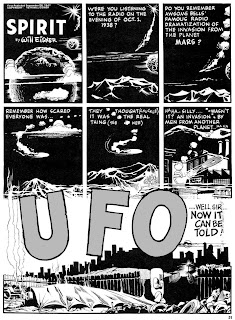 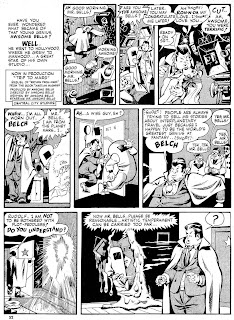 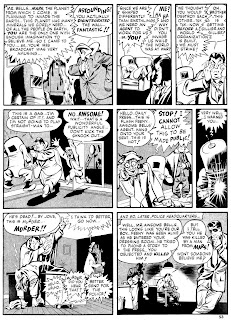 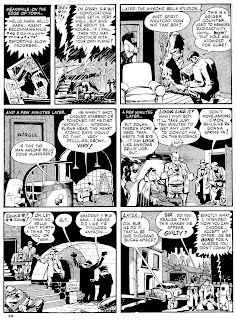 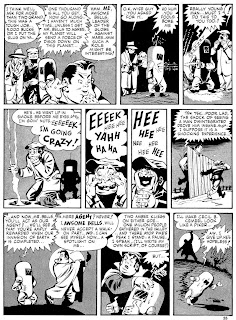 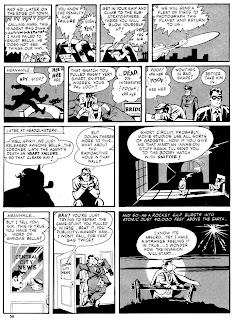 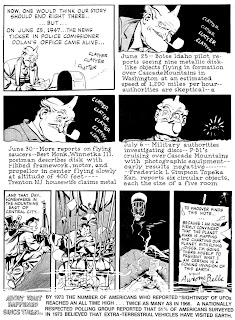 Email ThisBlogThis!Share to TwitterShare to FacebookShare to Pinterest
Labels: Orson Welles, The Spirit, UFO, Will Eisner

Interesting. I was expecting a joke ending along the lines of "...we've cancelled the invasion; these earthlings are too weird!" Instead, the news coming into Dolan's office parallels what was being reported in real world news at the time. Very clever of the always-clever Mr. Eisner. The 1970s add-on, of course, only adds to the fun (or the foreboding)

I must say, though, this must be the slowest alien invasion in history.