Number 1414: McSnurtle the Turtle, aka the Terrific Whatzit 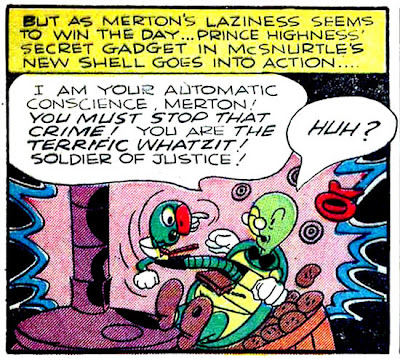 This is day two of our Comical Comics Week, today featuring a superhero turtle.

Merton McSnurtle, despite being slow moving and slow thinking was at least honest. As a reward he was given superhero powers by beings from another planet. The story is told in this origin from DC’s Funny Stuff #1 (1944). In my opinion Funny Stuff #1 was one of the key DC Comics of the forties. Funny animals were an important part of the DC lineup for decades.

Sheldon Mayer was the editor and contributed “J. Rufus Lion” to this issue. “McSnurtle the Turtle, the Terrific Whatzit” was written and drawn by Martin Naydel, who was the brother of Larry Nadle (they spelled their names differently), who became editor of the DC funny animal comics. 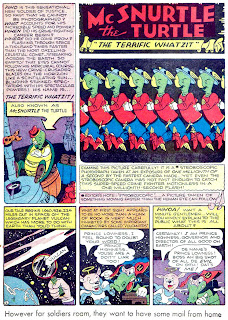 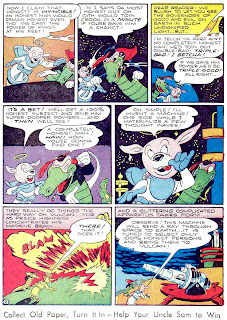 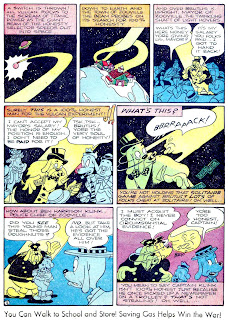 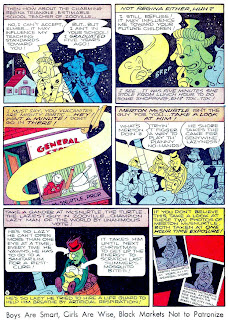 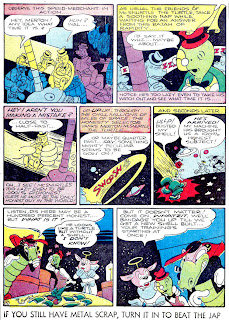 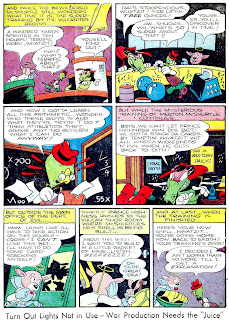 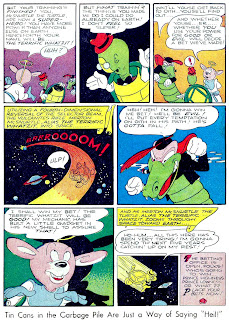 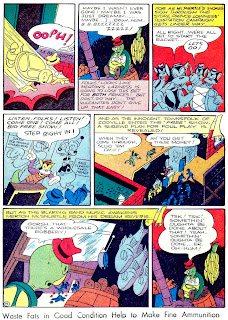 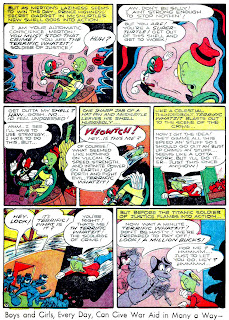 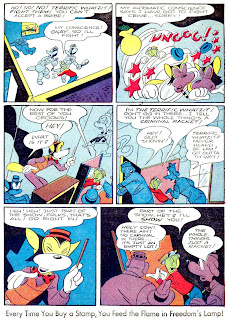 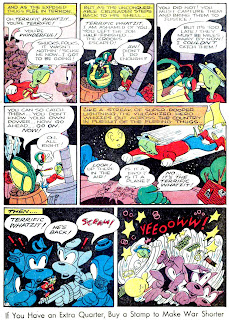 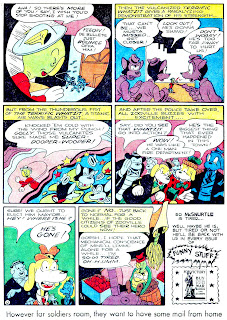 Here's another Terrific Whatzit story I posted over four years ago. Just click the picture: 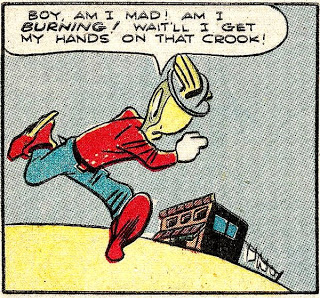