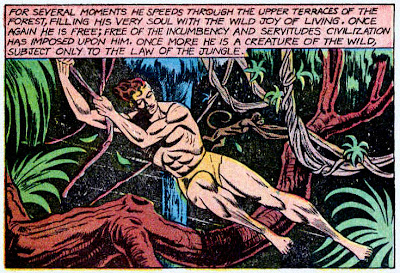 Jay Disbrow is known mostly for his Golden Age work in comics edited by L.B. Cole, the Star Comics line. Disbrow’s stories are usually the only originals in the comics, which are mainly re-titled reprints from the defunct Fox Features. Disbrow had a clean ink line, and was an artist whose work reminded me in ways of Al Feldstein, if only because his figure drawing could be a little stiff. He had begun his comics career in the Iger Shop, and it shows. When he left the shop he apparently wrote and drew his own stories, and signed his work.

In this story, originally from Terrors of the Jungle #4 (1953), and reprinted by I.W. in 1963 in Jungle Adventures #10, Disbrow did a jungle hero story. There were lots of jungle guys around in the '40s, all aping (ho-ho) the main inspiration, Tarzan. Disbrow went one better. His character, Taranga, is actually nobleman John Cutter, who has come back to the jungle after living in civilization for five years. Rather than seeing it as a swipe, I see it as homage for Edgar Rice Burroughs’ famous jungle lord. 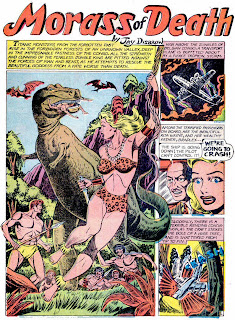 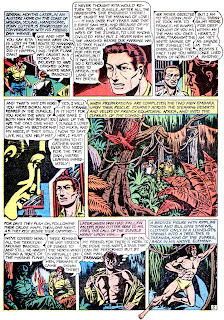 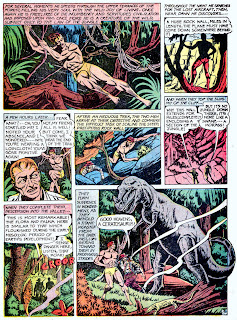 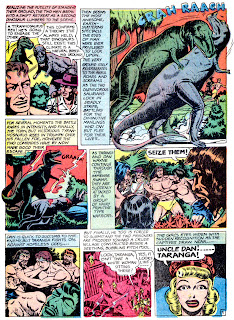 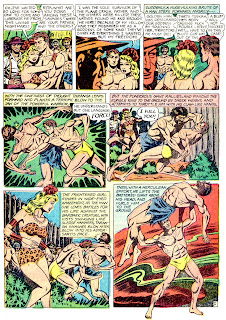 Disbrow came back in the late seventies with a comic published by Fantagraphics, The Flames of Gyro Featuring Valgar Gunnar. I ordered it directly from Disbrow, whose return address is listed as Jovian Enterprises in Neptune City, N.J. I still have the envelope, postmarked December 13, 1979. I can’t remember, but I undoubtedly saw it advertised in Comics Buyers Guide and ordered it direct, out of curiosity as to what Jayson Disbrow’s work looked like 25 years after leaving comics. And by golly, it looked just the same! 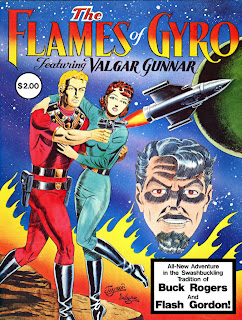 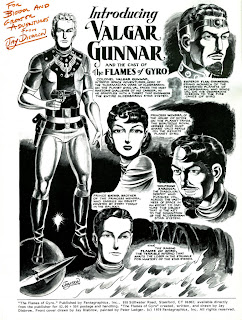 Even later, in 2000, Disbrow took to the Internet to produce an epic, a weekly Sunday page-styled comic strip, Aroc of Zenith, which he continued for 312 episodes until 2005. That is really an awesome achievement, and I give him a lot of credit for that. You can begin by going to this page, Aroc of Zenith and go to the sidebar on the right, where you will find “Aroc’s Complete Archives of Adventures.”

I recall a CBG article Disbrow wrote, basically stating he idolized Alex Raymond but did not care for Milton Caniff's style. Yet Raymond did not draw "Rip Kirby" in the same manner he drew "Flash Gordon;" he knew that a private eye saga demanded a different treatment than a space opera.
"Flames of Gyro" just screams "Flash Gordon pastiche" (though a loving one, I'm sure). I wonder if Jayson tried to interest King Features in letting him draw Flash.

rnigma, as an artist, Disbrow's work does seem "fixed" in a time and place. I'm not complaining, since I like that time and place, but I wonder if his style just would have been too old-fashioned for readers who did not remember Alex Raymond's Flash Gordon.

As you say, even Raymond moved past his Flash Gordon style with Rip Kirby. An artist like Al Williamson, who loved that earlier style and could replicate it well, also realized that the world had moved on.

I just discovered The Aroc site with the Flash Gordon type of character. Is Jay Disbrow still around? I tried to e mail the site and it came back undelivered. I do enjoy the retro style and wish there were more artists with his sense of design.