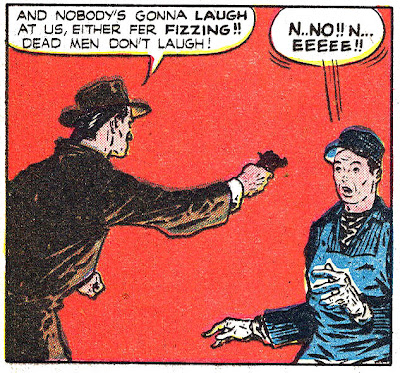 Another sensational crime further sensationalized by Charles Biro and George Tuska, from Crime Does Not Pay #49 (1947). (Thanks to Darkmark for the issue number correction.) The DeAutremont brothers were Oregon lumberjacks who tried to rob a train in 1923, killed three men, and then fled.

It took four years, forensics work and wanted posters to bring the brothers to justice. All of them were caught, all were sentenced to long terms in prison. The panel of the calendar leaves shows 1942, by which time all three brothers were serving their sentences. The sequence that follows, of Hugh DeAutremont as a soldier in the U.S. Army serving in the Philippines and being recognized, actually happened in 1927. It is a reminder that when you see the word “true” in a crime comic, better doublecheck the story. You can read more about the DeAutremonts here.

I posted this story several years ago, but these are new scans: 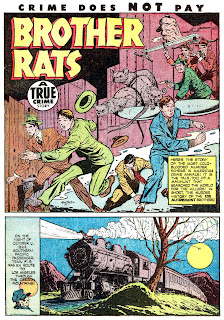 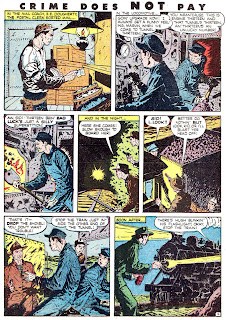 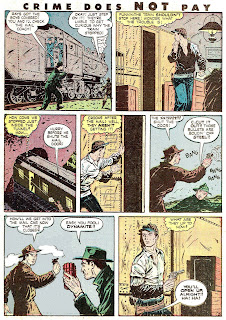 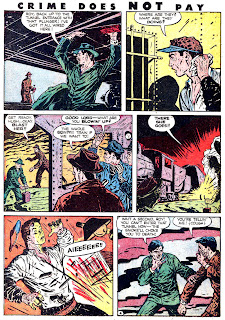 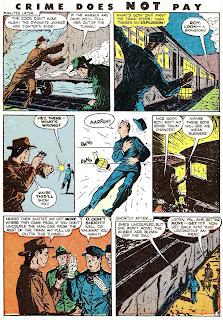 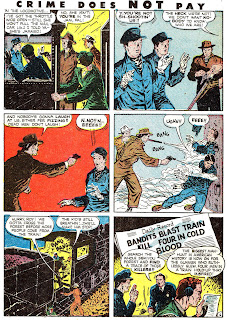 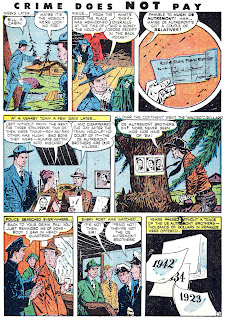 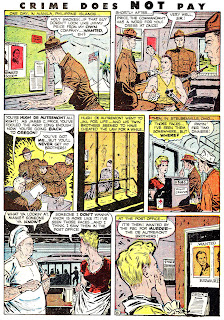 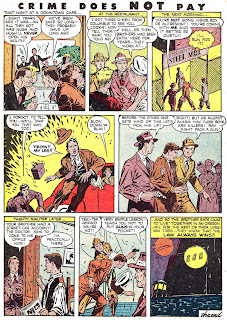 For a magazine that claimed it wasn't glamorizing crime, it certainly wasn't helping police work, either!

So, they were sure it was the brothers because ... they left without paying the rent one day before the train robbery?

And do they really pistol whip suspects? Oh, wait, this was the 40s, they did do that!

Brian, you know there are people out there who would return to rubber hoses and pistol-whipping if those pesky laws against such things hadn't been passed.

Maybe they could try waterboarding! Hey, the CIA didn't have any problems with it.