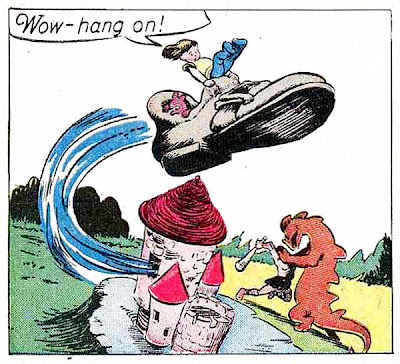 Not long ago I showed you the first Pogo and Albert story from Animal Comics #1, done by Walt Kelly.* Here’s another #1 from Kelly, “Winkie and the Wishing Well” from Fairy Tale Parade #1 (1942). Kelly did the entire contents of this comic, one of the real treasures of the golden age.

I don’t know if “Winkie” is taken from a real fairy tale, or made up by Kelly. If it’s made up at least it has all of the elements of a fairy tale: a cruel master, stalwart child who is sorely put upon by others, a wishing well, a dragon, a giant, and the giant’s pretty daughter. 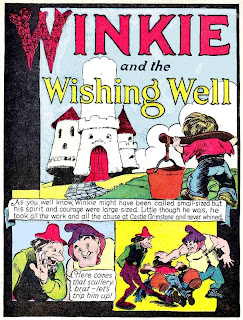 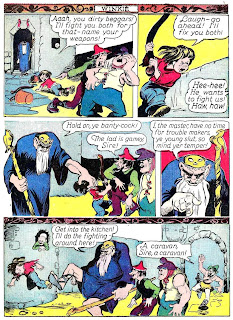 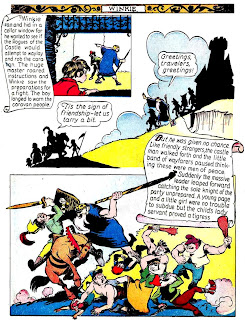 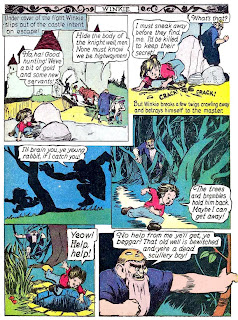 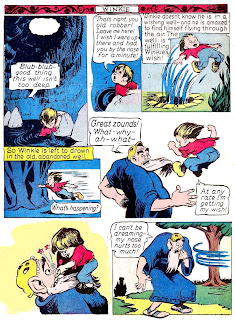 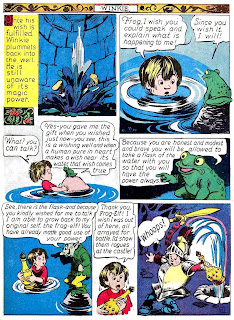 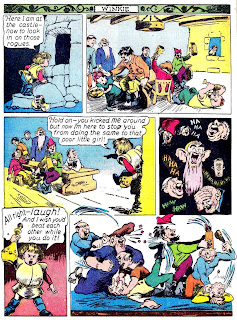 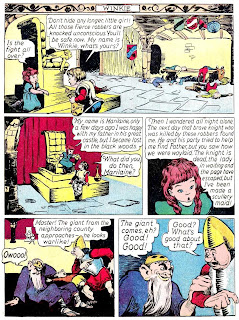 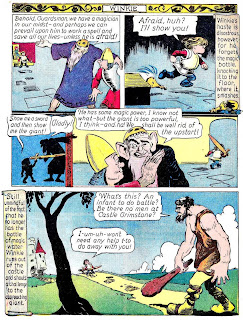 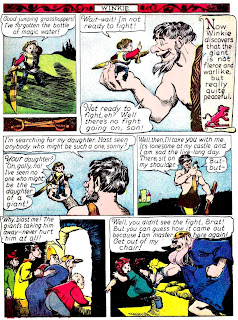 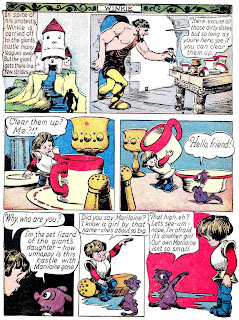 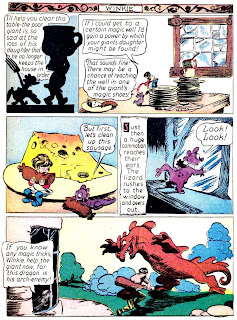 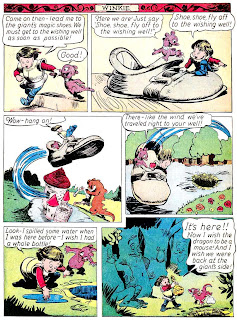 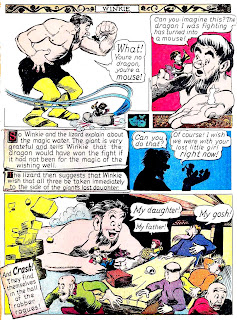 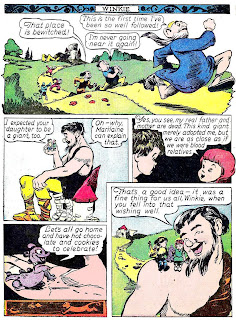 *You can read the story by clicking on the picture: 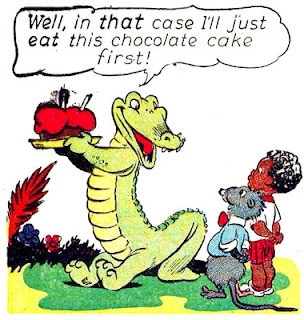