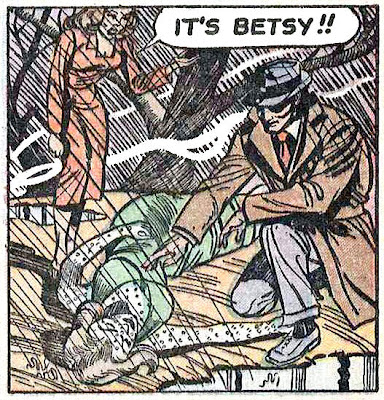 Myron Fass, the king of sleaze, whose magazines included the line of Eerie Publications* and various other exploitation rags like Violent World, was once a comic book artist. 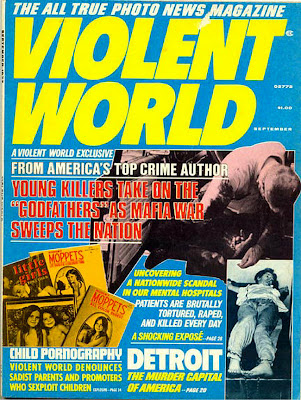 An issue of Violent World. 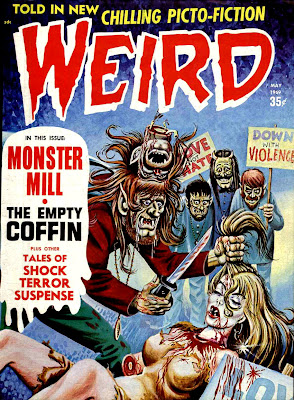 I like to imagine Charles Manson framing this 1969 killer-hippie Eerie Publications cover and keeping it in his cell to remind him of happier days.

Well, I qualify Fass’s comic artist label...I don’t know how much Fass actually drew, and how much he might have subcontracted out to other artists. The quality of Fass art can vary widely. In this particular story, the quality has swung toward the amateurish, or as I like to call it, “serviceable.” It serves the purpose of the story and that’s about it. But I decided to show it for a couple of reasons. One is Myron’s inscrutable signature in the splash panel. If I’m reading it correctly it says “Nuts” Myron Fass, with the second “s” placed sideways. I’m bewildered by that. The other thing about the story is it is another swamp creature story. There have been enough swamp monsters in comics, all of them descended from Theodore Sturgeon’s 1940 prose story,“It!” to make up a separate genre for swamp-creature lit. 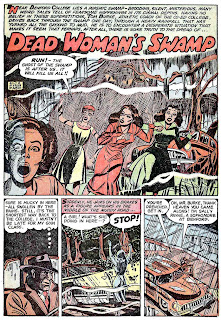 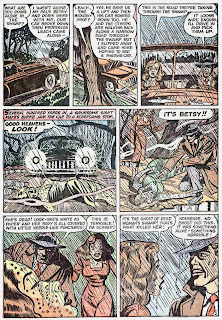 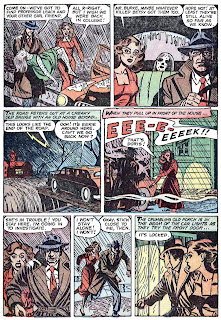 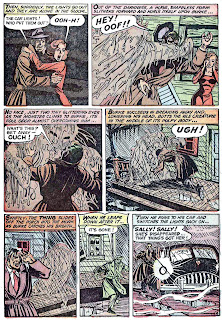 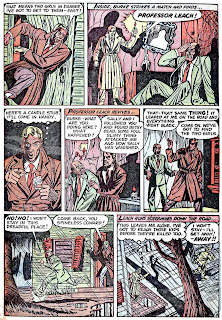 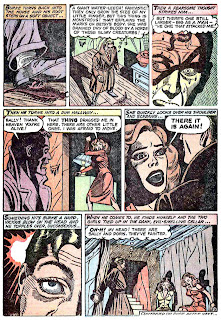 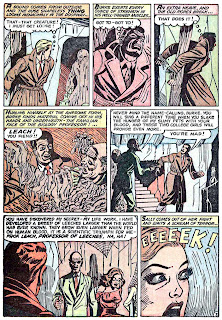 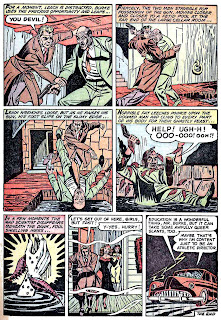 Click on the picture to go to the site. 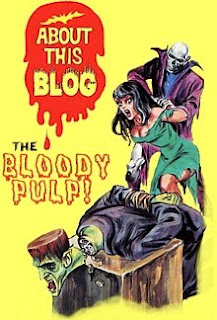 Great find, I know Fass mostly from the Eerie pubs, but it's interesting to see his actual (maybe) comic art.

"Serviceable" is being kind. When the shading on the splash makes it look like all the women have giant Frankenstein monster scars, you've got a problem.

The physics of this plot are completely and utterly goofy.

"Empire of the Claw" is another site devoted to Eerie's ugly little fascinators. It's a bit of a pain to navigate, but has a quite a few of the real nasty lowest-brow entries in Eerie's lineup.

According to a Japanese creation myth, much of the familiar world was created by the sexual coupling of two gods, Izanagi and Izanami. From it arose islands, mountains, waterfalls, and other such things. But the first of their creations was the leech, which they found disappointing.

I'd be pretty d_mn'd disappointed too. I'm fairly sure that even leeches are disappointed when their offsprint turn-out to be more leeches.