Number 1391: Kidnapped to the future! 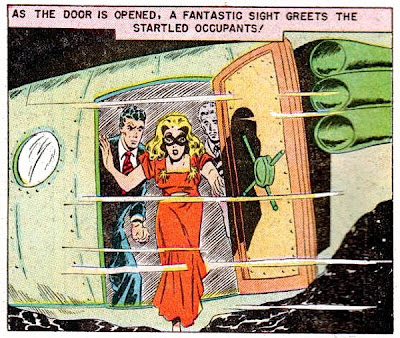 Blonde Phantom, alter ego of mousy secretary Louise Grant, lusts after her boss, Mark. But like many comic book masqueraders, she finds herself in a love triangle with herself. Tsk tsk. My advice to Louise is to tell Mark — don’t keep secrets; they lead to mistrust. (Short lecture over.)

Louise and Mark are kidnapped by a group of future men who put them in a zoo to be studied by the thirtieth century citizens. If Louise had been a guy she would have just used brute force and whupped on the kidnapers. But Blonde Phantom uses her brain to overcome her adversaries...and she does it all in an evening dress and high heels. This entertaining story, from Marvel’s Blonde Phantom #21 (1949) is credited by the Grand Comics Database with art by Al Gabriele and Harry Sahle. 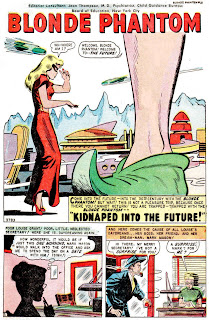 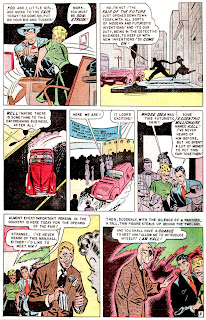 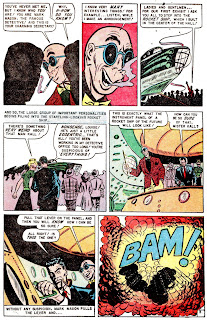 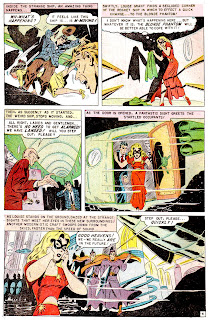 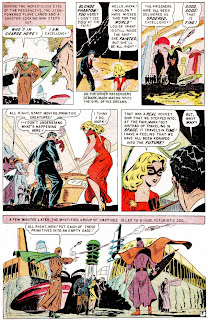 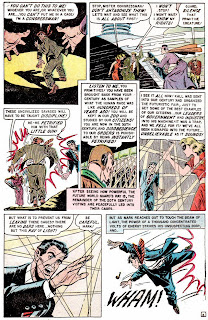 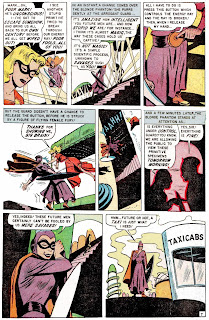 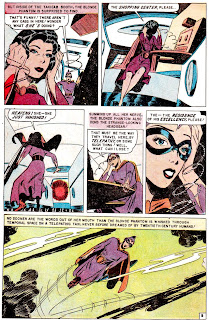 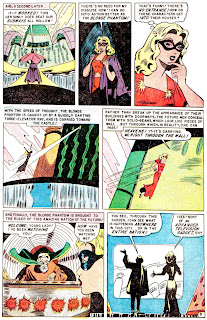 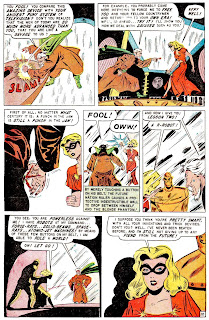 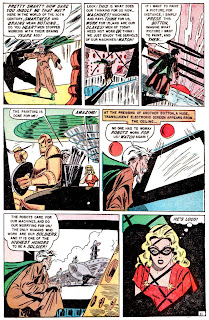 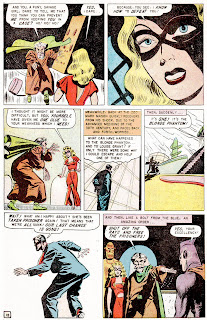 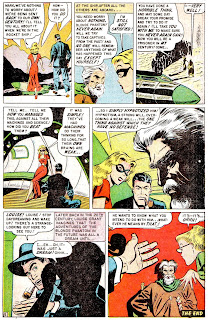