Number 1383: The not altogether-horrible Hillman horrors 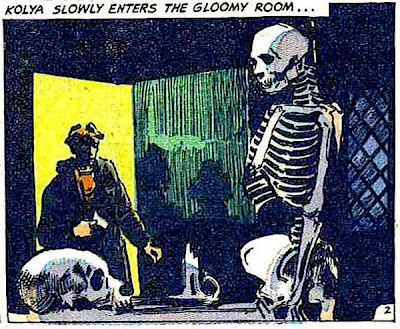 Hillman Periodicals, publishers of Airboy Comics and other titles, had no horror comics in their line. But Airboy was known to battle some ghoulish foes, and because horror comics were popular in the early fifties some of the elements in that comic skewed toward the horror genre.

To wit, the non-Airboy contents of Airboy Comics Vol. 9 #5, from 1952. The stories are short, and all have some horror to them.

Gerald McCann,* was a fine artist moonlighting in comic books. His moody, dark style fits “The Wolf Boy of Krakow” very well. Ernie Schroeder did the Heap story, as well as the cover illustration from the tale. The Heap was a character like the later Swamp Thing and Man-Thing, inspired by Theodore Sturgeon’s 1940 short-story, “It!” Heap was a peripatetic, shambling mute who went from one town to another, involving himself in various horror scenarios. The tone of the series reminds me of Dick Briefer’s last and more serious incarnation of his Frankenstein character, seen in The Monster of Frankenstein. Last, longtime comic artist and journeyman Bill Ely* drew “The Crown of Coort,” which features a Lovecraftian monster and a classic last panel. 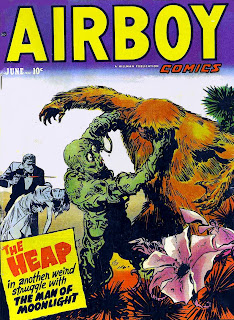 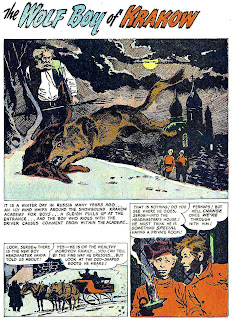 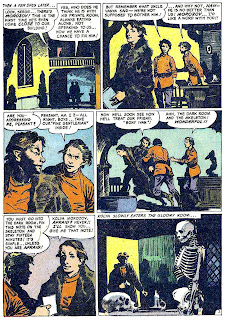 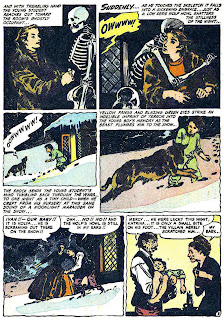 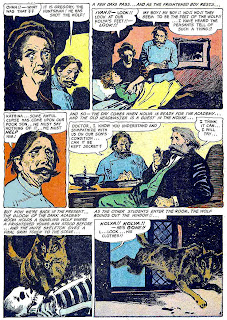 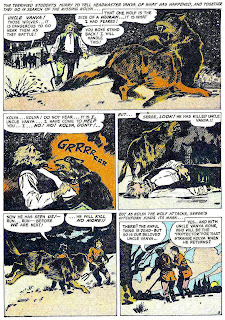 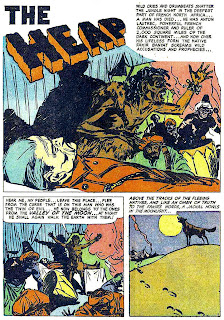 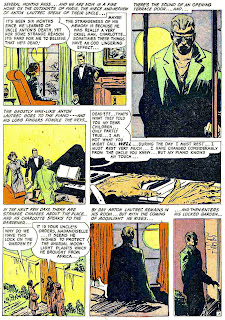 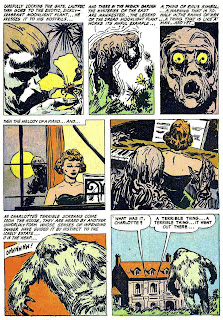 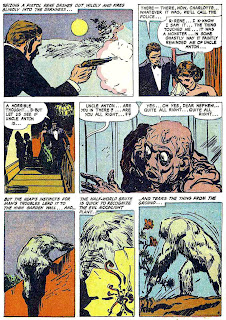 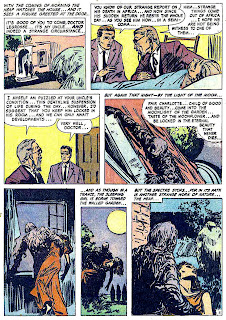 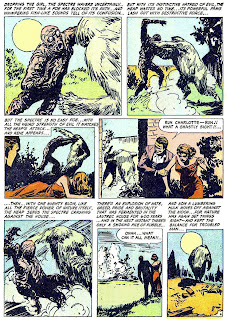 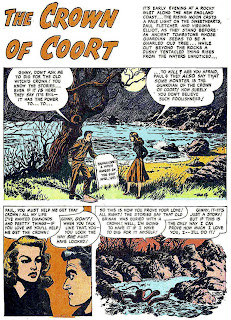 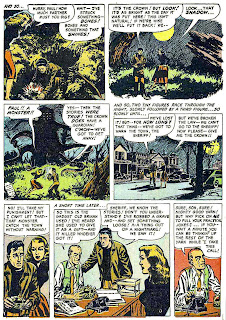 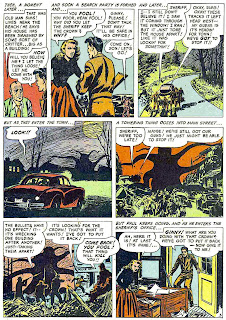 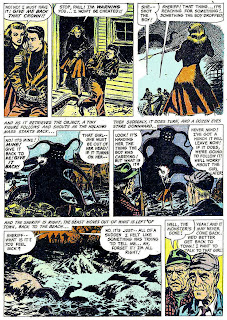 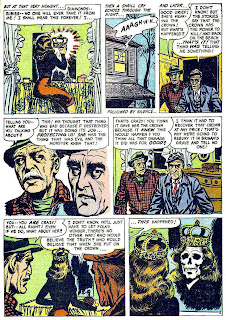 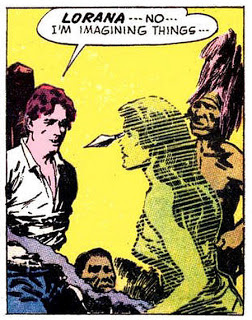 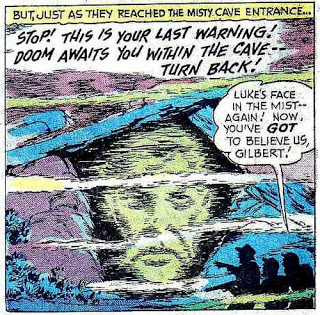 The Heap story shows the particular problems with the "mindless" main character stories. There always has to be a reason he intrudes on the evil goings-on. The engine here is that he "seeks out evil" but it seems pretty unnatural.

The Crown of Coort is a lot of fun, much like a mash-up between Kirby era giant monsters and 50s horror. Also, it seems some writer just got dumped before writing this one...