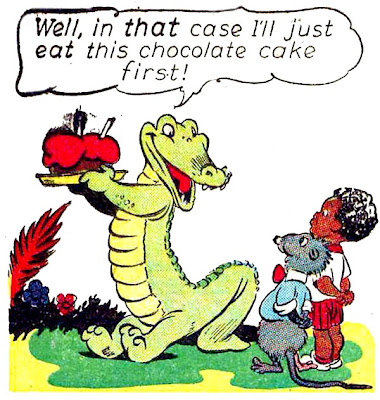 Any ardent Pogo fan can tell you Walt Kelly’s familiar character did not spring forth from his creator’s forehead fully formed. Rather he was developed over time. As you can see in this, the first appearance of both Albert Alligator and Pogo Possum in Animal Comics #1 (1942), they were hardly recognizable as to what they would someday become. No matter. The Kelly humor is here, and while the Pogo characters went through an evolution, Kelly was as talented in his beginnings as he was at the end of his career, which came with his death in 1973.

I’m also showing another Kelly strip from the same issue of Animal Comics. “Muzzy and Ginger,” is a more typical funny animal strip. 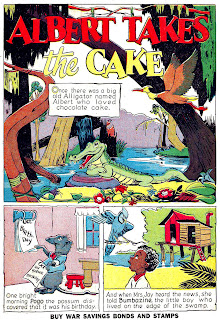 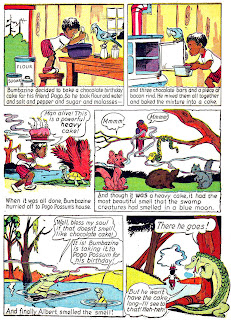 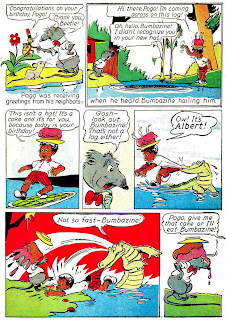 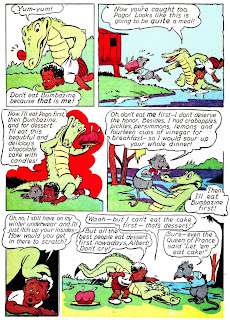 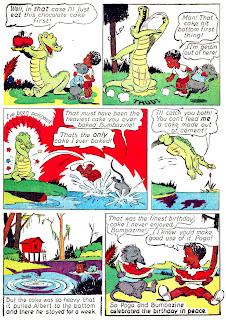 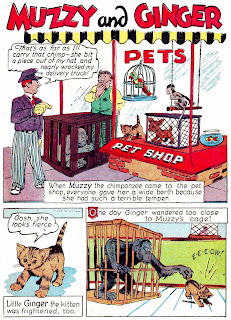 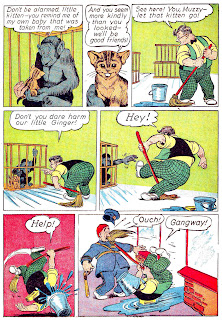 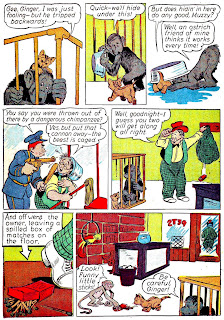 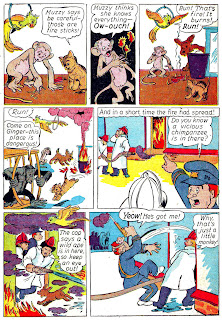 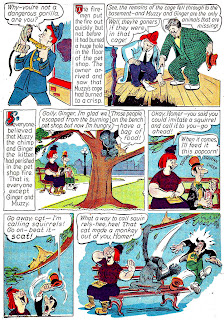 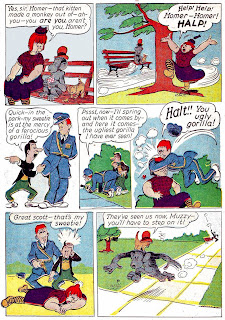 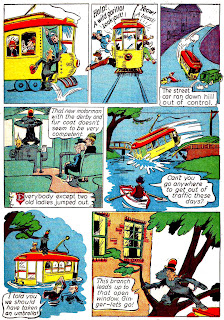 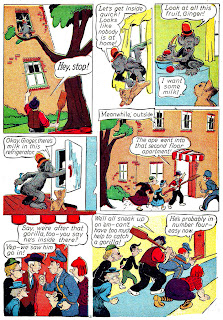 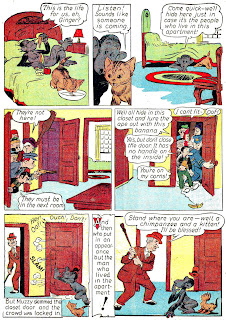 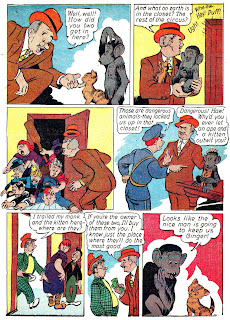 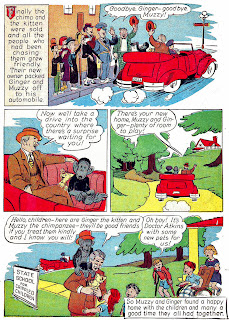 Although not as well realized in “Muzzy and Ginger” as it would be the later “Pogo” comic strip, the compound gag from 5:6 to 6:6 is very much like the sort of thing that would be used in that strip. What would be different (and funnier) in a “Pogo” strip would be that the woman (or her analogue) would be sure that the chimp were Homer transformed, rather than be calling to Homer for help.

As many readers (but perhaps not all) will know, various sorts of apes truly tend to like cats. (I will pass paraleiptically over the idea of letting a randomly selected chimpanzee move freely amongst handicapped children.)

Pogo and Albert almost sound like Yankees in this one.

In those earliest Pogo strips, Pogo and Albert were not the central characters. Bombazil was but then was later dropped and Albert became a more friendly member; not always trying to eat all the other characters.