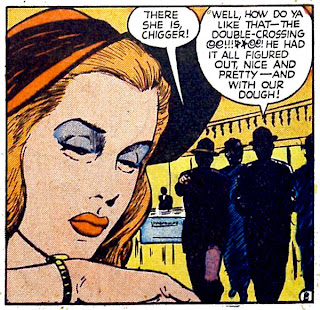 A story about George Tuska has gone around for a long time. (It is also in semi-fictional form in The Dreamer by Will Eisner.) A woman — memory tells me it was Toni Blum — who wrote scripts for the artists in the comic shop bullpen was the subject of talk by the guys. Tuska liked her. Bob Powell apparently said something sexually insulting about her and Tuska got up from his board and punched Powell to the floor. In another report I read, Tuska, who was a big guy — and Powell was not — stood over Powell and said in the voice of Lennie (Lon Chaney Jr in Of Mice and Men), “You shouldn’t ought to have done that, Bob.” True, or exaggerated? I dunno. Good story no matter the truth? Hell, yeah!

Tuska, in my opinion, was at the absolute top of his illustrative skills when he did stories for Charlie Biro at Crime Does Not Pay. Biro was a demanding editor who made the artists draw everything, and that was even though the stories were burdened with text, captions and overloaded speech balloons. Still, Tuska managed to get all of the characters and violence into the panels. And speaking of violence, the sensitive among you need to be warned of some of the panels: a knife slices a cheek, a woman is shot.

Violence like that was part of what inflamed adults about crime comics being sold to children. Something a bit more subtle in this story is the message about being a squealer. Guys who tell on criminals meet a bad end. Remember that, kids. 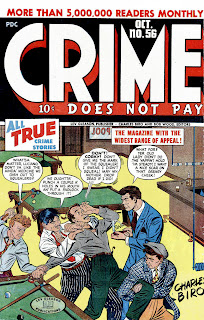 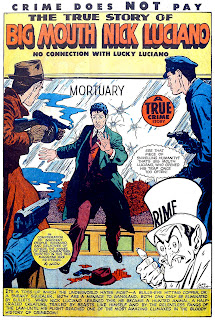 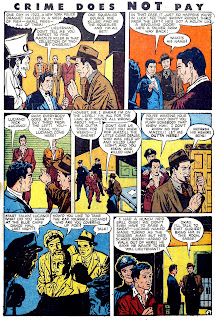 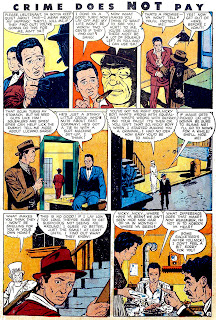 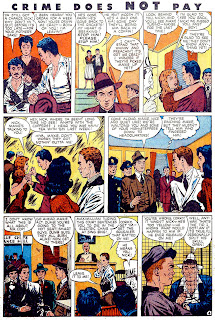 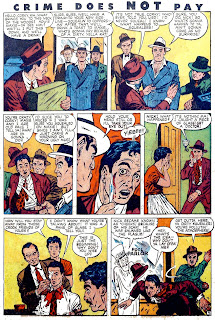 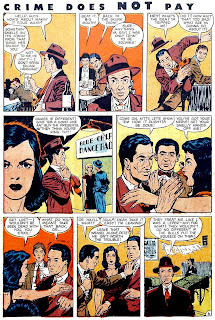 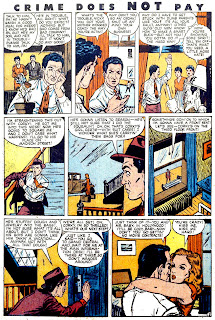 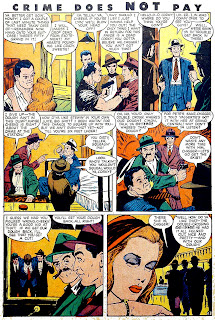 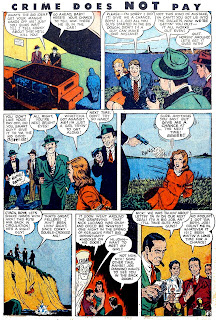 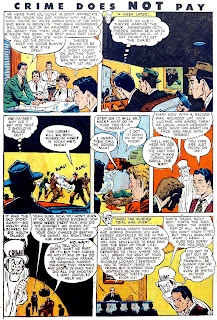 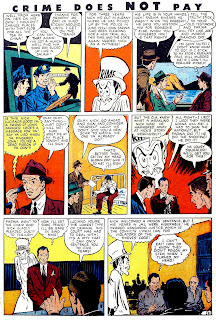 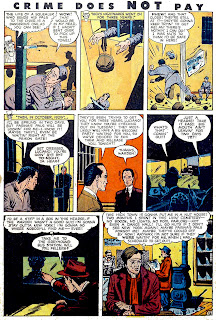 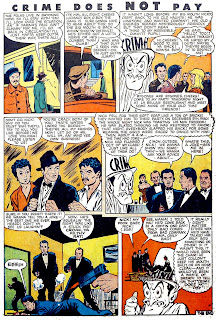 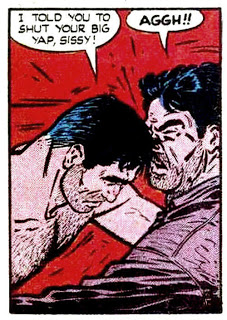 Another thing to cause concern amongst crime comic critics of the era is this ad from the same issue of Crime Does Not Pay: additional reading material from a third-party publisher. Five books, four of them concerned with crime. I don’t know for sure about the kids in 1947, but I sure would like to read them, and get the “hidden secrets, helpful information, inside ‘dope’.” That could be interpreted as ways to commit crimes. But there is one book, How Detectives Catch Crooks, that would be especially helpful. We still have that today: television programs about crime-busting through forensics, showing police methods, have helped some criminals.

It’s human nature to want to know about “Big-shot Gangsters, their crimes, careers and deaths!” and I’m no different. But I don’t plan to emulate them. I don’t commit crimes because I’m not a criminal, no matter how many books I read or TV shows I watch about crime. I suspect that’s true about most people, or despite all the crime-saturated entertainment the crime rate would be a lot higher than it is. 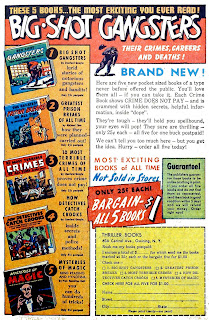 As far as I'm concerned, this story is just one more exemplar of the social and moral disorientation of Gleason and Biro. Whether they were sincere or just faking a commitment to wholesomeness, they just had this freakish misunderstanding of the psychology and values of ordinary human beings! That doesn't work to much against them when portraying the mind-sets of criminals (who tend likewise not to understand such things), but nobody in their worlds isn't wack, and the moral presumptions of the narration are at best perverse.

Daniel, my feeling is they were just reflecting gangster movies, "true" crime magazines and detective pulps of the era. They were presenting the same sort of material in panel form in comic books.

As far as social and moral disorientation, some of that was evident with editor Bob Wood, who was said to beat on his girlfriends, and later killed one during a drunken binge in the '50s.

Crime, death, torture...hell, it's all just entertainment, isn 't it? You see it every night on television.

I'm not saying your observations on Biro and Gleason (and Wood) aren't accurate, but in an inverted world of salacious and sensational literature they were giving the public what it wanted. I agree that they were "faking a commitment to wholesomeness." And critics of crime comics saw through that, too.

By the way, I've scheduled more sleaze and social and moral disorientation from the Gleason-Biro-Wood-Tuska gang in August, Daniel!

More occasion for me to say “What th—?”