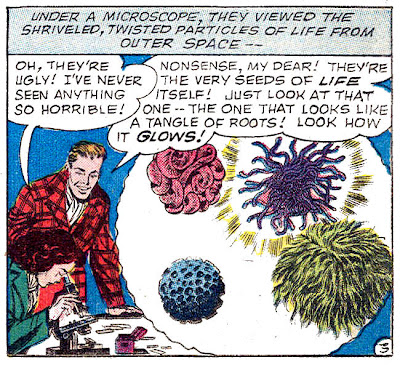 For a time in the 1950s comic artist John Forte’s work could be found prominently in ACG titles. He went from there to DC where he did the Bizarro World stories in Adventure Comics, written by Jerry Siegel. He then became the first artist for the Legion of Superheroes. He died young in 1965.

I never really saw him as a superhero artist, although his Bizarro stories are some of my favorites of the era. My affection for Forte is for his work on mystery and supernatural. This particular story, “The Glittering Nightmare,” is credited to Forte and writer Shane O’Shea (actually ACG editor Richard E. Hughes). It has a scientist obsessed with a project that ruins his marriage and an alien lifeform taking on earthly shapes, reminding us of Invasion of the Body Snatchers. I showed this story in the early days of this blog, but these are my new and improved scans. 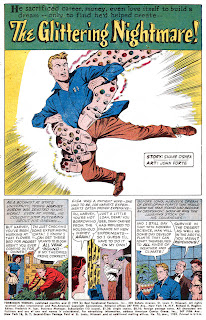 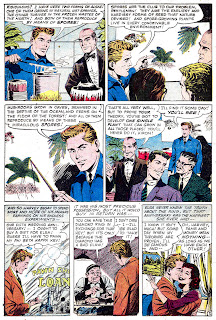 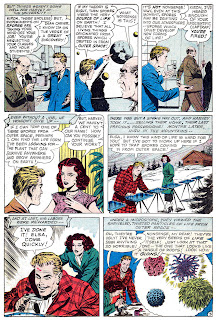 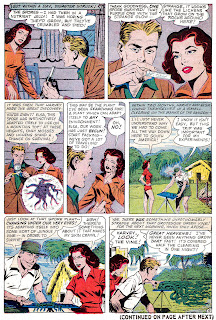 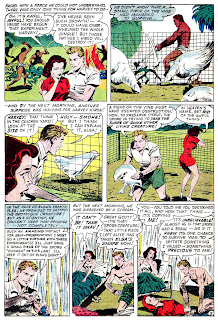 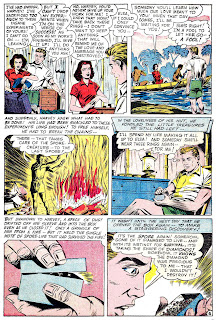 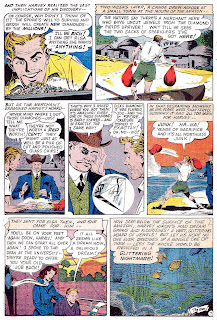 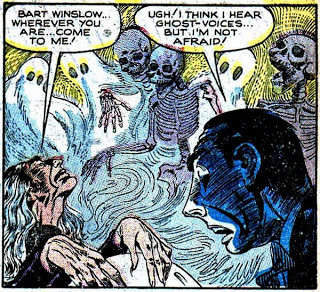 Pretty obviously lifted from Invasion of the Body Snatchers, which was in theaters just a couple years earlier, but reworked from a red scare movie to a purely sci-fi "horror" story.

I leave "horror" in quotes because, like a lot of late 50s pre-code stuff, nobody seemed sure how to handle horror in the constraints of the code. This is basically a pre-code horror story with the deaths removed. The problem with that is it reduces the impact of the shock ending -- so far the organism hasn't really done anything evil, so it's eventual return (while you could assume how bad it would be) isn't foreboding.

Brian, that's a good observation that it's "a pre-Code story with the deaths removed." It's hard to build a suspense or horror story without at least the threat of death. I'm sure it put comic writers in a quandary as to how to tell a story without it.