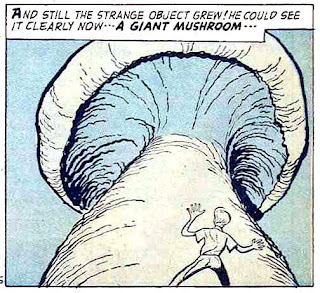 
I dream of mushrooms...

If I'd seen the story, "He Pierced the Unknown," in 1968 instead of when it was published in 1958, I'd have had a different interpretation of young Albert Huraki's dreams. Instead of just interpretive drawings of Albert's gift for precognition, I would have seen drug references, especially with the big mushroom. I shamelessly use that panel above in order to provoke knowing readers to nudge the person next to them, then point at it and snicker.

Sorry to disappoint. There are no drugs involved. The story, presumably written by editor Richard E. Hughes, is well thought out. Albert can see the future in his dreams, couched in mystic, almost biblical, symbolism. Artist Ogden Whitney did a fine job interpreting the dreams.

I have one more observation about this story: the description of Albert, especially in the early panels, seems to be describing what we now know as an autistic child. I wonder if the writer knew someone who fit this description...? 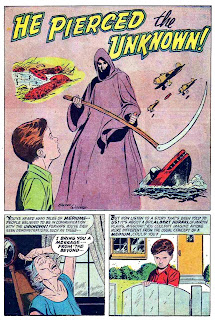 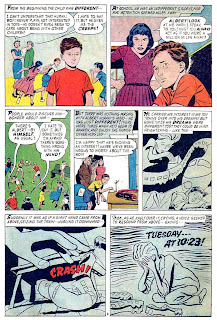 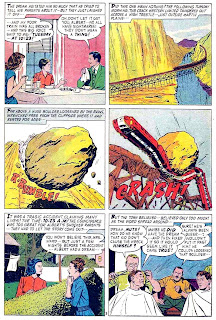 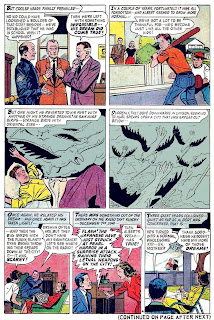 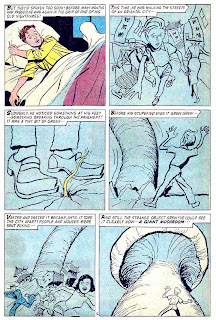 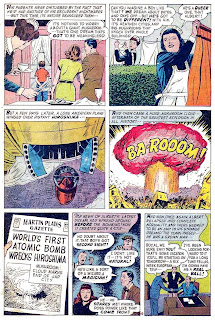 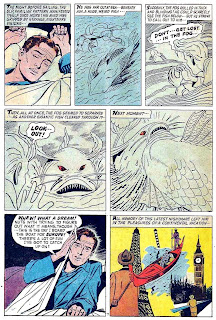 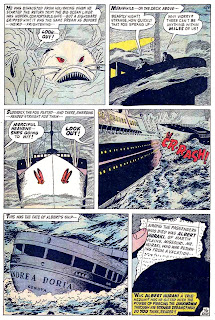 This is a letter (from "Alfred E. Neuman") with a response from editor Richard E. Hughes in that same issue of Adventures Into the Unknown: 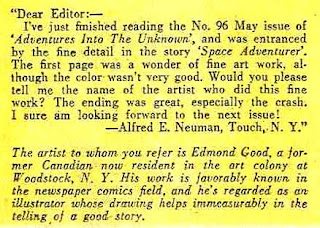 Hughes answers the question I've had about the artist of "Space Adventurer," who I now know is Edmond Good. A couple of weeks ago I showed the origin of Tomahawk from Star-Spangled Comics, drawn by Good.

"Space Adventurer" is more typical Hughes: guy is a failure, makes good, impresses girl. In this case the story, published in 1958, takes place in 1991, one of the future-in-the-past stories I love. The future it describes is in the past for us, so we can see how it stacks up against the reality of 1991. Um, not so well, but I enjoyed the part about the hero buying a used rocket ship for $416. That's about what my first car cost in 1963. 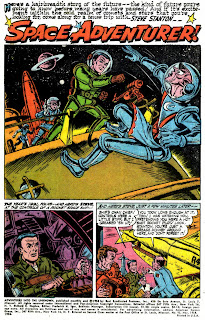 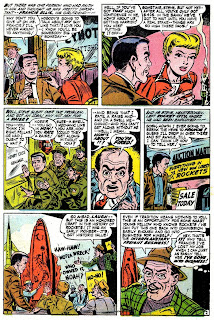 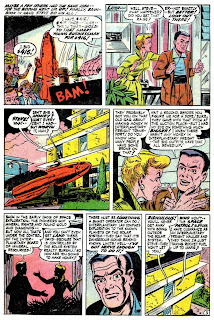 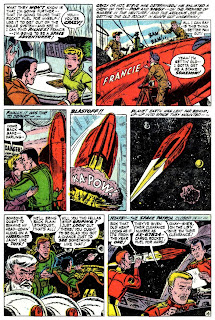 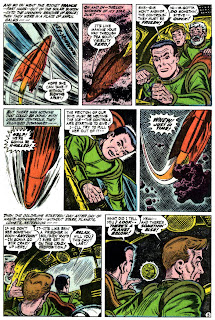 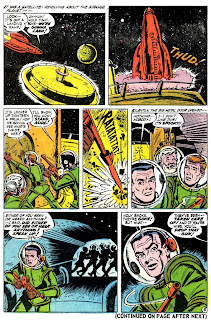 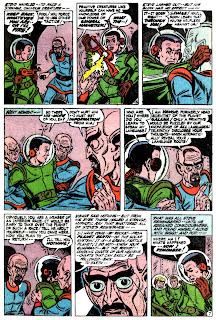 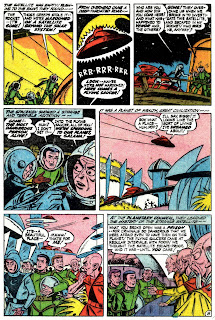 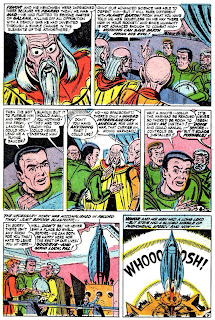 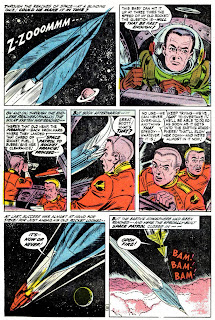 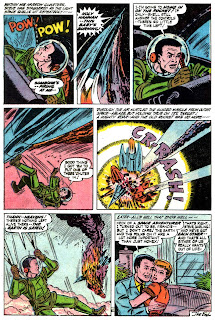 Excellent Adventure. Thanks for posting it.