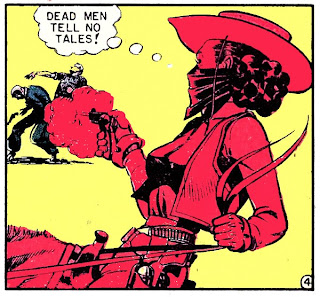 
Saddle Justice was an EC Comics entry into the field of Western-themed comic books, before they got into the New Trend comics that would make them infamous. 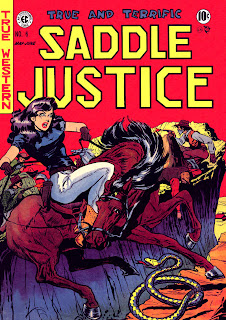 I like the alliterative titles of these stories, and the female protagonists, both of whom are as rough-and-tumble, if not more so, than the men they go up against. Johnny Craig did "The Lady Longrider" and Graham Ingels drew "The Grinning Gun Girl," setting the mood on the first page with the symbolic skull.

[SPOILER ALERT] The lessons of "Gun Girl" are muddled, especially in the last three panels when the law closes in. The posse decides to shoot down psychotic Sally "in cold blood" because it's the "only way we can stop her from killing more people!" The sheriff would rather "take her in alive. . .[but] no sense in running any more risk with a killer like her!" so they shoot her. As she lays dead the sheriff moralizes, "Reckon she was a bad one...human life didn't mean a thing to her it seems!" That's because even in death she has her grin and after shooting her in cold blood, he says, "See, she's still grinning! Sure was cold-blooded...even about her own death!" The code of the West in action! Another crime comics ending, where the law is just as brutal as the criminals they are chasing. 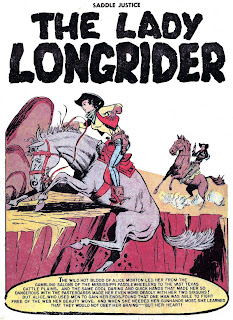 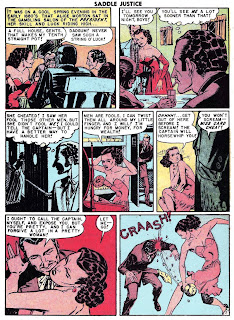 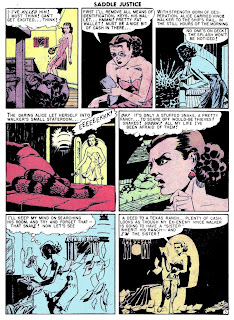 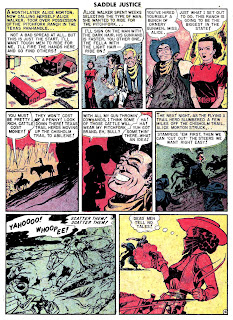 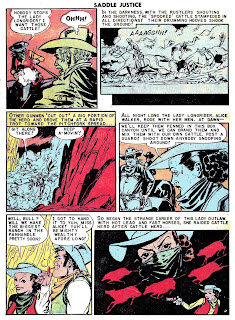 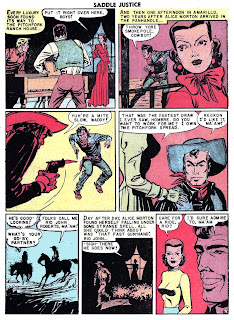 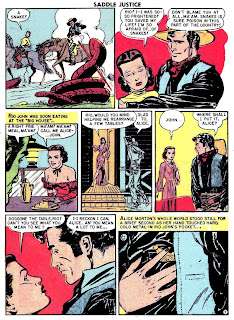 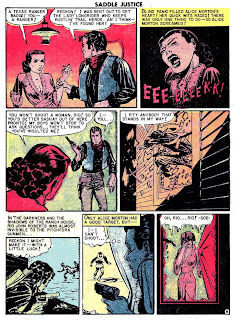 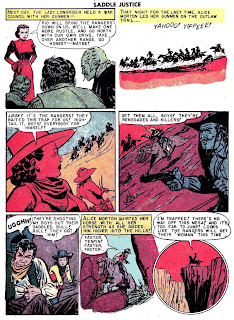 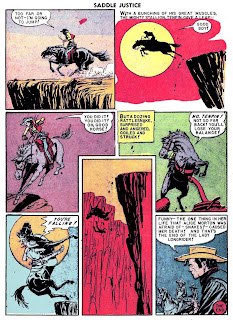 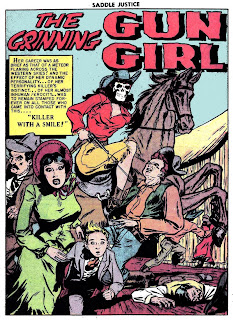 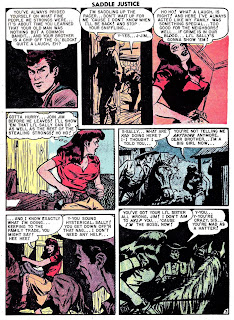 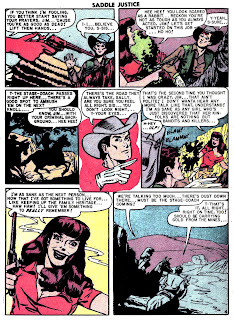 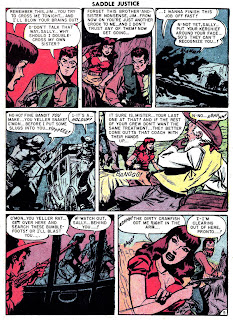 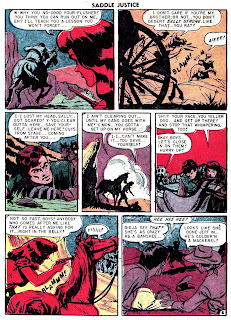 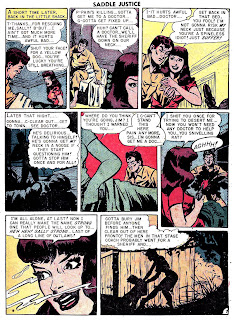 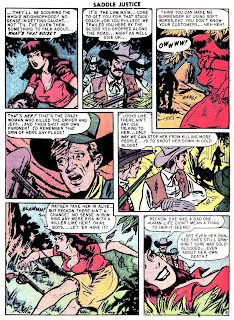 Most comics artists (even good ones) come up with all kinds of tricks to avoid drawing horse anatomy when working on westerns because, frankly, drawing horses is very hard. As evidenced by the 2nd story in your post, Graham Ingels is better at some of these tricks than most, but Johnny Craig! Man, he draws horses just as well and just as boldly as he does everything else! No surprise, I suppose, but wonderful to see.

Wonderful to see this pre-horror EC title as well as Craig and Ingels doing western comics. Craig's work looks real nice though the height of the sixth panel on the last page is clunky and diffuses the climactic end of Alice Morton. Ingels looks good here too, but again the last page seems wordy and anticlimactic. Didn't EC place the speech balloons before the artwork?

Odyzeus, Johnny Craig worked hard at this art, drawing and re-drawing, according to his own description of his methods. It means he didn't produce as much as the other EC artists and made less money, but I think his attention to detail shows how much pride he put into his art.

HEH, you're right...EC put the text ahead of the illustrations, and your assessment of the last pages of both stories is right on.